Stations are aimed at estimated 22,000 Nepalese and Vietnamese non-resident workers as well as others employed in laundries or the renovation or security industries. 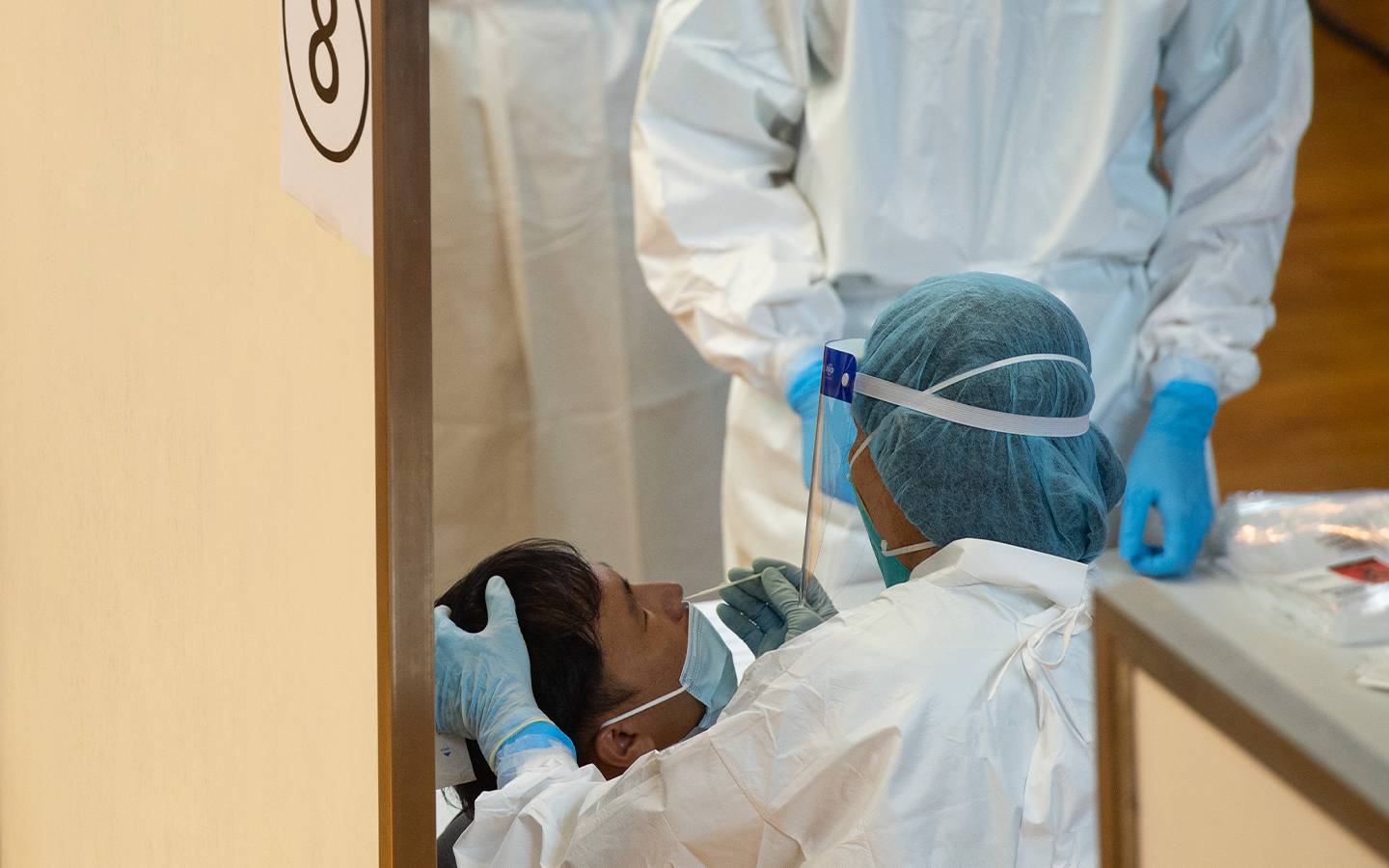 The groups are made up of around 22,000 non-resident workers from Nepal and Vietnam, and local and non-local renovation and laundry workers and security guards, who must all take a series of nucleic acid tests (NAT).

Macao’s most recent Covid-19 clusters include a number of Nepalese security guards and Vietnamese renovation workers.

Tai pointed out that there are only a few hundred places available each day at the 10 new testing stations, which he admitted would only be able to “partially” relieve the long queues outside the regular NAT stations.

Tai also noted that up to 35,000 places are available per day at the five regular NAT stations in the city which are participating in the “high-frequency” testing programme.

The five regular NAT stations are located at the Taipa Ferry Terminal in Pac On, the Macao Forum complex in Zape, the private Kiang Wu Hospital, the University Hospital run by the private Macau University of Science and Technology (MUST), and the Workers Stadium next to the Barrier Gate border checkpoint.

Tai said that anyone who fails to undergo two required tests consecutively will have their Macao Health Code colour turn yellow.

Tai urged residents not to discriminate against those in the five groups covered by the “high-frequency” testing programme, as they have merely been classified by the SSM as “important” groups of people who are potentially subject to a higher Covid-19 risk, as well as those in various occupations such as medical workers, those working in the frozen food sector, customs officers and others working at the city’s border checkpoints since the Covid-19 pandemic. Tai noted that the “important” groups of people in the various occupations have always been subject to regular Covid-19 tests since the pandemic started.

The first two patients of the six-member Covid-19 cluster of quarantine hotel security staff were diagnosed with the novel coronavirus disease on 25 September, while the first three patients of the six-member novel coronavirus cluster of renovation workers were diagnosed with the disease on Monday last week.