Visitor arrivals tail off after 41,000 on first day of Golden Week Link copied 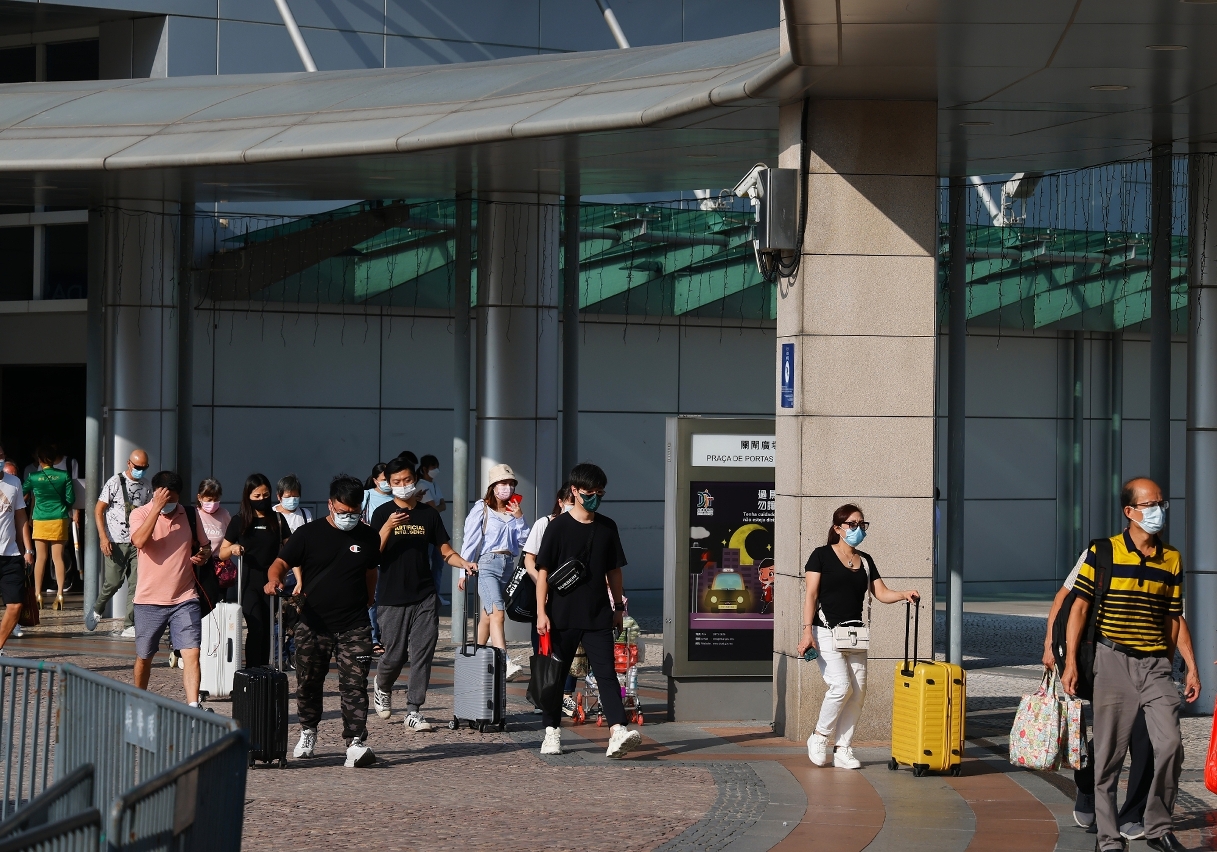 Visitor arrivals have fallen back after the first day of Golden Week when 41,584 people crossed the border.

The MGTO had forecast that as the validity period for the nucleic acid test (NAT) had been extended to 72 hours it would encourage visitors from Guangdong province, so it had been promoting Macao’s events in the mainland.

The “Light up Macao Drone Gala 2022” postponed its first show on Saturday due to poor weather, but it will be put on tonight and tomorrow night.

MGTO Director Maria Helena de Senna Fernandes said that she was happy about the number of arrivals on Saturday, adding that it was a good start. She pointed out that Macao’s overall hotel occupancy rate stood at 40 per cent, while hotels in Cotai reported an occupancy rate of 60 percent.

Senna Fernandes said that 60 per cent of the visitors came from Guangdong, adding that she hoped that they will remain the main source of visitors. She pointed out that as MGTO has been keeping in touch with Greater Bay Area (GBA) cities, she hopes that it can start its caravan promotion work. She said that MGTO plans to visit six cities in the GBA, stressing that the Macao Week promotion drive will also resume as MGTO has been discussing the feasibility with its mainland counterparts.

Looking to the future, Senna Fernandes said that MGTO has also been expanding its visitor source drive, adding that once the Covid-19 pandemic situation “calms down” and when the government allows overseas visitors back into Macao, MGTO will consider launching a “buy-one-get-one-free” promotion to attract visitors from Southeast Asian countries or elsewhere that Air Macau serves.