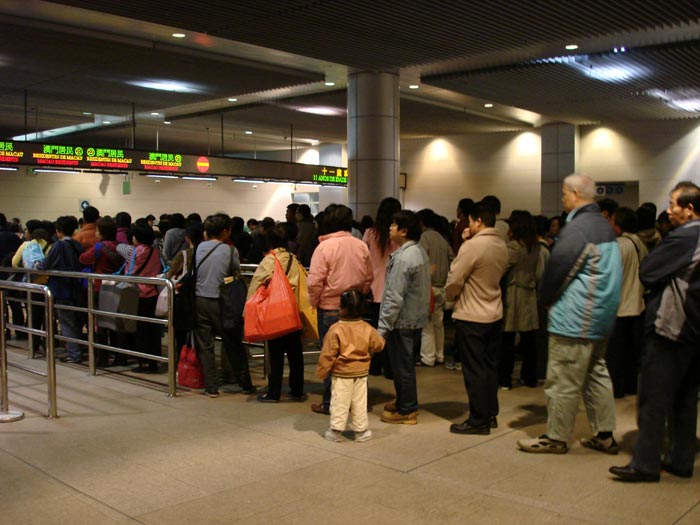 However, compared to the previous month, January’s figure was down 8.6 percent, The Macau Post Daily pointed out.

Visitors from Asia accounted fro 97.2 percent of all arrivals, with the daily average in January standing at 66,969 and tour group members accounting for 54.5 percent.

Visitors from Guangdong accounted for 53.9 percent of all arrivals from the mainland.

Just 5.8 percent of all visitors arrived by air. Some 57.1 percent arrived by land via Zhuhai and 37.1 by ferry from Hong Kong and Guangdong.