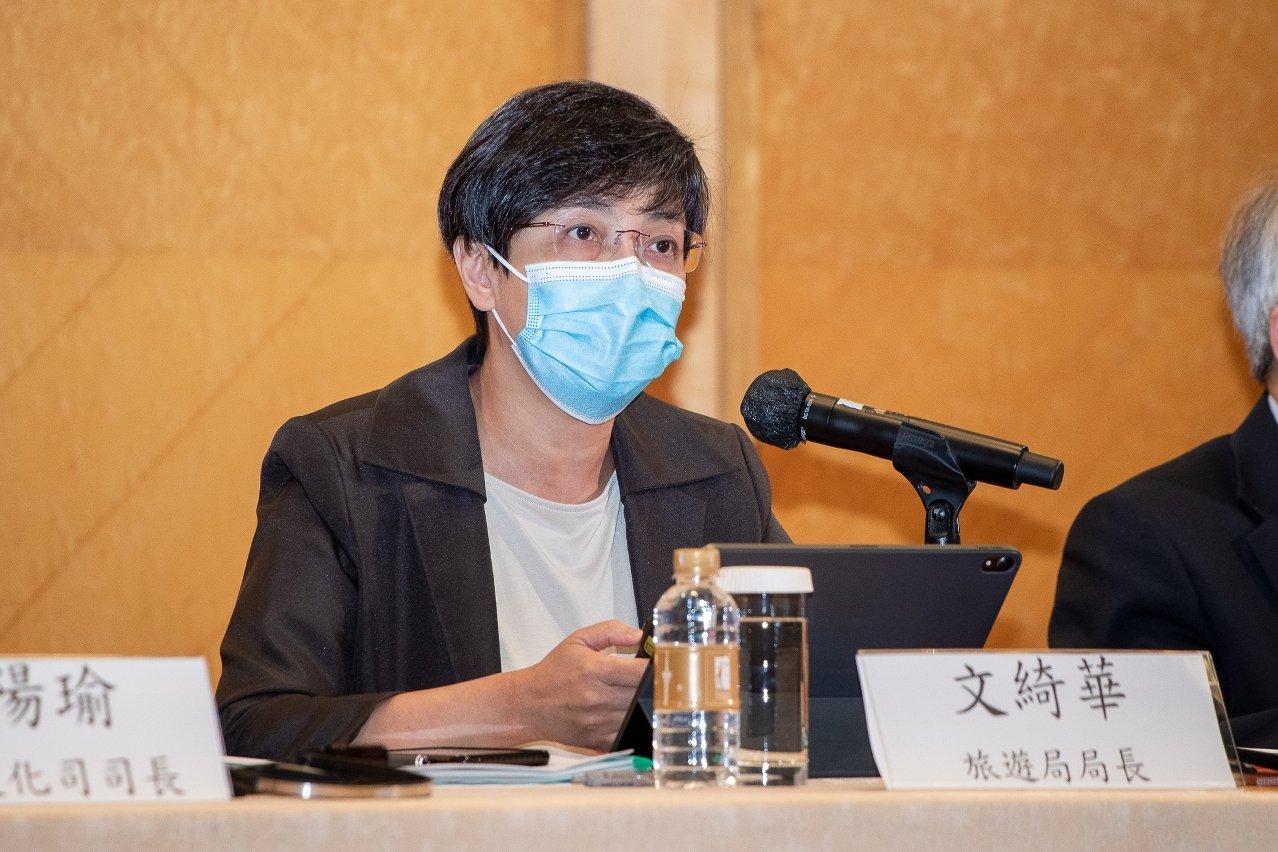 The Macao Government Tourism Office (MGTO) Director Maria Helena de Senna Fernandes noted on Wednesday that until 25 October, a daily average of 21,000 visitors entered Macao from the mainland, adding that at its peak, 25,000 visitors entered Macao from the mainland in one day. She pointed out that occasionally there are more tourists entering the city during weekdays than over the weekends.

Senna Fernandes said that along with the Grand Prix this year, there will be nine more events happening, including the 20th Macau Food Festival and 3rd Annual Macao Winter Carnival, for which she expects 500,000 and 140,000 attendees respectively. She added that she does not worry that the other events will clash with the Grand Prix because, for example, the races take place during the daytime and the food-fest starts only at 5 pm.

The chairman of the United Association of Food and Beverage Merchants of Macau, Kenneth Lei U Weng, said that this year’s food festival, which will take place from 13-29 November, had 195 sign-ups while only 128 booths are available. He said that in order to support new small and medium-sized enterprises (SMEs), the organisers have chosen 48 restaurants which have never taken part before to join the festival. He also said that he has recruited 300 part-timers for the event, adding that some of them are unemployed tour guides.

Lei also said that this was “the best time” to visit Macao because there are a lot of hotel deals, activities, and good food.

Senna Fernandes said that her office was using social media platforms to offer hotel discounts and flight deals. She noted that until 25 October, the government has spent 3.54 million yuan (MOP 4.25 million) on subsidies for tourists. She said the subsidies had helped to generate over 80 million yuan for the local economy. She also pointed out that the government had spent MOP 8.9 million on hotel subsidies and as a result 26,462 nights of hotel stay were booked.

Senna Fernandes stressed that promoting the message that visitors from low-risk regions in the mainland are exempt from 14-day quarantine and medical observation upon arrival at Macao was the most important task at the moment. Secretary for Social Affairs and Culture Elsie Ao Ieong U said at the press conference that organising mega events not only benefits Macao’s tourism industry but also other local sectors with a range of employment opportunities being created. She added that she estimated that the Grand Prix, food-fest and other activities in the “Tour Macao Carnival” series will create job opportunities of more than 100,000 person-days in total for sectors such as construction, catering, wholesale and retail, advertising and manufacturing.

Ao Ieong said that the government has been collaborating with CCTV-5, online influencers and various social media platforms in the mainland to raise Macao’s attractiveness as a travel destination. She also encouraged residents to share and post about Macao’s upcoming events to help promote the city.