Over the last decade, Jenny Mok has been a pioneer of more accessible theatre in Macao, staging productions with actors who have mental and physical disabilities. Theatre director, choreographer and dancer Jenny Mok has long been a champion of better representation on the big stage. She has led workshops for aspiring actors with disabilities in Macao for the last 12 years, which culminated in the premier of Todos Fest! last January. Held at the Macao Fringe Festival, the event series featured a wide cast of performers including those with disabilities and aged 65 and up. The production was so successful, Mok will once again lead a team of local actors with disabilities, in a half-improvised theatre show at the Macao Arts Festival on 28 and 29 May.

A push for inclusivity 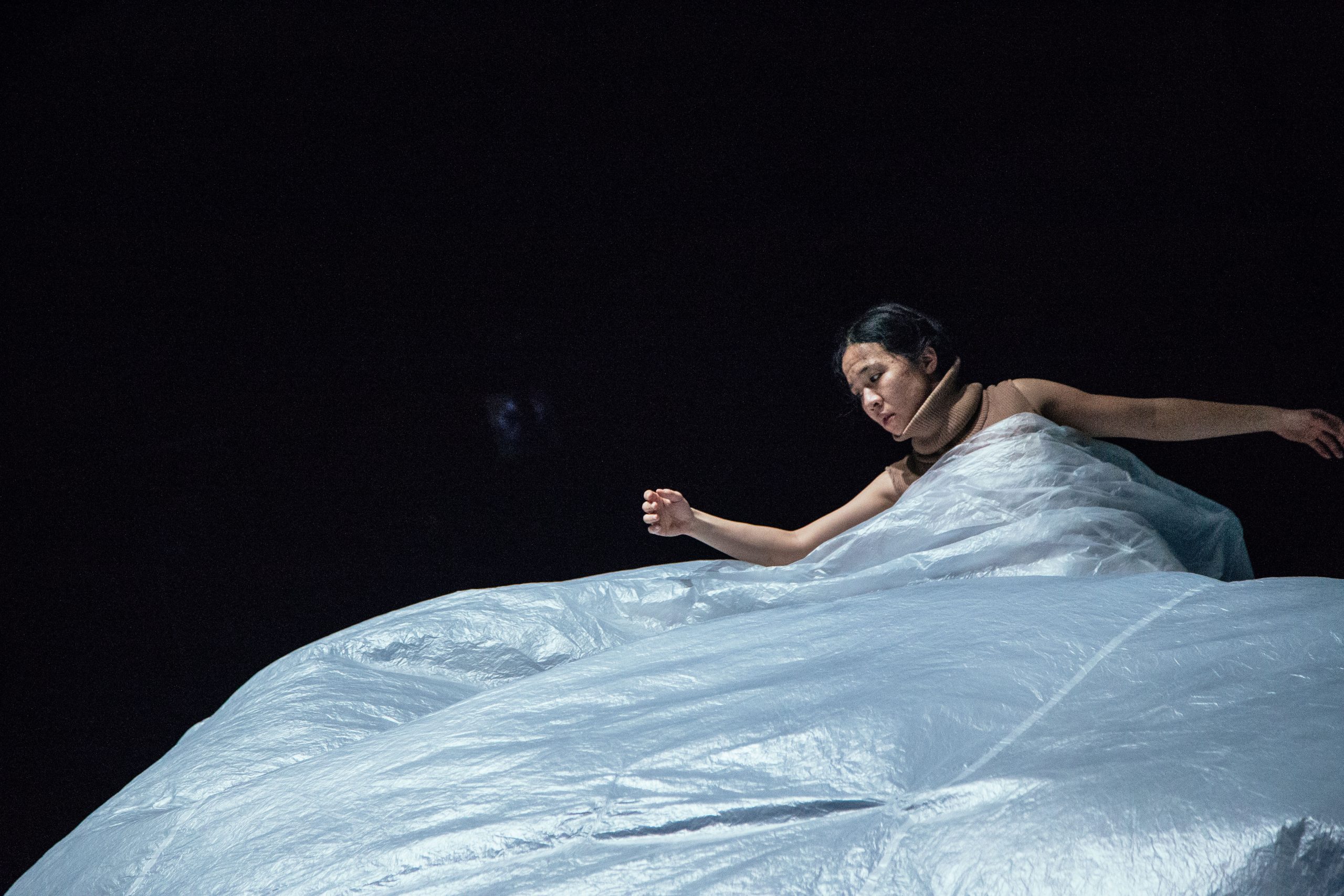 Jenny Mok joined theatre company Comuna de Pedra in 2002 with the company being founded in 1996. The company originally focused on creating more contemporary dance projects, in response to current social issues. Mok took over the company in 2010 after its founders left to pursue other projects, and decided to broaden the scope of its dance and theatre productions, as well as offering arts education to Macao residents with disabilities and special needs, aged 65 and up, and children.

Mok says that her first workshops for people with disabilities were a challenge she needed to overcome, but it’s become easier after more than a decade of running the company. “I felt discouraged at first, because I knew that the individuals I was working with wouldn’t be able to follow the same direction as professional actors. I knew I had to keep them engaged with games and exercises, and allow them to make their own decisions.”

To help navigate some of these issues, she started to embrace improvisational exercises, as a means to better reach her students. “Improvisation gives us the freedom to respond to scenarios, without the limits of instructions. I find it allows me to embrace the actors’ voices and expressions more.”

At just 34, Mok is a young director with ambitious ideas about what she expects from her performers – regardless of who they are. “The actors with disabilities may have performed before, singing or dancing at a gala or function, and the audience would praise them no matter what. That’s not what I want to do – I’m not just teaching them a skill but giving them a platform to express their thoughts.”

A challenge worth rising to

In 2016, Mok had an experience that would change the future of her theatre company. She attended a production by Theater HORA and French artist Jérôme Bel, at the Macao Arts Festival. Theatre HORA is a professional theatre in Switzerland whose performers have all been certified as having a learning disability, and Mok was blown away by the inclusivity and creativity of the show. She approached Theater HORA to find out how they could collaborate.

In 2019, Mok joined forces with the Zurich-based company, pooling their differently-abled players to create the stage play, The Never-ending Task. Mok says the collaboration between her and Swiss director Michael Elber and German musician Chris Weinheimer was a welcome one, and the European team and cast travelled to Macao for the production. Centred around prompts that provide the actors the opportunity to improvise, The Never-ending Task was a milestone for Mok’s company, pushing her and her actors into unchartered territory, including challenges involved with communicating in different languages including English, Chinese, and Swiss German and French.

Following on the heels of this theatrical achievement, Mok started planning her next foray. In January 2020, she launched Todos Fest!, featuring the same cast of eight actors from The Never-Ending Task. The event series, billed as a “mini-festival” within Macao Fringe, included live performances including rap, deejaying, live readings, and improvisational skits in the intimate setting of the stage at the Old Court Building.

To close the series, a group of 30 volunteers with disabilities performed a group dance at the Macao Cultural Centre Art Plaza. The routine was choreographed by Hong Kong artist Yuenjie Maru, who employs theDanceAbility method, an inclusive teaching style for all levels, ages and abilities.

At the reception of Todos Fest!, Mok said it was a boon for her and her performers to perform in what she views as a legitimate setting for their work. “It was received well, as Macao Fringe is an official festival. It showed public recognition that these actors can express their thoughts through art.”

Despite having worked with differently-abled talents for over a decade, Mok says she is still learning how to be more inclusive and open-minded. “Sometimes when we are rehearsing, I wonder how I could make sure they get something right but then I realise I must get rid of this idea, because it’s not about whether they  ‘can’ or ‘cannot’. As a director, I must embrace diversity – that’s my job.”

An improvised and experimental comeback This month, Mok will yet again team up with the same ensemble of actors she worked with on The Never-ending Task and Todos Fest!, as well as with Elber, Weinheimer and Theatre HORA’s stage performers. The production, titled The Never-ending Task of Lust for Failure, will debut at the Macao Arts festival on 28 May.

The show extends the same ideas and methods used in The Never-ending Task while integrating creative input from a separate show, The Pleasure of Failure, originally performed back in Europe.

Mok says that in contrast to Todos Fest!, she expects the performance to be “more absurd and hilarious” with a heavy dose of spontaneity.

“This show is experimental with lots of improvising. I want to question the idea of a ‘failed’ performance. Is it a failure to not give a perfectly-rehearsed performance? If so, I prefer failure.”

Jojo Lam, a core member of Comuna de Pedra and an actor featured in Mok’s past productions, says that the larger venue of the Macao Cultural Centre’s stage requires more confidence than past performances, but it’s a challenge she’s willing to face.

“The venue has a much higher ceiling and a bigger auditorium, unlike the more intimate stage at the Old Court Building where we performed [Todos Fest!] in January. We’ll need to pluck up greater courage, but ultimately challenges like this are beneficial.”

Unlike their last collaboration, the Swiss cast members were unable to travel and meet in person to produce the show, and it necessitated moving rehearsals online. This adaptation posed new challenges to Comuna de Pedra, including equipping the theatre with wireless internet and teaching the actors to use electronic devices, like tablets, in order to participate. The company even purchased some iPads, so actors could interact with their European peers for rehearsals and online productions.

Mok says the experience has been humbling, but one that is worth the extra effort. “I’ve worked with Michael [Elber] and Chris [Weinheimer] before, and already knew they are brilliant and experienced. I have learned so much working alongside them this time, even though it was limited to online. They asked me to lead, and I was overwhelmed, but then realised the only thing I could do was throw myself into it and see how it worked out.”

The Never-ending Task of Lust for Failure will play at the Macao Arts Festival on 28 and 29 May, keeping the company’s philosophy of world-class theatre that is accessible to all alive and well.

To get tickets to The Never-ending Task of Lust for Failure, check out macauticket.com