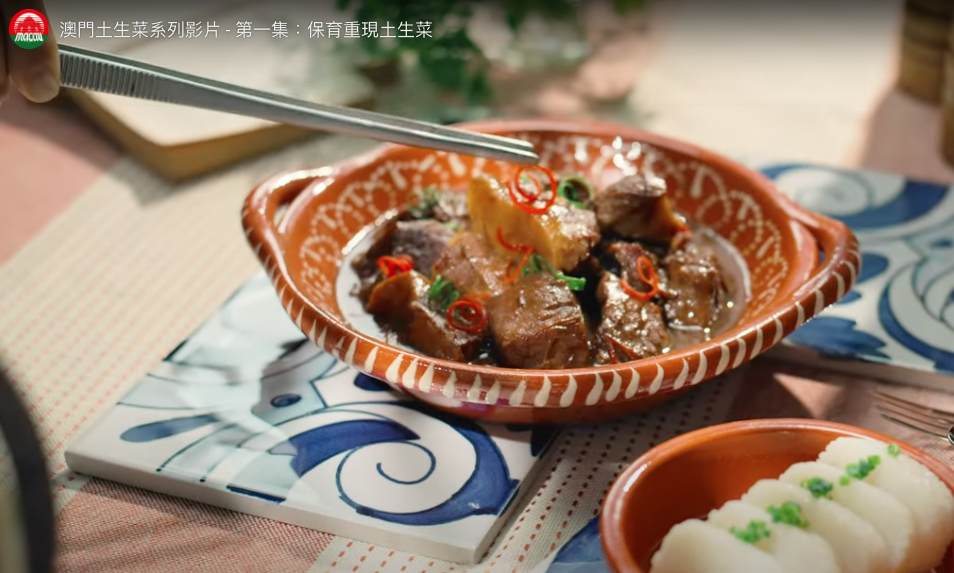 The Macao Government Tourism Office (MGTO) has launched the first video in its Macanese cuisine series on the Macao Gastronomy website “to manifest the cultural heritage and culinary artistry of Macanese cuisine”.

According to the MGTO, the video series aims to reinforce the city’s commitment to preserving gastronomic culture as a UNESCO Creative City of Gastronomy in accordance with the United Nations’ 2030 Agenda for Sustainable Development.

The series consists of four videos in Cantonese with Chinese subtitles and sign language interpretation and are released on the eighth of each month until June.

The MGTO produced the series in conjunction with the Macao Institute for Tourism Studies (IFTM) and the International Institute of Macao (IIM). It features a selection of culinary delights from the Macanese Cuisine Database such as stewed pork with tamarind and shrimp paste, as well as fig and winter melon jam.

The tertiary education institution’s designation as a protection unit of Macanese gastronomy, a representative item of the Intangible Cultural Heritage of China, and the efforts involved in preserving and promoting Macanese cuisine were also presented by Coimbra.

MGTO partnered with IFTM, the Cultural Affairs Bureau and IIM to launch the webpage of Macanese Cuisine Database in November 2020 at the same time as a themed corner at IFTM’s library to curate a “collection of recipes, manuscripts, books and publications about Macanese cuisine”, the MGTO pointed out.