While set to be the jewel in SJM’s crown, many of the US$5 billion integrated resort’s facilities and its trophy accommodation have yet to open. 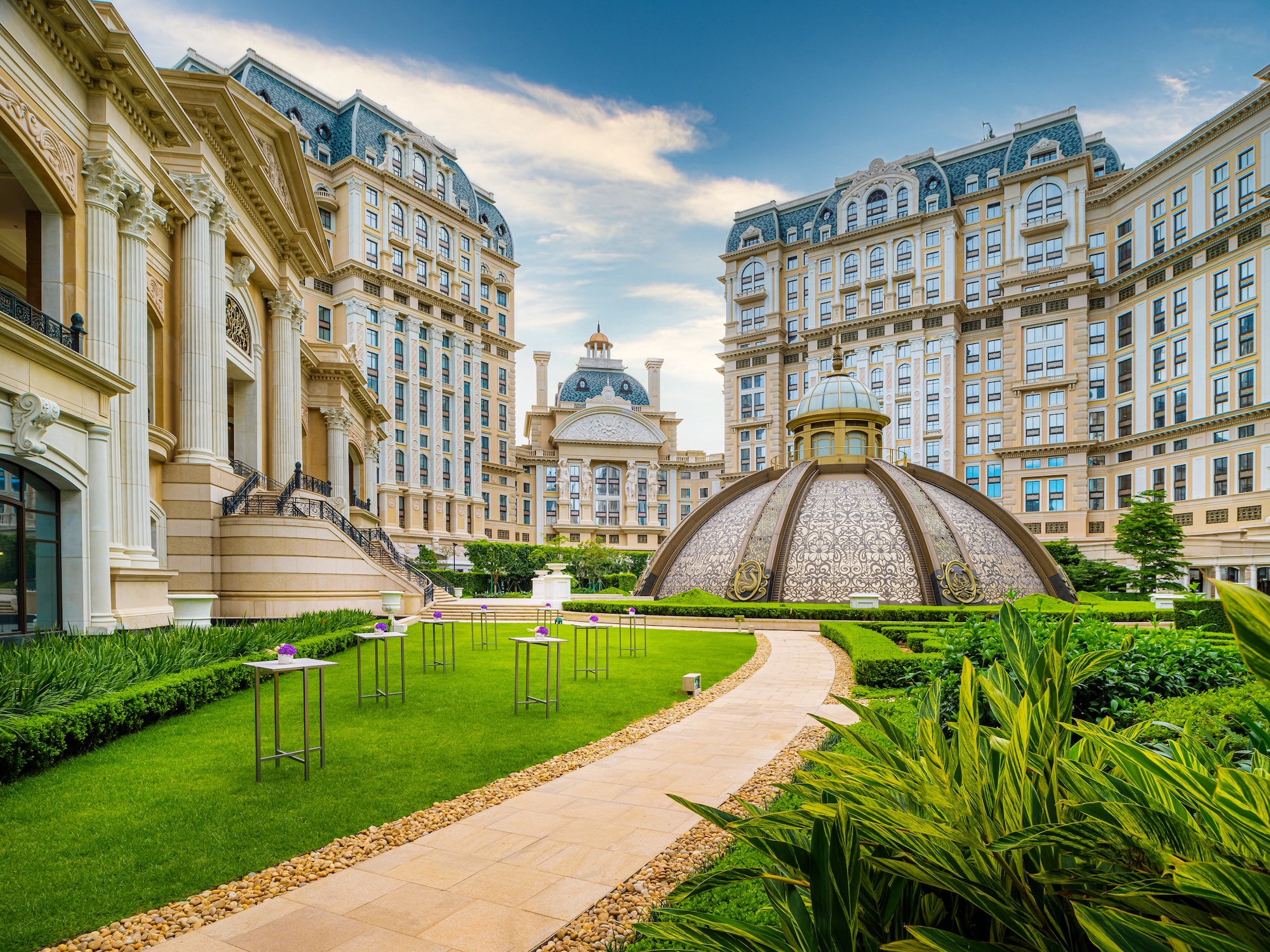 After long years of construction and many months waiting for government approval, Macao’s newest and grandest hotel will throw open its doors to the public at noon today.

Only 300 of the Grand Lisboa Palace Resort Macau’s 1,900 rooms can be booked at present, however many of its restaurants are set to welcome the city’s gourmands.

Built at a cost of MOP 39 billion (US$5 billion) on Cotai and inspired by both traditional European architecture and classical Chinese motifs, the resort joins SJM Resorts’ Lisboa and Grand Lisboa hotels.

“Grand Lisboa Palace has been a much-awaited milestone for us at SJM, and we are thrilled to welcome guests to enjoy our facilities that deliver world-class lifestyle experiences along with a flavour of the East-meets-West cultural uniqueness that is synonymous with Macao,” said Daisy Ho, SJM’s chairman.

“A monumental amount of effort has gone into making this project a reality and it is our attempt to diversify Macao’s tourism landscape by bringing in never-before-seen elements. We remain committed to redefining hospitality standards in the industry and supporting the government in its agenda to develop Macao into a world centre of tourism and leisure.”

Over the next few months, more facilities will be added to Grand Lisboa Palace’s offerings as part of a rolling launch. The two celebrity-branded accommodation wings, one by Karl Largerfeld and the other Asia’s first Palazzo Versace – each with 270 keys – are both eagerly awaited.

Rooms at the Lisboa Palace are currently on offer at MOP 1,599 per night.