Macau, China, 3 Aug – The government announced yesterday the upcoming cancellation of its ferry departure tax, for which each 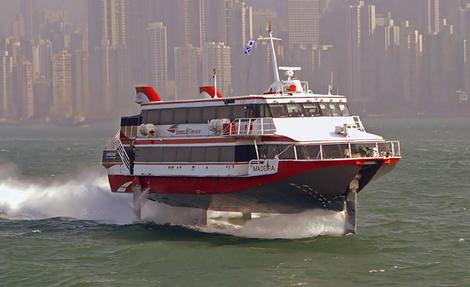 Macau, China, 3 Aug – The government announced yesterday the upcoming cancellation of its ferry departure tax, for which each passenger departing Macau by sea must pay 19 patacas, The Macau Post Daily reports today.

Leong Heng Teng, spokesman for the Executive Council (ExCo), announced the decision in a press conference at Government House in Praia Grande Tuesday. The 10-member council is the government’s top advisory body that discusses all major policy decisions.

Popularly known as “departure tax”, it is actually a fee charged by the government. Legal documents published on the website of the Official Gazette (BO) show that the fee dates back at least to 1971.

However, according to Leong the government began charging the 20 pataca fee in 1991 to help pay for the cost of renovating facilities at the Outer Harbour ferry terminal and staff recruitment for the terminal. The amount was reduced to 19 patacas in 1999.

“With Macau’s economic development in recent years, the Executive Council’s members think that there is enough reason for Macau to cancel the fee,” Leong said.

“The increase in fuel prices has driven up the price of tickets. We should make good use of Macau ’s current financial situation to make policies that are helpful to the city’s social and economic development, as well as its tourism sector,” Leong said.

The cancellation of the fee will take effect 30 days after the respective by-law is published in the Official Gazette, according to Leong. He did not give a timeline. However, an informed government source said the cancellation was expected to take effect “within the next few weeks.”

Meanwhile, the departure tax paid passengers at the Macau International Airport will remain intact. The airport charges each departing passenger 90 patacas. Transfer passengers and those departing from the airport within 48 hours after arrival are charged 40 patacas.(MacauNews/Tourism)