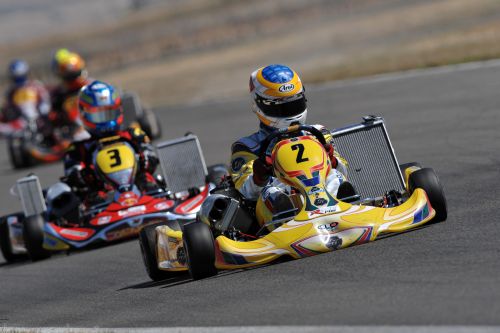 A total of 350 drivers and riders from 38 countries and territories will be competing in the upcoming 60th Macau Grand Prix which is budgeted at 230 million patacas – the highest ever.

The special two-weekend programme to mark the annual event’s diamond jubilee has resulted in a 40 percent budget increase, according to a previous announcement by the government.

Government-appointed Macau Grand Prix Committee Co-ordinator Joao Manuel Costa Antunes said in a press conference at Macau Fisherman’s Wharf yesterday that the committee had more than doubled the number of drivers and riders this year.

Costa Antunes said that newly crowned F3 drivers such as Jordan King from Britain, Yuichi Nakayama from Japan and Sun Zheng from mainland China will be making their debut in Macau.

Costa Antunes also said that nine newcomers and many returning heroes such as eight-time winner and two-wheel king of the Guia Circuit Michael Rutter are on the entry list for the 47th Macau Motorcycle Grand prix. The race will also see Welsh rider Ian Lougher making his last-ever racing appearance.

The committee’s sporting subcommittee co-ordinator Chong Coc Veng said that a string of new races have been added to the event for the diamond jubilee celebration, such as the Audi R8 LMS Cup, whose entry list includes two female drivers, Zhang Ran from China and Rahel Frey from Switzerland, as well as Hong Kong superstar Aaron Kwok.

In one of the new races, spectators will see past Macau Grand Prix winners and alumni such as Martin Donnelly, David Brabham, Emanuele Pirro, Julian Bailey, Nicola Larini and Stefan Johansson battling it out on the Guia circuit.(macaunews)