Only green Macao Health Code holders allowed to attend services, although people who cannot attend Mass due to sickness ‘are forgiven’. 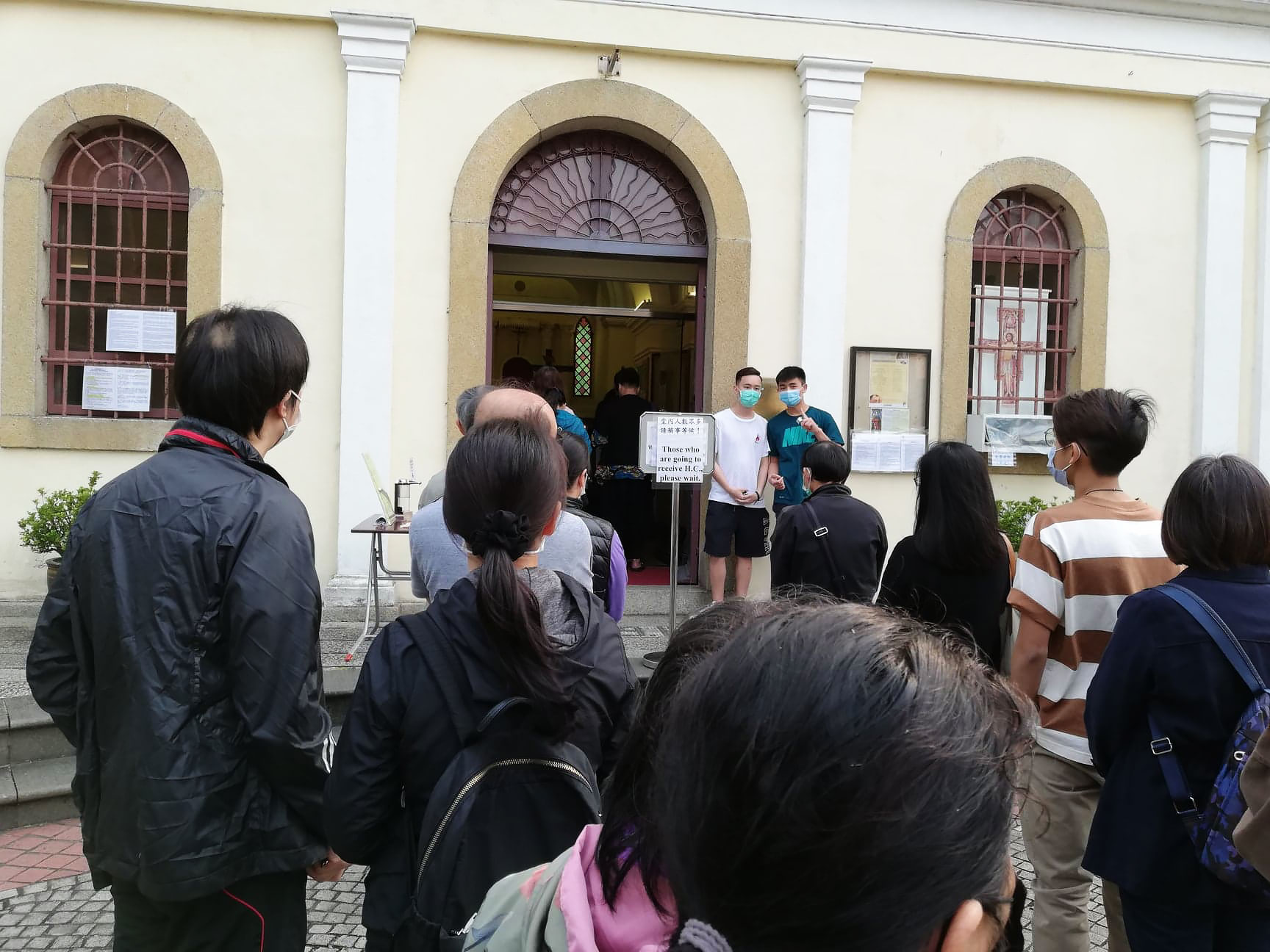 Worshippers must follow a three-point Covid-19 prevention plan before entering any of Macao’s Catholic churches in future.

Macao Catholic Diocese Secretary General Reverend Cyril J. Law, Jr, said that firstly the faithful, both residents and visitors, would have to show a green Macao Health Code whenever entering a church, including for Saturday and Sunday Masses. Anyone without a smartphone would need to fill in a form prior to entering.

Secondly, worshippers would need to have their temperature checked, use hand sanitisers and wear a facemask.

Thirdly, Reverend Law said that anyone with flu symptoms, such as constant coughing, fever and a runny nose should see a doctor instead of attending church services. He underlined that the diocese “forgives those who are absent from Mass due to sickness”, The Macau Post Daily reported.