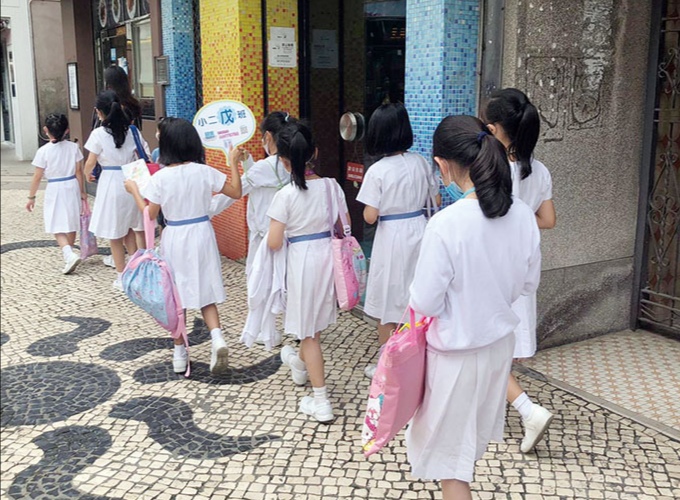 Around 18,000 Primary 1 to 3 pupils from 59 schools returned to school on Monday, the Education and Youth Affairs Bureau (DSEJ) said in a statement.

The schools had followed the class resumption guidelines issued by the bureau to disinfect their campuses and strengthen their hygiene measures, as well as to conduct a drill on class resumption, the statement said, adding that all school staff and cross-border pupils had passed their nucleic acid tests (NATs) before the resumption of in-class teaching on Monday.

Monday morning, DSEJ officials went to a number of schools to monitor the situation. According to the statement, the schools implemented a raft of epidemic prevention measures “in a strict and orderly manner”, adding that “the overall operation was smooth.”

In the early stage of class resumption, it is suggested that parents, teachers and counsellors provide more support and concern for the pupils, and help them adapt to the learning environment again, and establish good living and hygiene habits, the statement said.