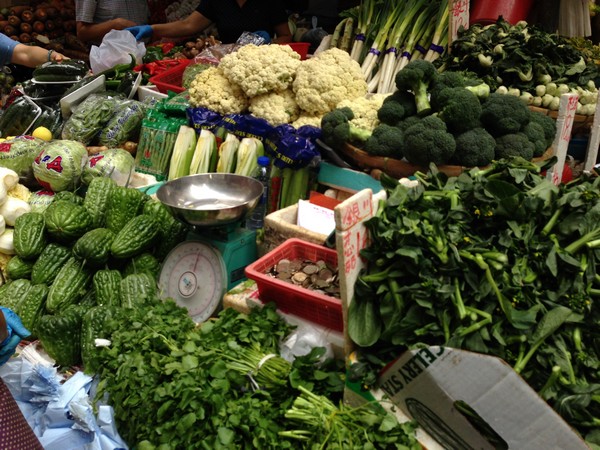 The Macau Customs Service said in statement on Monday their officers and officials of the Food Safety Centre have seized about 586 kilogrammes of smuggled food from six eateries and two vegetables stalls near the Barrier Gate checkpoint.

The Customs Service said in the statement that their officers and officials of the centre, which comes under the Civic and Municipal Affairs Bureau (IACM), carried out a five-day joint inspection from Monday last week. During the inspection some smugglers were found carrying food such as vegetables and processed food to various locations near the Barrier Gate checkpoint.

After putting the smugglers under surveillance, customs officers and Food Safety Centre staff inspected six eateries and two vegetable sellers and seized about 586 kilogrammes of smuggled food such as 564 kilogrammes of vegetables, 19 kilogrammes of processed food and three kilogrammes of mushrooms, according to the statement.