The local headquarters of the Cooperation and Development Fund between China and Portuguese-speaking countries (PSCs) was officially opened on Thursday. 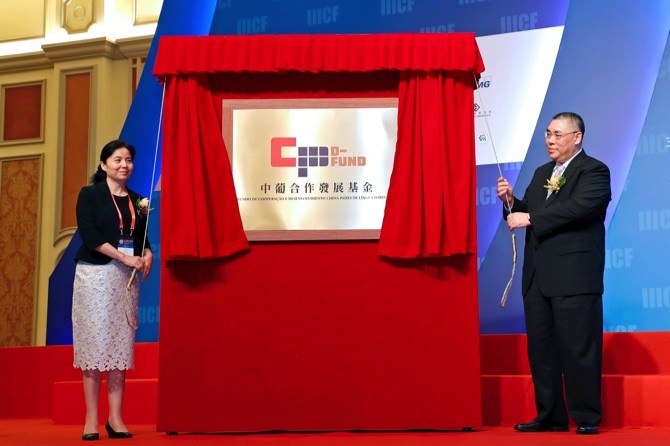 The local headquarters of the Cooperation and Development Fund between China and Portuguese-speaking countries (PSCs) was officially opened on Thursday, according to the Macau Post Daily.

The government said that the establishment of the headquarters in Macau would allow local companies easier access to their counterparts involved in projects in PSCs.

The headquarters will be temporarily housed in the Small- and Medium-sized Enterprises Service Centre of the Macau Trade and Investment Promotion Institute (IPIM) at China Civil Plaza in Nape, according to an IPIM statement.

The headquarters will later be moved to the Trade and Economic Co-operation Service Platform between China and Portuguese-speaking Countries Complex, after the construction of the complex is completed in three years’ time, the statement said.

The statement said that with the headquarters of the fund established in Macau, IPIM would strive to assist local companies in their co-operation with mainland companies to participate in projects in PSCs.

The complex will be located near the Legislative Assembly in the Nam Van Lake area.

Chief Executive Fernando Chui Sai On and China Development Bank Executive Vice President Ding Xiangqun unveiled the inaugural plaque of the fund headquarters on Thursday. The plaque-unveiling ceremony took place during the opening ceremony of the two-day 8th International Infrastructure Investment and Construction Forum at the Venetian in Cotai.

The central government announced in 2010 that the China-Portuguese-speaking countries (PSCs) Cooperation and Development Fund, with a registered capital of US$1 billion, will be set up. The nation’s then premier Wen Jiabao made the announcement during the 3rd Ministerial Conference of the Forum for Economic and Trade Cooperation between China and Portuguese-speaking countries in Macau.

According to the statement, the China-PSCs Cooperation and Development Fund has so far invested in US$35 million in three projects in three PSCs, namely an agriculture project in Mozambique, an electricity supply project in Angola, and a solar power station project in Brazil.

According to the statement, the China-PSCs Cooperation and Development Fund was incorporated in Macau in the middle of last month.