Angela Leong On Kei has been Managing Director of Sociedade de Jogos de Macau, S.A., since December 2010 and is a member of the Macao Special Administrative Region’s Legislative Council. 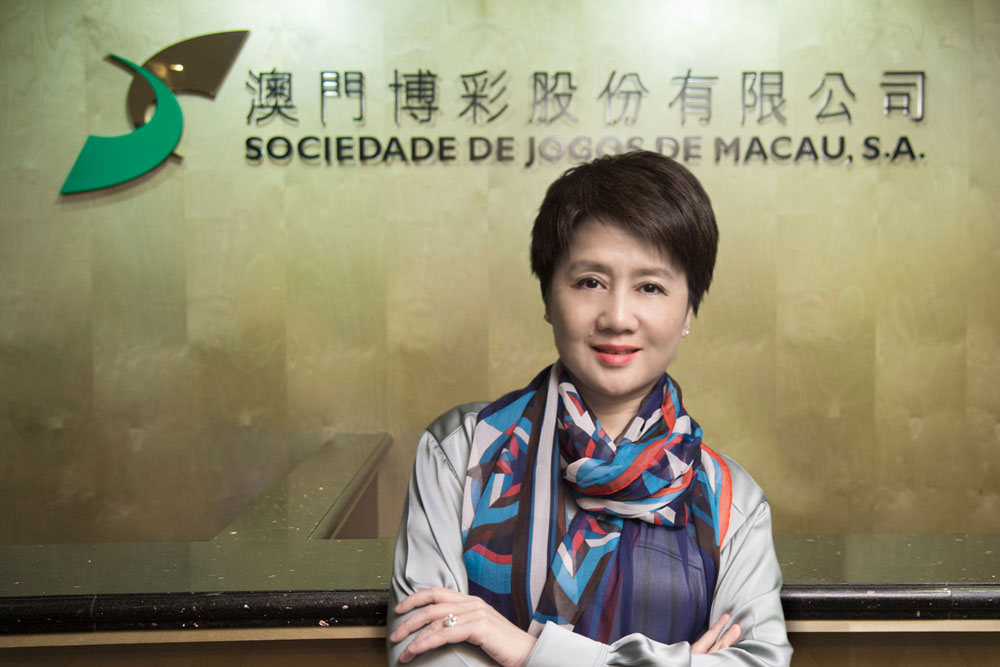 Angela Leong On Kei has been Managing Director of Sociedade de Jogos de Macau, S.A. (SJM), since December 2010 and is a member of the Macao Special Administrative Region (SAR)’s Legislative Council. She is fluent in Cantonese and Mandarin.

Born in Guangzhou in 1961, Leong moved to Macao in 1982. In the early 80s, she found her first job as a dance instructor, working four part-time positions teaching ballroom dance and aerobics. Her passion for dance inspired her to establish the Macau Dance Sport Federation (MDSF), organising international competitions and creating a platform for dancers to exchange talents. Under Leong’s leadership, several regional and international dance competitions have been held such as the 2005 East Asian Games and the 2007 Asian Indoor Games. With immense support from the Sport Bureau of Macao SAR Government, MDSF dancers achieved distinction in the 2010 Asian Games (in Guangzhou).

Leong has been awarded the Bronze Bauhinia Star, which was conferred to her by the Hong Kong SAR in 2015, as well as the Medalha de Merilo Industrial e Commercial, conferred by the Macao SAR in 2009. As if she didn’t have enough on her plate, she is also involved in local and international charity organisations in Macau, Hong Kong and beyond.

Managing one of Asia’s largest casino companies, Leong hopes to revive SJM with its first Cotai resort. She is confident that this project will bring in more diverse non-gaming elements to Macao.