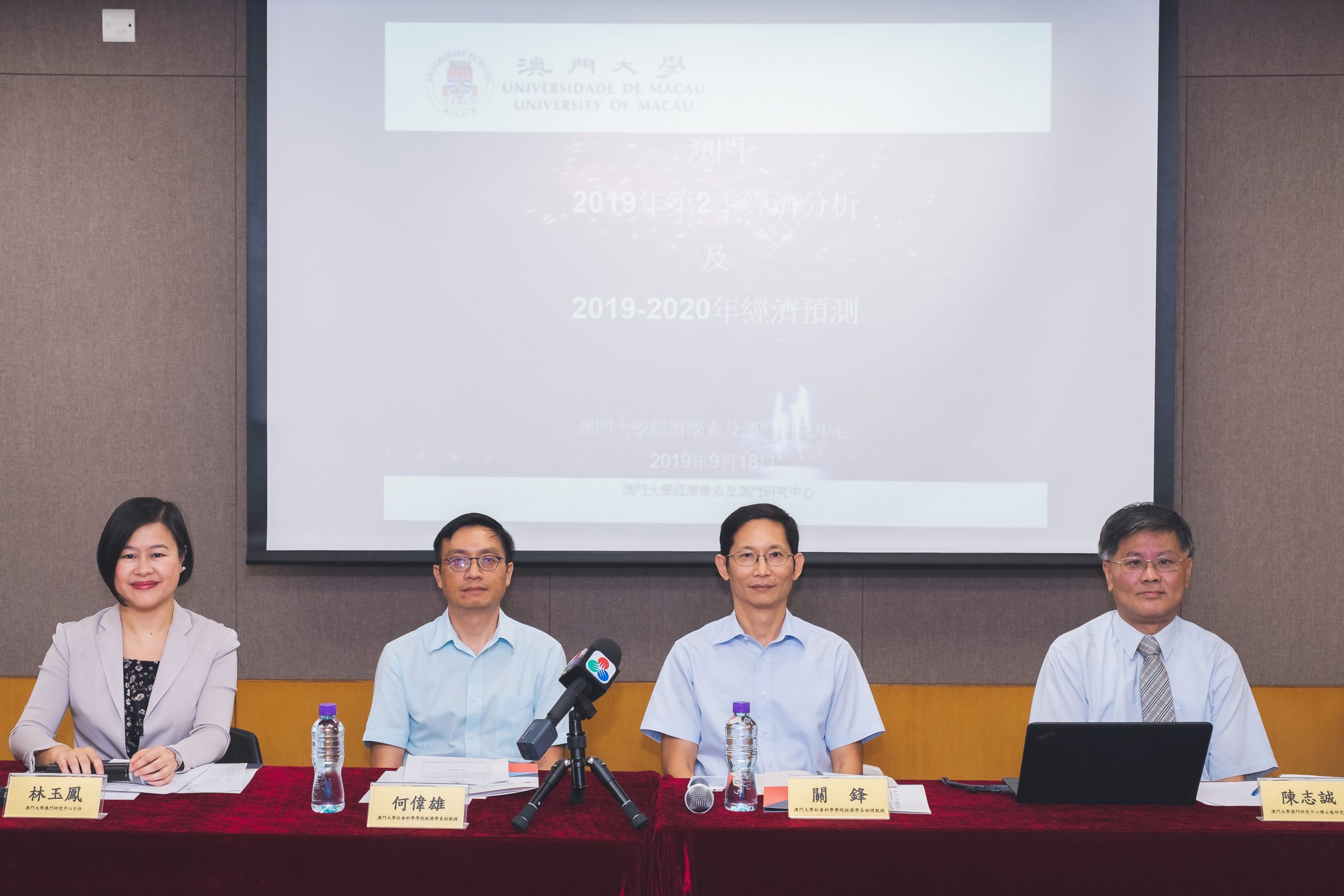 The University of Macau (UM) forecast on Wednesday that Macau’s economy will shrink 0.8 per cent this year and 0.9 per cent next year.

The forecast was jointly announced by the public university’s Department of Economics and UM Centre for Macau Studies (CMS) during a press conference on the university’s Hengqin campus.

According to the Macau Post Daily, the annual Macau economic growth forecast by the university is based on the Macroeconometric Structural Model of Macau which was developed by economists at the UM Department of Economics.

The Macroeconometric Structural Model of Macau is a quarterly simultaneous-equations econometric model which currently covers seven segments of the Macau economy – consumption, investment, external sector, prices, government, the labour market, and the monetary sector, the Department of Economics says on its website. Time series data used start from the first quarter of 1998 and are updated once new data are available. Its results provide the community with a “timely” understanding of the state of Macau’s economy and can help decision-makers to make “prudent” choices for the future, the department says.

According to the Statistics and Census Bureau (DSEC), Macau’s GDP shrank 3.2 per cent year-on-year in real terms in the first quarter of this year, while the city’s economy recorded real negative growth of 1.8 per cent in the second quarter.

If the China-US trade negotiations end with a favourable outcome and mainland China’s economic growth stabilises, Macau’s economic growth is expected to be more optimistic, according to the quartet at the press conference.

However, if the Sino-US trade negotiations break down and the Chinese mainland’s economic growth continues to slow down, Macau’s economic growth prospects become more pessimistic, according to the press conference.

For the city’s domestic demand, if investment continues to shrink, the possible modest growth of private and government consumption expenditures may not be enough to turn the local economy around, according to the press conference.