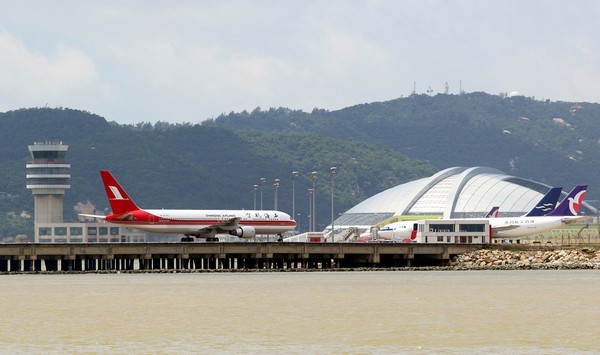 Driven by the tourism market of Southeast and North Asia, Macau International Airport (MIA) achieved record-breaking passenger volume in 2015. During the year, MIA passenger count surpassed 5.8 million, representing an annual increase of 6.4 per cent, which is a new record for MIA.

Meanwhile, the aircraft movement reached over 55,000 and recorded a 6 per cent increase comparing to 2014; the volume of cargo surpassed 30,000 tons, representing a 4.5 per cent increase against last year. At present, there are 30 airlines operating in MIA serving 43 destinations.

The new routes include Haikou and Wanzhou of China, Ho Chi Minh City and Haiphong of Vietnam, Phnom Penh of Cambodia, Maldives, Palau and Pattaya of Thailand.

During the year, China Taiwan and Southeast & North Asia route passengers both recorded an increase – 9.6 per cent and 11.4 per cent respectively; while Mainland China passengers recorded a slight drop of 1.4 per cent as compared to last year.

MIA passengers are mainly accounted by Southeast and North Asia route travellers, taking up 40 per cent of the overall market, followed by the Mainland China and China Taiwan route passengers, accounting 33 per cent and 27 per cent respectively.