Long years of hard work rewarded with prestigious MBE as sister of founder Andrew Stow contemplates handing over to her niece, Audrey. But she’s not going anywhere just yet. 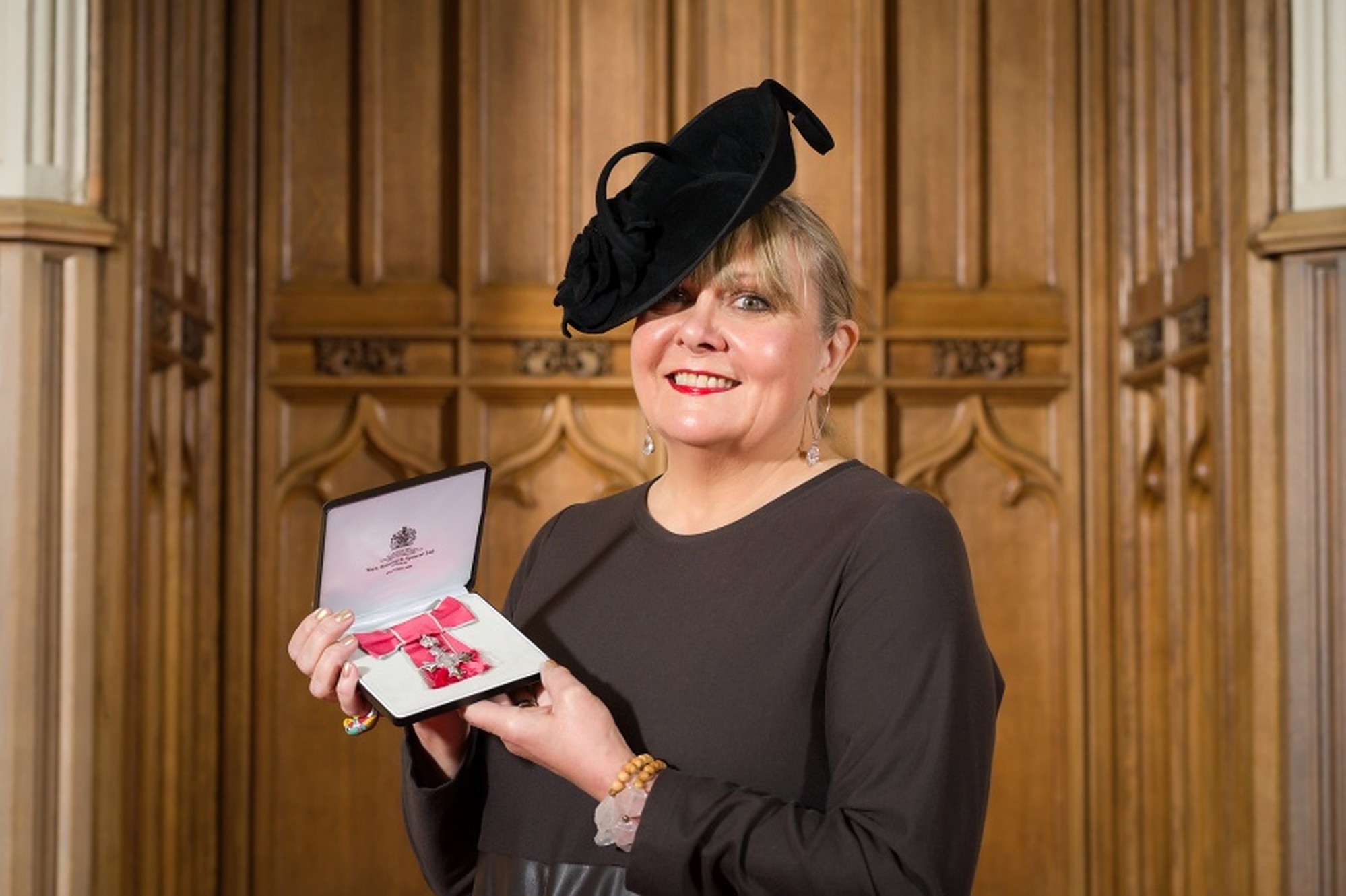 It’s a holiday season with a difference for Lord Stow’s Bakery supremo Eileen Stow, who is spending Christmas and New Year in quarantine after a lightning dash to the UK to be invested with her Most Excellent Order of the British Empire (MBE).

The award, which is personally approved by Queen Elizabeth II, carries considerable prestige, and was granted to applaud Stow’s services to British business, education and culture in Macao.

Marooned in a runway-view room at the not wildly exotic Treasure Hotel by the airport, she took a few minutes to reflect on both her much-deserved “gong” (Brit-speak for medal) and long years at the helm of the city’s most admired bakery whose egg tarts are the stuff of legend – and the essence of deliciousness.

Macao News: We had been hoping to headline this story ‘Queen of England meets Queen of Tarts’ – but it didn’t work out quite like that, did it?

Eileen Stow (ES): Her Majesty is not undertaking public engagements, so I was invested by The Prince of Wales. It was humbling to receive my award alongside so many great individuals: first to be presented that morning was an old friend – Hong Kong’s previous British Consul General, Caroline Wilson, who is now Ambassador to Beijing.

There were also many awards for people who’ve taken part in the Covid-19 response – now that’s heroic. Waiting my turn, sitting in The Queen’s Drawing Room, looking directly at van Dyke’s painting “Charles I in Three Positions” was unreal, unforgettable. It would not be acceptable etiquette to tell of my conversation with Prince Charles!

Macao News: You first learned about your award back in late 2020: it must have been a bit of a surprise?

ES: I was knocked sideways and immediately gulped back tears knowing how damn proud my late parents would have been. I had to keep silent for almost a month until the official New Year’s Honours List appeared in the London Gazette – that was difficult! The staff were thrilled of course, and threw a party for me to celebrate. I was really touched.

Macao News: You decided to fly back to get your MBE despite all the Covid-19 complications; was it worth it?

ES: Preparations for and travel to London was the most anxiety-ridden experience I can recall, and the journey back wasn’t any better! However, on entering Windsor Castle and meeting The Prince of Wales I knew I would not have missed that moment for the world. It was the greatest experience of my lifetime.

Macao News: Speaking of travel, fewer tourists in Macao mean fewer sales. How have you coped with the drop in visitor numbers?

ES: So far we have just knuckled down and taken the losses, cutting some costs where we could. In 2019 we were selling an average of 22,000 egg tarts a day.

Since Covid we have been veering from around 2,000 at our lowest ebb to 9,800 a day for this December – they’re still all handmade, of course. I always thought something like bird flu might break out and affect our business particularly, so we made sure we had a good cushion in the bank to support the livelihoods of our 145 employees. Nobody has been laid off, I hasten to add.

Macao News: Your brother Andrew launched the bakery back in 1989: just recap the legend for us, please.

ES: Andrew had been working as an industrial pharmacist in England but left for Macao when his boss refused to give him a pay rise. After a couple of other jobs he decided he’d try his hand at baking, realising that to be successful it needed to be treated as a science – although his recipe for egg tarts was slightly trial-and-error. Fortunately, he hit on a winning formula, inspired by Portuguese egg tarts but with an English twist.

He opened in Coloane (cheap rent!) and today we have seven outlets in Macao and small family franchises in Japan and the Philippines, plus an exclusive licence at The Mandarin Oriental Hotel in Hong Kong. I came out to help Andrew in 1993 and have been here ever since. I should make it clear we are not members of the British aristocracy – “Lord Stow” was a jokey nickname given to him by Portuguese friends.

It’s interesting to note that had Andrew got that pay rise, the culinary world of Macao would have a large hole in it today.

Macao News: What were you doing in the UK before you came to Macao – and did you have to negotiate a steep learning curve?

ES: I was General Secretary to the British Academy of Songwriters, Composers and Authors. I had worked in songwriter organisations for 15 years dealing with diverse matters, all of which fell into line when it came to managing a small business here. Of course, business is business – the same rules apply whether you are selling songs or sausages. The learning curve was adapting to the culture here.

Macao News: Andrew got a medal from Macao – so it might be said that your MBE is its twin.

ES: Andrew received a Medal for Services to Tourism from the Macao Government in January 2006. We were all so proud he was recognised officially for creating Macao’s iconic pastry.  It was timely, because he passed away 10 months later after suffering a severe asthma attack – thank God it was not a posthumous award.

Macao News: You are now Director & Chief Executive of Lord Stow’s, but work closely with Andrew’s daughter, Audrey. How does that pan out?

ES: Audrey is gearing up to take over from me, so I can retire in due course. I hit 65 last October – though I still feel 23! We are taking the idea of my retirement slower now that we both need to work together to bring the business out of Covid. Being very much her father’s daughter, Audrey focuses strongly on food and beverage and I oversee all the administration.

Macao News: So – will you retire to England?

ES: Certainly not. Macao is my home, and I’m staying here, though I wouldn’t mind travelling a bit as soon as that becomes possible. Besides, where would I get a decent egg tart in Britain?