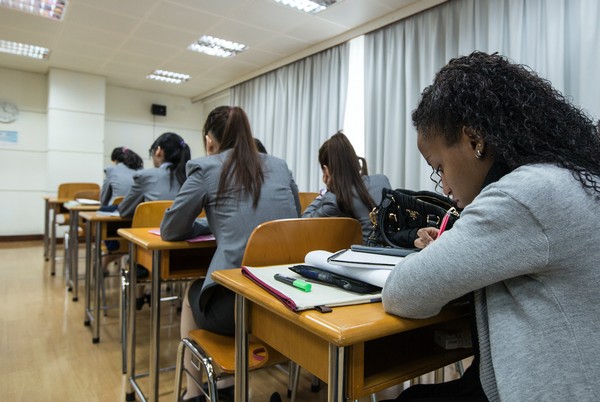 Institute for Tourism Studies (IFT) President Fanny Vong Chuk Kwan suggested on Monday that instead of competing with Zhuhai and Hong Kong in the MICE sector, Macau should look to co-operate with the two cities to help the business grow in Macau.

Vong made the remarks on the sidelines of the 3rd International Conference on Events (ICE 2015) on the IFT campus.

According to an IFT statement, ICE 2015 is a 3-day event, being held for the first time in Macau. The conference involves scholars and other industry experts from around the world to examine the current trends of the MICE industry, exchange ideas and initiate collaborations.

Speaking to reporters on the sidelines of the conference, Vong said Macau’s MICE industry was still quite young compared to other regions, so instead of trying to compete, she hoped it would look for ways to collaborate with nearby cities.

Vong said that while Macau’s gaming industry boom had pushed the growth of the local MICE industry with its luxury hotels and exhibition spaces, Macau still needed to become more well-known globally as an attractive MICE venue. Additionally, she said, the city needed to improve its infrastructure and human resources to be able to support the MICE business.

Vong said she wasn’t bothered by the drop in MICE visitor numbers, as it only represented one part of the data. She pointed out that many business partnerships had been formed, and many businesses had been able to develop networks through MICE-type events.

She also pointed out that there was still much demand for MICE graduates from IFT, adding that since the tertiary education institute began teaching MICE courses in 2005, it had generated 400 to 500 graduates who were added to the local MICE workforce, so she was optimistic about the future of the local MICE sector.