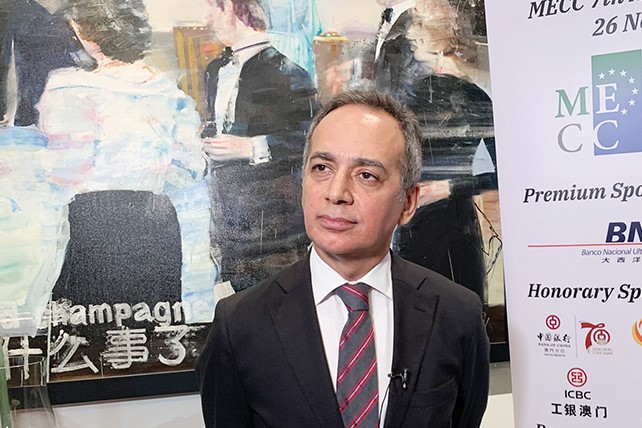 Simões made the announcement at the MECC 7th Anniversary Cocktail Reception held at Clube Militar in Avenida da Praia Grande.

According to the Simões, MECC members are drawn from the eight European chambers of commerce and business associations in Macao such as France and Germany, along with Austria and Italy which both recently joined the MECC.

Simões pointed out that during the COVID-19 pandemic in April, when Europe was hit by the first wave of the novel coronavirus, the MECC made a donation to both the Italian and the Spanish Red Cross organisations for the purchase of medical equipment. He did not say how much the local chamber donated to the two organisations.

Simões also said that when most people were stuck at home, the MECC made its online platforms available to promote the services and products of Macao’s local small and medium-sized enterprises (SMEs).

On the sidelines of the event, Simões told reporters that businesses with a European background and local SMEs suffer the same problems as any other businesses in Macao, adding that without tourism it has been difficult for business owners.

When asked how his chamber helped the business owners, he said that he did not ask for loans and subsidies from the government but spoke out about the urgency of lifting entry bans and have a travel bubble with Hong Kong. He said that if visitors from Hong Kong could be exempt from quarantine, the city’s economy and businesses would “get better”.

Hong Kong health officials on Thursday reported over 80 new COVID-19 cases for the third day in a row.