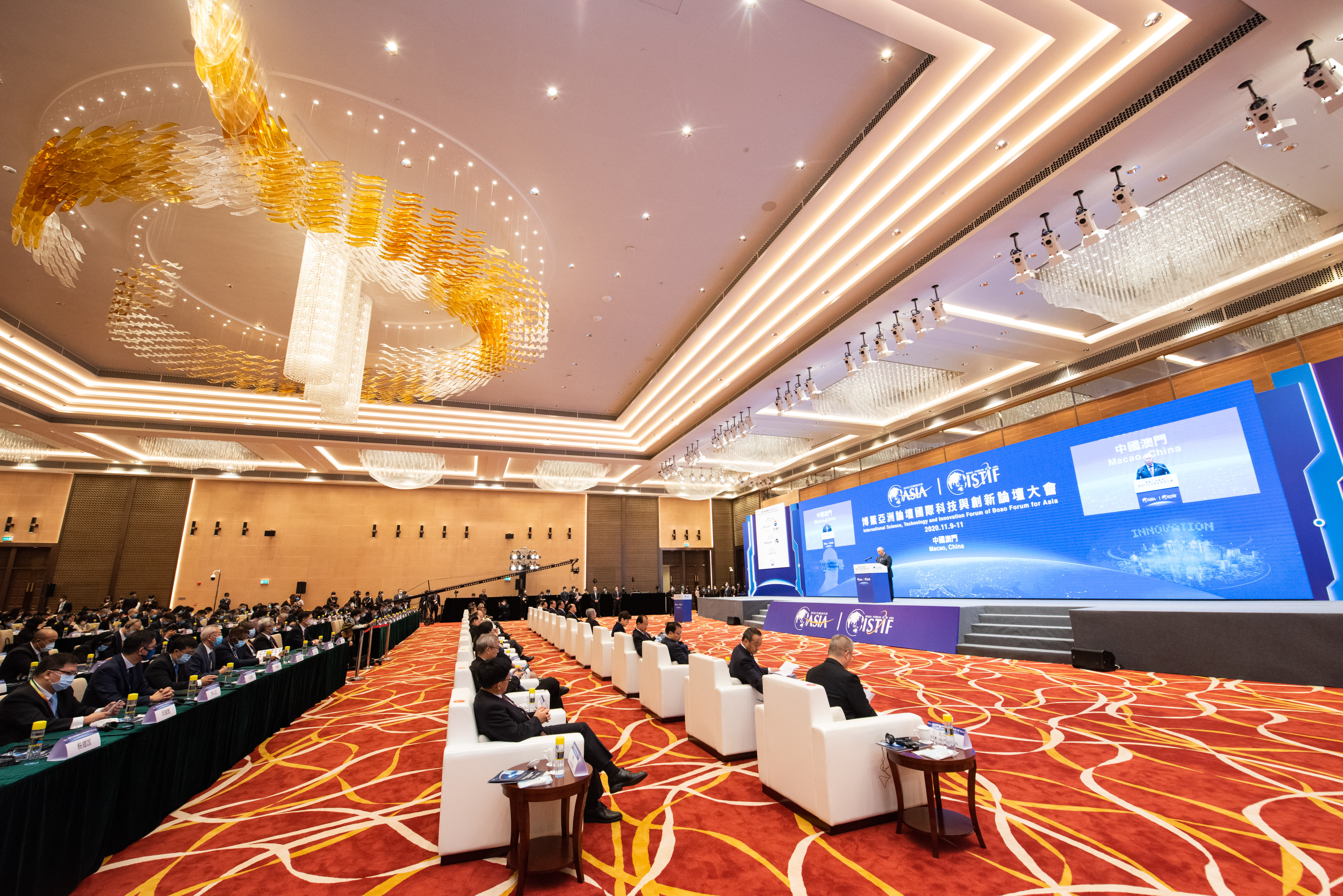 Li made the remarks during the first ISTIF’s closing press conference at Grand Hyatt in Cotai on Wednesday. The 1st ISTIF was held at Service Platform Complex for Trade Cooperation between China and Portuguese-speaking Countries in Nam Van earlier this week. President Xi Jinping sent a congratulatory letter, which was read out by Chinese People’s Political Consultative Conference (CPPCC) National Committee Vice-Chairman Edmund Ho Hau Wah during 1st ISTIF’s opening ceremony on Tuesday.

Li said that the organisers of the ISTIF had planned to have a science technology expo this year but due to the novel coronavirus pandemic it was cancelled.

Li said this year’s ISTIF had a few special characteristics – the scale, the importance and the participants of the forum. He pointed out that it was one of the biggest during the novel coronavirus pandemic.

Moreover, Li underlined that science, technology and innovation are three important topics and even President Xi places a lot of emphasis on the development of science and technology innovation. He also pointed out that the 1st ISTIF attracted 25 countries and regions and about 1,000 participants, including Nobel Prize winners.

Li noted that the ISTIF held 12 sessions to discuss various “frontier issues” such as 5G technology, aviation technology, biomedicine, and artificial intelligence (AI). He added that almost all the sessions ran over time because of the heated and in-depth discussions.

Li concluded that by categorising the discussions from the three-day event into four points.

Thirdly, Li said that the Guangdong-Hong Kong-Macao Greater Bay Area (GBA) was full of innovative energy. He pointed out that the chief executives from both Macao and Hong Kong – Ho Iat Seng and Carrie Lam Cheng Yuet-ngor – attended the 1st ISTIF showing a willingness to strengthen international interaction and a willingness to contribute to the GBA’s technological innovation development.

Moreover, Li pointed out that ISTIF provides a platform for innovation. He said that most of the attendees believe that innovation ability and policies go hand-in-hand. He also said that research and development work closely with production. He stressed that the forum is a platform for international cooperation and for different countries and regions’ representatives to learn from one another.

Macao Trade and Investment Promotion Institution (IPIM) President Benson Lau Wai Meng said during the press conference that hosting the forum in Macao shows that the central government fully supports Macao’s technological innovation development. He added that the forum has created a platform to improve the related industries.

Macao’s former secretary for economy and finance Lionel Leong Vai Tac is the executive chairman of the presidium of the ISTIF. Leong said during the press conference that the central government wants Macao to act as a platform for strengthening relations with foreign countries.