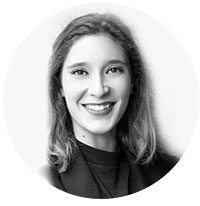 Born and raised in Macao, Leonor now lives between Lisbon and the MSAR. With a BA in English Language & Literature and an MA in Journalism, she is a freelance reporter and writer. Favourite things besides writing are traveling, reading, exercising, and trying new foods.

Wilson Chi-Ian Lam is CEO and Creative Director of Macau Creations. A graphic designer and art curator, he is a member of multiple culture and creativity groups including the Association of Registered Designers of Ontario.

Lilybeth R. Deapera was the Consul General at the Philippine Consulate General in Macao and held the post from January 2015 to 15 January 2021. Born 24 July 1960, she grew up in Quezon City, which is part of Metro Manila, the National Capital Region of the Philippines. She speaks fluent Tagalog, English and Spanish.

Ruan Bester is the founder and practicing veterinarian at the Royal Veterinary Center Macao opened in 2013. He has been in Macao since 2004.