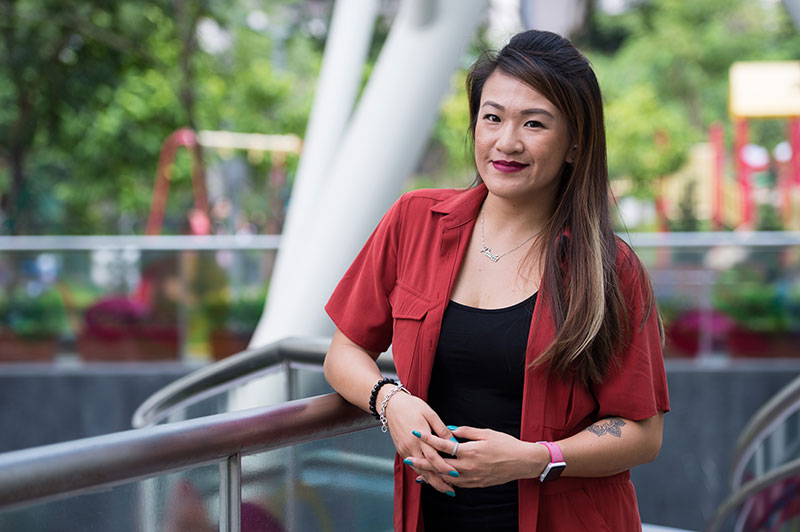 Born in Macao on 23 September 1982, Carion belongs to the eighth generation of the Carion clan, one of Macao’s oldest families dating back to sometime in the 18th century. As a native, she was raised speaking both Cantonese and Portuguese. She learned English in primary school at a time when Macao’s handover to China was imminent. Wary of the unknown and uncertain of what the future would bring, many Macanese sent their children to study abroad or enrolled them in English-based schools within the territory to provide them with an international background.

With a knack for learning languages, Carion graduated from Macao Polytechnic Institute with a degree in Translation (2000-2004). The program included a year abroad at Beijing Foreign Studies University, where the rigorous workload involved 20+ intense hours of practice interpretation and translation exercises per week. Upon completing her program, she immediately landed a job at the Public Prosecutions Office.

Carion was also an internationally renowned karate champion. A three-time medallist at the Asian Games, she won bronze in 2014 at the 17th Games for which she was awarded an Honorary Title by the SAR government. Her journey into martial arts began in Canada around 1993, where, according to Carion, “Life is much less interesting than in Macao.” Thus, she asked her father to enrol her in karate as an extracurricular activity.

Carion’s dedication to and success in karate introduced the Macao brand internationally. A full-time job and a demanding training schedule doesn’t stop Carion from dedicating time to community.

She has performed with local theatre group Dóçi Papiaçám Di Macau whose mission is to resuscitate the Patuá language through the stage for many years. As a child, her family integrated some Patuá words in daily conversation, but it was not until she joined the theatre group that she realised how different a language Creole truly is.

Growing up in a multilingual environment, she explains, does not necessarily give one a very clear idea of language differentiation. Carion started collaborating with Dóçi as a translator. Pátua has been in disuse for nearly 100 years, and Dóçi has been trying to keep it from going extinct through a combination of humour and social criticism. “We tell the truth in a humorous kind of way,” Carion adds.

Carion is also a board member of two local associations dedicated to the Macanese, one of which is the Associação dos Jovens Macaenses that reaches out to Macao’s youth through activities varying from sports to discussions. When asked about what it means to be Macanese, Carion put it quite simply: “I believe it’s about the culture, the tradition and whether you are accepted by the existing community more than one’s background.”

Nevertheless, she admits that a link to Macao is also important common ground. As an advocate for teaching Portuguese language, Carion stresses the importance of learning it as a Macanese and would like to see a bigger effort from the government on this issue. She suggests teaching Portuguese in schools as a second language instead of English.