Lilybeth R. Deapera was the Consul General at the Philippine Consulate General in Macao and held the post from January 2015 to 15 January 2021. Born 24 July 1960, she grew up in Quezon City, which is part of Metro Manila, the National Capital Region of the Philippines. She speaks fluent Tagalog, English and Spanish. 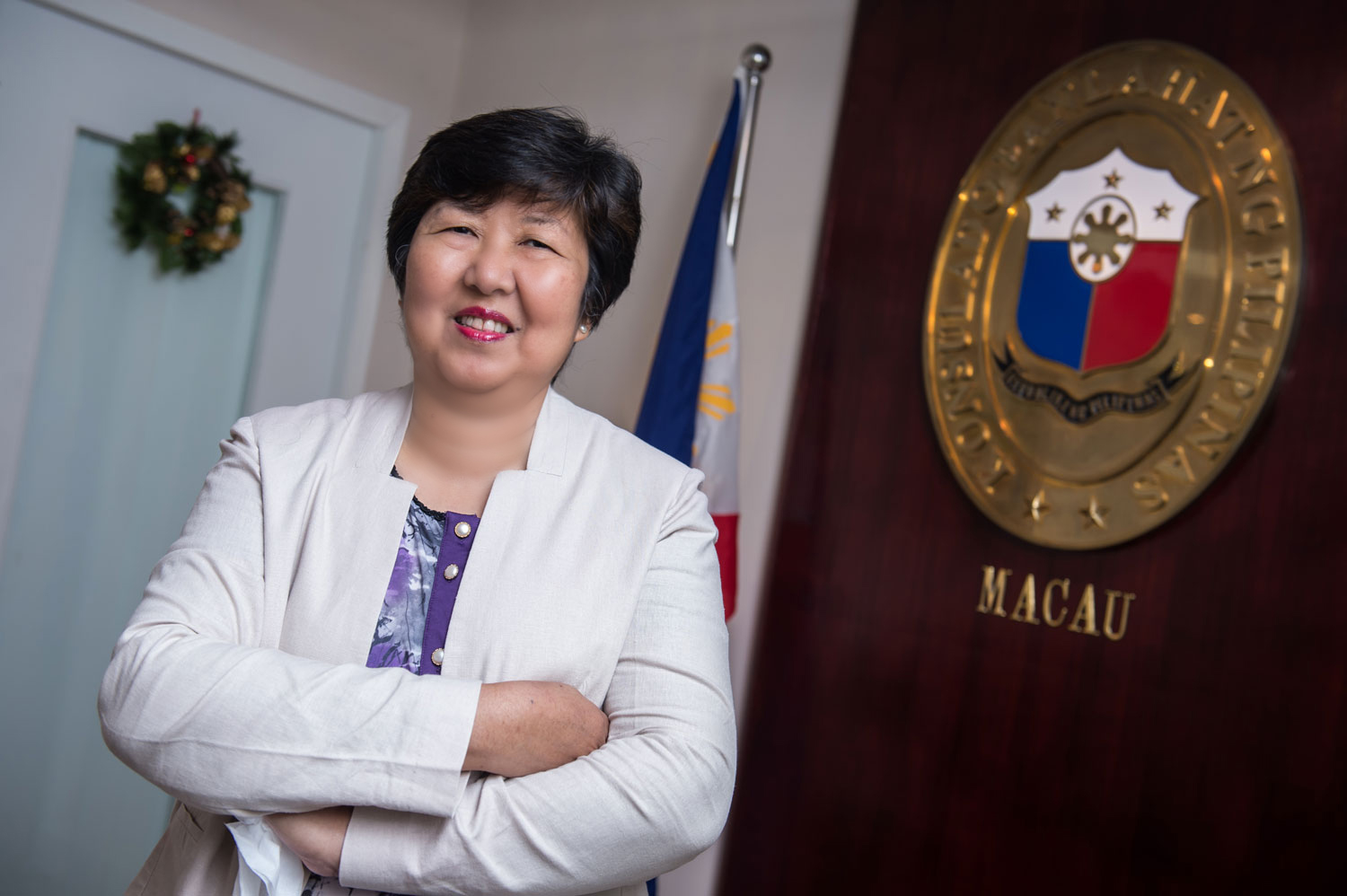 Lilybeth R. Deapera was the Consul General at the Philippine Consulate General in Macao and held the post from January 2015 to 15 January 2021, with Porfirio Mayo taking over her post in July 2021. Born 24 July 1960, she grew up in Quezon City, which is part of Metro Manila, the National Capital Region of the Philippines. She speaks fluent Tagalog, English and Spanish.

The eldest of six daughters, Deapera grew up with a sense of responsibility, and she attributes her parents with greatly influencing her formative years as well as her development. “My father is a combination of conservative and liberal. When we were growing up, he used to say we should not limit ourselves just because we were girls, and he always encouraged us to follow our dreams. We were taught to use a hammer and a saw by [him], and he is a better cook than my mother,” she remembers. Growing up, Deapera’s household was not restricted by the concept of gender inequality, as her father also shared the domestic duties: “He knew how to do all those things: iron, clean and cook. Whenever my mother could not take care of the house, he did it.”

Deapera’s passion for diplomacy was a seed planted many years ago when a grade school assignment required her to prepare a speech pretending to be someone important. Her father helped her prepare it from the perspective of an ambassador.

From a very young age, Deapera’s parents encouraged her ambitions by providing a supportive environment, teaching her to read by the age of five. “Filipino parents put great emphasis on education, no matter their socioeconomic situation. Mine did as well, and this motivated us to study more and get scholarships to continue our education.”

Deapera initially chose to focus on the sciences in high school, but as she struggled with math and really enjoyed reading, she redirected her focus to foreign services, which had a strong language and literature component (and very little math).

After completing her bachelor’s degree in 1980 from the University of the Philippines, she looked for a job in her field for three months. When nothing came up, Deapera worked briefly as a secretary but knew it was not the career of her dreams, and so she went on to pursue a second degree, this time in economics. “My experience taught me that I was not marketable with my Foreign Service degree, so I had to do something to change that.” After a year, she decided that it would be better to shift to a post-graduate course. She completed her Masters in Public Administration in 1990, from the National College of Public Administration and Governance, University of the Philippines.

After passing a battery of tests to qualify as a Foreign Service Officer, Deapera embarked upon her diplomatic career: her first posting was as Vice-Consul, then Consul at the Philippines Embassy in the United Kingdom from October 1996 to September 2003. “I was mainly dealing with consular affairs and meeting with members from international delegations. The bottom line is that you keep looking out for and caring for the interests of the country you represent,” she explains. She also took advantage of her time there to get a Certificate in International Studies (2000) from the University of London.

Deapera returned to the Philippines following her UK posting. After working in her native country for two years, she embarked on another adventure—this time to Venezuela for two years followed by four years in Mexico. She acknowledges that every experience is different, with each country having “its charms”. Her South American experience lasted from September 2005 to December 2011. She was the Consul at the Philippines Embassy in Caracas (Venezuela) from 2005 to 2007. She then held the same position, this time in Mexico, where she stayed from 2007 until 2011. “I had to brush up on my Spanish, or I would not have survived!” After Mexico, Deapera returned to the Philippines again for three more years. She arrived in Macao January 2015: “My government invited me to serve in Chile as an ambassador in December 2015, but I chose to stay here.” Since the election of the Philippines’ new president in 2016, the Consul General has asked to be allowed to continue on in Macao.

Deapera confesses to enjoying reading and watching TV in her spare time. She also relishes sleeping and relaxing, playfully adding, “I also love travelling, but I hate to pack and unpack!”