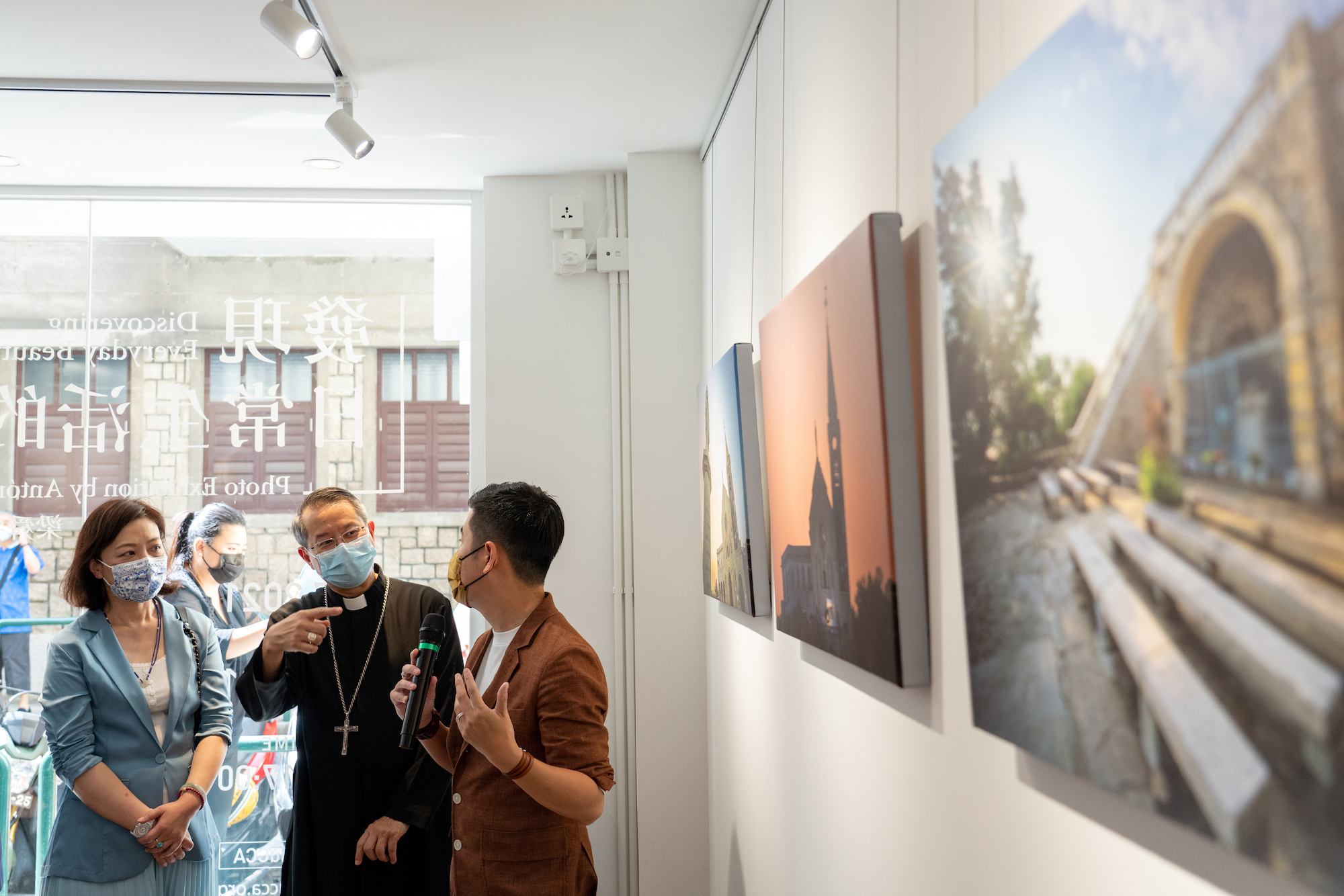 Called “Discovering Everyday Beauty”, the exhibit focuses on the beauty that surrounds everyone, “uniting onlookers from a distance, uniting past, present and future”. And as the photographer himself says, “these photos are trying to show the different angles and perspectives to look at our daily lives.”

Asked how the whole exhibition was put together, Leong credits the association for most of the work, from selecting and preparing the photos down to finding souvenirs for guests. “It’s an honour to work with them, they are a very professional team,” he says. “They did a very good job curating the photos because all I did was to provide them.”

Known better as Antonius Photoscript on Facebook and Instagram, Leong says  he took up photography around 2012 when he grew weary of working in the civil service and just went out to take photos. “I just started shooting to de-stress, then I just got used to it. And almost every single day – after work, before work or even during lunchtime – I’d go around town to get shots. I would just drive my motorbike and go everywhere.”

Leong says that while he likes taking photos of churches, his favourites will always be images with stories behind them. For instance, one of the photos in the exhibition shows the Procession of Our Lady of Fatima against the backdrop of Our Lady of Penha Chapel. “It was around seven o’clock and the sky was dark because of the rain. But after the bishop’s blessing, the sky suddenly changed and it’s like God’s blessing,” Leong says. “I should have taken a video because the colour really changed from grey to purple. Many think it’s Photoshopped, but it’s not.

“I personally like taking photos with more story-aspects. I spoke to one of National Geographic’s professional photographers and he said that a photo without a story is just a photo.”

The pro’s words of wisdom paid off big time. Leong took first place in the 2018 National Geographic International Photo Contest’s Mobile Photography category, and he has scooped two other National Geographic awards in the Place and People categories.

While Leong has no future exhibitions in mind, he says that he is currently working with the association on a book that will record all the Catholic churches in Macao. “The work is still going on and it’s quite a long-term project because different seasons have different sunlight and feelings,” he says. “Sometimes, I just sit there and wait for something to happen. And when it happens, I’ll capture it.”

The exhibition at the ACCM offices at Rua Formosa will run until 30 September 2021 and will be open from 10 am to 5 pm daily.