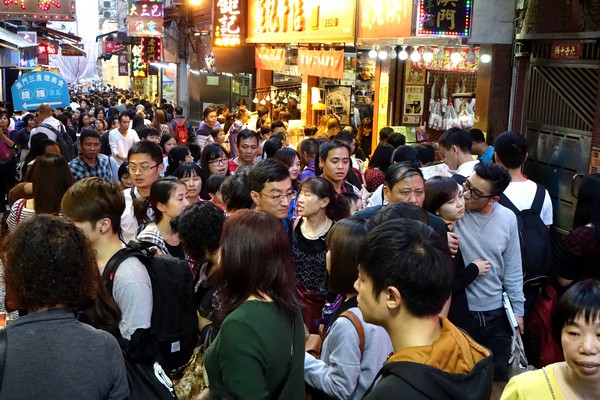 Senna Fernandes revealed the new record after attending the opening ceremony of the Macau Gaming Show held at the Venetian in Cotai.

She said that the Public Security Police (PSP) told her that Macau recorded its highest number of border entries on Saturday. However, the tourism chief said she could not give a precise figure as yet.

According to figures provided by the PSP, about 515,000 locals and visitors crossed the border on Saturday, which broke the previous record of 500,700 on August 17.

“Macau has always given people the impression that gaming is attracting a lot of people here,” Senna Fernandes said, adding, “But, as we can see, whether it is festive celebrations or big events, they are now able to attract different types of visitors to Macau”.

Senna Fernandes also said that the sunny weather during the Macau Grand Prix, which took place from Thursday to Sunday, and MGTO promotions of other events going on last weekend were factors that boosted visitor arrival numbers.

Senna Fernandes said her office would continue to strengthen its marketing efforts on festive events and other non-gaming tourism products to attract different kinds of visitors, so as not to give the impression that Macau has only one type of visitor – gamblers.

In response to a reporter’s question about illegal inns, Senna Fernandes said that there had been about a dozen cases in which a flat, which had been found to be operating as an illegal inn and sealed for six months, was used for illegal accommodation again after being unsealed.

“We’re considering sealing those flats for a longer period if we find that they are used as an illegal inn again, Senna Fernandes said, pointing out that her office was considering new measures to prevent flats that were previously run as illegal inns to be used for illegal accommodation businesses again after the six-month sealed period.

“It might not be the same person operating the illegal inn again, it could be a different tenant who uses the flat again as an illegal inn,” she said, stressing that details of what measures might be taken to tackle the issue had not yet been decided.(macaunews/macaupost)