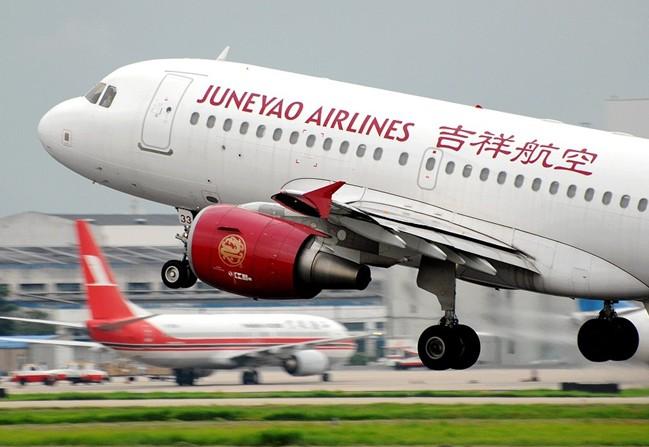 The newcomer serves the apparently attractive route with four flights a week every Monday, Thursday, Friday and Saturday, the passenger capacity of the aircraft is 157 per flight. Last night’s inaugural flight carried 90 passengers, according to an airport official.

“We can see that more and more mainland tourists, especially from cities that are enjoying a booming economy such as Shanghai and [several cities around] the Pear River Delta, are becoming more and more interested in Macau ’s tourism products. More and more people are using this route as a daily mode of transport,” Juneyao Airlines Executive Vice President Ji Guangping told local media after a press conference in the Macau Tower Convention and Entertainment Centre earlier this month.