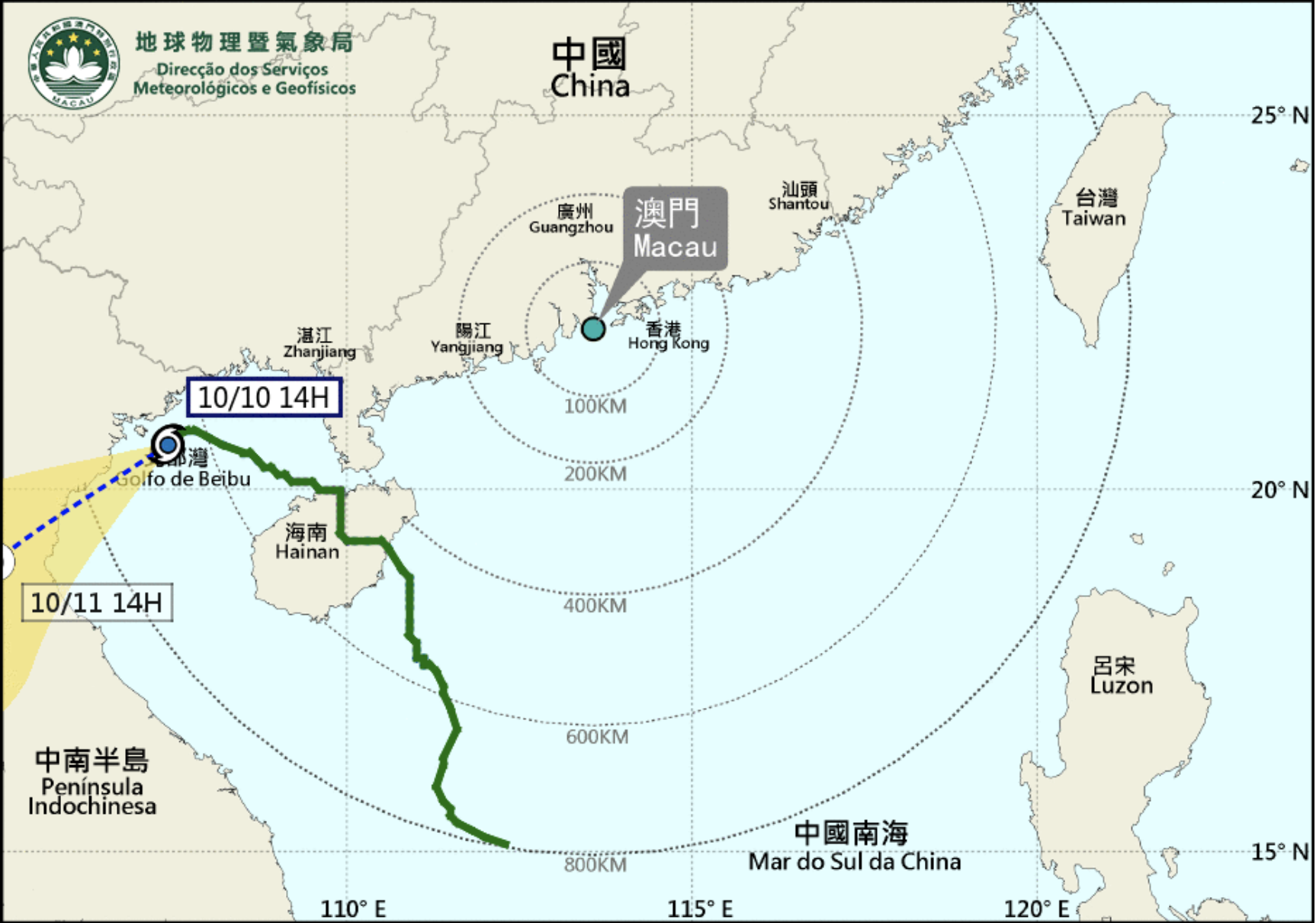 After two days of continuous heavy rainfall and the city’s first typhoon 8 since the summer, Tropical Cyclone Lionrock has been lowered to a T1.

Typhoon “Lionrock” is currently located about 660 km west-southwest of Macao and continues to move away from the city.