Great Wall Motors to invest US$1.9 billion in Brazil by 2032 Link copied 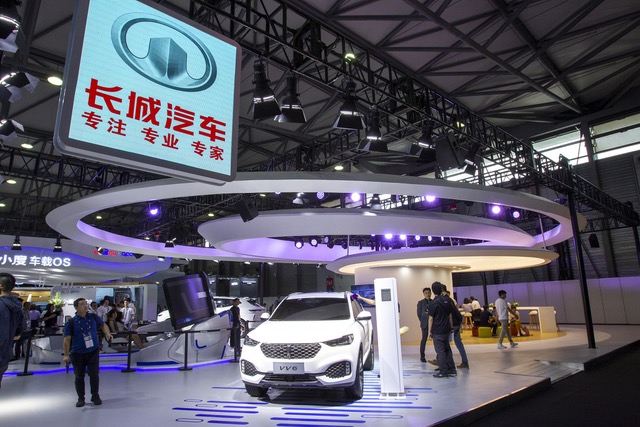 Great Wall Motors (GWM), China’s largest private automaker, will create more than 2,700 jobs with a 10 billion reais (US$1.9 billion) investment in Brazil over the next 10 years.

GWM’s overall plan for its factory in Brazil, which previously belonged to Mercedes-Benz, was unveiled last week by Pedro Bentancourt, the company’s Brazil CEO, and the governor of São Paulo state, João Doria.

“Electromobility is an irreversible and inexorable phenomenon and our plant in Iracemápolis in São Paulo state will be the first plant outside the United States, on the American continent, that will produce hybrid and purely electric vehicles,” Bentancourt said.

He added that the company expected its hybrid vehicles to be flex hybrids, capable of being fueled with ethanol, a widely used fuel which is produced in Brazil.

GWM’s investment in Brazil is expected to top 4 billion reais (nearly US$800 million) in the next three years.

The Iracemápolis plant will manufacture up to 100,000 electric vehicles, such as SUVs and pickup trucks, every year.

According to the government of São Paulo state and the city hall of Iracemápolis, the company will generate 2,000 direct jobs by 2025, along with 200 to 300 indirect jobs in maintenance services and 500 more in other services.

According to Bentancourt, GWM also expects that half of its production will use locally sourced components by 2026.

GWM also announced the installation of 100 charging stations for electric and hybrid vehicles in municipalities in the state of São Paulo.

According to the São Paulo government, the future GWM recharging network will be powered mainly through the installation of photovoltaic panels.

The charging equipment will be assembled at GWM’s points of sale and services, where charging will be free and available for electrified vehicles of any model or manufacturer.

Charging stations will also be installed in large commercial establishments, such as car parks, shopping malls and supermarkets.

Great Wall, which sold 1.1 million vehicles last year, plans for 80 per cent of its annual sales in 2025 to be new energy vehicles, including battery electric, plug-in hybrid and hydrogen fuel cell vehicles. It aims  to sell 2.8 million vehicles in 2023 with a production line-up of more than 60 models.

China, which is the world’s largest auto market, rolled out supportive policies for hydrogen fuel-cell vehicles last year, which require local governments and companies to build a more mature supply chain and business model for the industry. Baoding-based Great Wall is also building a car plant in China with BMW for electric vehicles. The company plans to be carbon-neutral in 2045, earlier than China’s overall target of 2060.

GWM, which competes with Zhejiang-based Geely and BYD, and is headquartered in Shenzhen, is also planning to manufacture cars in Thailand, CLBrief reported.