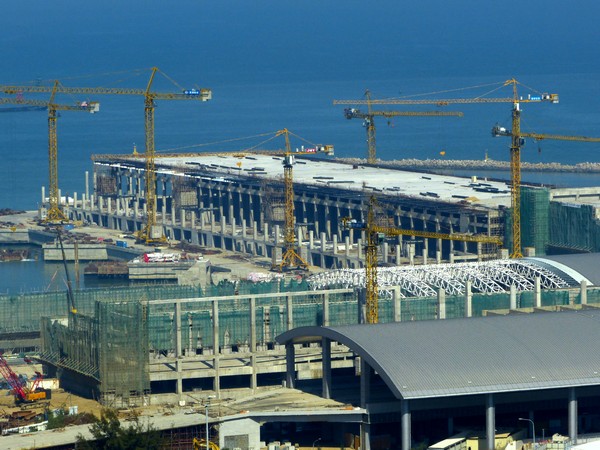 The first phase of the 11-berth Pac On Ferry Terminal in Taipa will become operational within the second half of next year, Marine and Water Bureau (DSAMA) Director Susana Wong Soi Man said on Sunday.

Speaking to the press on the sidelines of a public event in Fai Chi Kei, Wong said her bureau expected to take over the terminal’s first phase from the Infrastructure Development Office (GDI) by the end of this year or early 2016, adding that the DSAMA, shipping companies and other bureaus would need at least six months to go through all the necessary preparations. She also said an automated baggage system would be installed in the new terminal.

Meanwhile, Wong said she expected Macau to start experiencing the annual salt tides by the end of the month. Wong said her bureau and its mainland counterparts had adopted various measures to mitigate the effects of the salt tides. She also said that as the Pearl River’s present level of upstream water flow was relatively adequate, the estimated impact of salt tides on Macau’s tap water would not be too strong.