While the Chief Executive reaffirmed that the government will not lower Macau’s gaming tax rate of 35%, they will also launch a public consultation on amendments to the city’s current gaming industry law in the second half of this year. 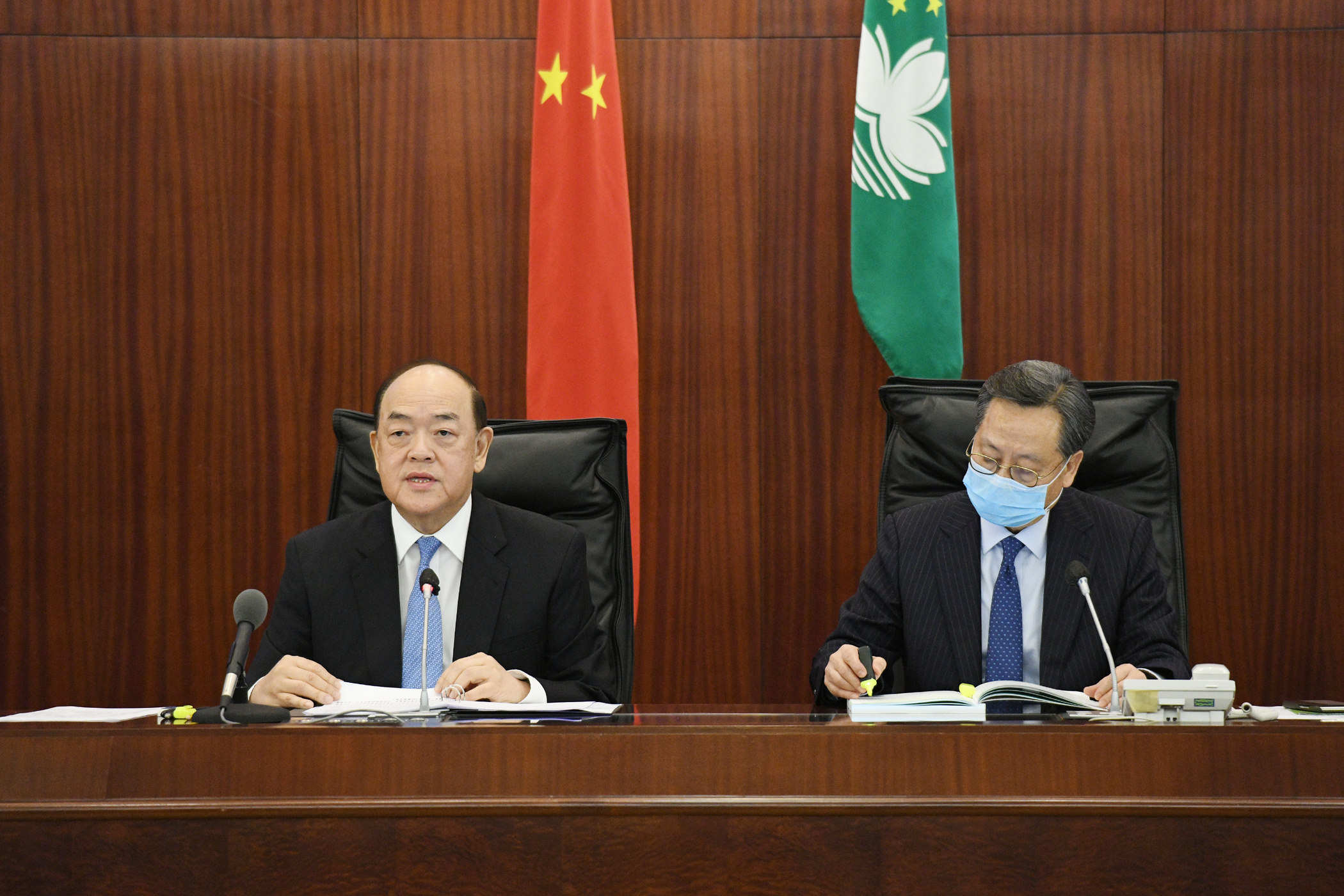 Chief Executive Ho Iat Seng reaffirmed on Monday that the government will not lower Macau’s gaming tax rate of 35 per cent.

Speaking during a post-policy address press conference at Government Headquarters, Ho also underlined that the government will hold an international open tender for the granting of future gaming concessions, in the run-up to the expiration of the city’s three gaming concessions and three sub-concessions in 2022.

In reply, Ho said that “everyone can definitely” bid for a gaming concession in Macau in 2022. Ho pointed out that Macau’s first tender for casino concessions in 2001 was also held without any restrictions on the bidders. Ho also reaffirmed that none of the current concessions and sub-concessions will be automatically renewed in 2022.

“For the time being we [the government] do not have any plan to reduce the [gaming] tax [rate],” Ho said.

Due to the COVID-19 epidemic, the six operators’ gross gaming revenues fell 60 per cent year-on-year to MOP 30.48 billion (US$3.82 billion) in the first quarter of the year.

Macau’s gaming operators pay 35 per cent of their gross gaming revenues as direct tax to the government. Besides, they also pay an additional four to five percent of their gross receipts as so-called “contributions” into the public coffers for a string of social, cultural and other causes.

Ho also said that the government aimed to launch a public consultation on amendments to the city’s current gaming industry law in the second half of this year.

Ho pointed out that the previous government published a mid-term gaming sector performance report and the current government was still carrying out a “further” study based on the findings of the mid-term study on the gaming sector’s performance. Ho underlined that the government could only propose amendments to the gaming law after a consensus on the matter has been reached through a public consultation.

Speaking to reporters in September last year – the month after his election as chief executive, Ho pledged that his government – which took office on December 20 last year – will solve the current “3+3 issue created by history”. Ho said in September last year that the gaming law amendment bill to be drafted by his government would “clearly” stipulate the maximum number of gaming concessions to be granted in the future and whether sub-concessions will be granted.

During Monday’s press conference, Ho was asked by the media about his government’s proposal to solve the current “3+3” issue. Ho replied that for the time being he will not tell the public about the government’s proposal on the maximum number of gaming concessions to be granted in the future, as otherwise this would become a public consultation process. Ho acknowledged that the current gaming law, which came into force in 2001, allows for the existence of the current “3+3” situation in the city’s gaming industry. Ho said that the gaming law amendment bill to be drafted by his government would propose a ban on any sub-concessions.

The amendment bill will have to be submitted to the legislature for debate and vote.

‘No discrimination of non-resident workers’

Ho also underlined that the local government does not mean to discriminate against non-resident workers employed in Macau by imposing its 14-day quarantine measures on non-resident workers who have been in the mainland within 14 days prior to their intended entry into Macau. Instead, according to Ho, the measure aims to protect Macau from the COVID-19 threat. The quarantine measure carried out in collaboration with the Zhuhai government is still in force.

Since February 20, non-resident workers who have been in the mainland within 14 days prior to their intended entry into Macau have to go into quarantine and medical observation for 14 days at a facility in the adjacent city of Zhuhai arranged by the health authorities there and then obtain a health certificate issued by the Zhuhai health authorities confirming that they have not been infected with the novel coronavirus disease, before they are allowed to enter Macau.

In order to avoid the 14 days of quarantine, a large number of non-resident workers who live in Zhuhai moved to Macau to temporarily live here before the implementation of the measure on February 20, according to local media reports.

Foreign visitors have been barred from entering Macau since March 18, and the entry ban was extended to cover all foreign nationals – including foreign non-resident workers – the following day.

Mainland, Hong Kong and Taiwan residents who have been to a foreign country within 14 days prior to their intended arrival here have been barred from entering Macau since March 25.

Ho said on Monday that many non-resident workers employed in Macau come from Hubei and Henan provinces, which are still high-risk regions where there is a higher likelihood that COVID-19 patients who had been discharged as cured from hospital might later test positive for the disease again. Ho said that if the quarantine measure was lifted too early, Macau would face the risk of having to cope with many new COVID-19 cases.

“Currently, we [Macau] have confirmed 45 [COVID-19] cases, and it would be a very big problem if a few dozen new cases are suddenly confirmed,” Ho said.

Ho said that he did not mean to say that non-resident workers employed in Macau who are still in the mainland have definitely been infected with the novel coronavirus disease, but instead the local government has decided to keep the quarantine measure for them “just in case”.

Ho said that if Macau had confirmed many new COVID-19 cases due to a premature lifting of the quarantine measure on non-resident workers who have been in the mainland 14 days prior their intended arrival here, this would even have prevented the Guangdong government from lifting its current quarantine measure imposed on arrivals from Macau.

All travellers arriving in Guangdong from overseas as well as Hong Kong, Macau and Taiwan must undergo 14 days of “concentrated” quarantine there since late last month.

Ho also pointed out that some 70,000 non-resident workers who live in Zhuhai moved to Macau on February 18 and 19 to temporarily live here, adding that they did not cause any new COVID-19 cases in Macau.

MGTO to move to economy portfolio

Meanwhile, Ho also said that his decision to move the Macau Government Tourism Office (MGTO) from the Secretariat for Social Affairs and Culture portfolio to the Secretariat for Economy and Finance portfolio was the outcome of in-depth discussions during regular meetings between him and his five policy secretaries. Ho pointed out that tourism is a pillar industry of Macau so that the matter should be under the Economy and Finance portfolio instead of the Social Affairs and Culture portfolio which is not tasked with economic development matters.

Ho said that the tourism should come under the Economy and Finance portfolio so as to achieve a “synergy” for the government to jointly promote Macau’s MICE sector, tourism sector and other industries, so as to avoid a “wasteful use of resources”.

Ho said that the proposed MGTO move to the Economy and Finance portfolio would not affect MGTO staff, and it would merely be a change in the policy secretary supervising the office (which is actually a bureau).

Ho said he expected the MGTO portfolio move to be finalised by the end of the year.