Chief Executive expresses ‘heartfelt gratitude’ towards all people in Macao and all community sectors for their support during city’s Covid-19 outbreaks and economic downturn. 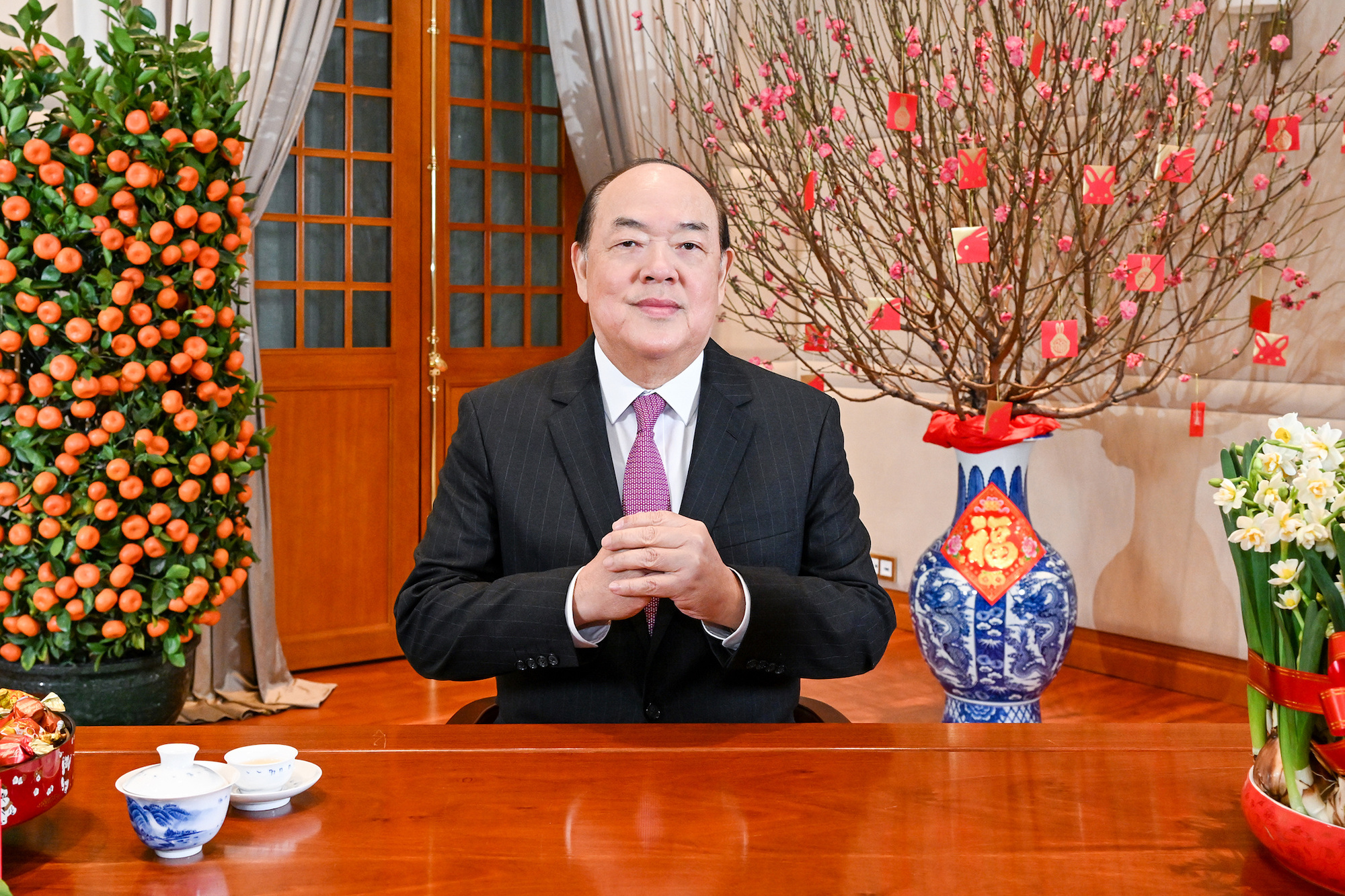 The government will continue to optimise anti-epidemic measures to protect the lives and health of Macao people and will work together in unity with the public to resume normal economic and social activities, said the Chief Executive, who in his Chinese New Year message promises the city “a brighter future”.

Ho Iat Seng vows a brighter future for Macao, wishing the city a vibrant and prosperous year ahead, while thanking local civil servants in all sectors and all people in Macao from all walks of life who continue to work during the Spring Festival to provide services to the community.

In his message entitled “Forging Ahead to Seek New Horizons, Building a Brighter Future with Confidence and Togetherness in Unity”, the chief executive also expressed his “heartfelt gratitude to all Macao residents and all sectors of the community for the support” during the city’s several Covid-19 outbreaks and the economic downturn.

“With strong support and assistance from the Central People’s Government, the Macao Special Administrative Region government effectively implemented measures regarding prevention and control of the pandemic, as well as policies to support the recovery and advancement of the city’s economy,” he said.

The chief executive also said that with the support of the entire population, and the concerted efforts from all sectors of the community, Macao was able to maintain economic and social stability, while working in unity to withstand the severe impact of the pandemic.

He added, “As long as we press ahead with a strong sense of perseverance, there will be much to expect in the future. Looking ahead to the new year, the haze of the pandemic is gradually dissipating … and travel between Macao and mainland China has returned to normal. With a new round of investment and the phased execution of the development plans by the gaming concessionaires, as well as the implementation of the central government’s policies and measures in support of Macao’s development, various favourable factors are coming together to definitely inject fresh and strong momentum into Macao’s development.

“We firmly believe that, with the solid foundation of the One Country, Two Systems principle, the support and assistance of the great motherland, and the solidarity shown by all sectors of the community and all residents, Macao will definitely emerge from its predicament and enter a new phase of development.”

He continued, “We will also strive to solve the deep-rooted conflicts and problems in economic and social development, give full play to Macao’s own advantages and characteristics to better integrate into the overall national development plan and strive to break new ground in fully realising the One Country, Two Systems principle with Macao characteristics.”

The chief executive ended his Chinese New Year message by wishing all “a healthy, safe, and successful year ahead”.