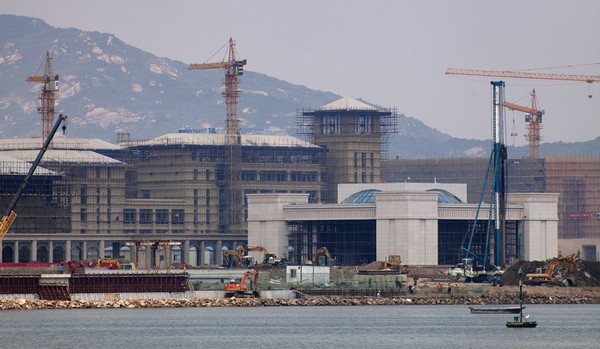 The Audit Commission (CA) has criticised the government’s Infrastructure Development Office (GDI) for its failure to correctly assess the budget for the new campus of the public University of Macau (UM) in Hengqin Island, asserting that any “inadequate cost estimate” in the government’s construction budgets would lead to public resources not being allocated effectively.

The commission also blasted the office’s methods of estimating the budget for the campus project by taking construction cost figures which failed to reflect the real expenditure.

The commission made the criticisms in an official audit report releasedMonday, which aimed at verifying whether the estimate in the costs for the campus project was conducted properly.

According to the report cited by The Macau Post Daily today, the campus project includes the main body of the campus such as a library, classrooms and an exhibition pavilion as well as an undersea tunnel connecting the campus and Cotai.

The report points out that the initial budget announced by the government in 2010 was about 5.8 billion patacas; in 2011 it was increased to 9.8 billion patacas after considering factors including changes in exchange and inflation rates.

The report says that the total budget for the project was now estimated to reach over 10.2 billion patacas after adding costs including consultancy and quality control fees.

According to the report, the office also omitted the expenses of 54 related items after adding the cost of three of the 57 items, which was about 400 million patacas in its 2011 revised budget of about 9.8 billion patacas.

The commission slammed the office for using figures for the UM campus project’s construction costs which failed to assess the real construction expenditure.

According to the report, the office acknowledged in late 2010 that there would be a 40 percent increase in the costs for the three main campus buildings including the library and classrooms after the tenders put out for the three projects.

The commission said in the report that the office failed to update the 2010 budget even though it would have been able to do so.

The commission also said that the office failed to manage and control the costs for the project as it failed to estimate a proper budget by using incorrect data to reflect the real expenses.

The commission pointed out that any “inadequate cost estimate” in the costs for public projects would result in the inefficient allocation of public resources.

The campus project was started in December 2009 and classes are expected to begin at the start of the autumn term this year.

The total area of the campus covers about 1.09 square kilometres for which the government has undertaken to pay 1.2 billion patacas to the adjacent municipality of Zhuhai for a 50-year lease.

The campus will come under the jurisdiction of Macau once it starts operating.(MACAUNEWS)