Macau, China, 21 Mar – The historical Moorish Barracks on Barra Hill has housed the Maritime Administration (CP) for a 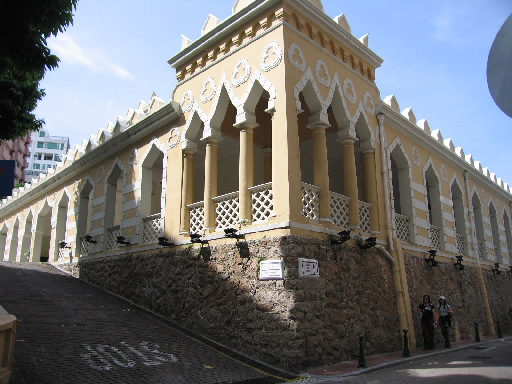 Macau, China, 21 Mar – The historical Moorish Barracks on Barra Hill has housed the Maritime Administration (CP) for a century, but now the government has launched an architecture design competition for registered architects and architectural companies to design a new building for the Maritime Administration (CP) and make the best use of the surrounding area, as the first step to moving the administration’s headquarters and thus opening the heritage-protected edifice to the public.

The contest will be held jointly by the Maritime Administration and the Lands, Public Works and Transport Bureau (DSSOPT).

According to The Macau Post Daily the details of the competition were announced by the bureau’s Urban Planning Department head Lao long in the Moorish Barracks Sunday.

Built in 1874, the Moorish Bar-racks ("Quartel dos Mouros" in Portuguese; in Chinese the building is historically known as "navy barracks") was constructed to accommodate an Indian regiment from Goa to reinforce the local police force. The Maritime Administration – formerly known as Harbourmaster’s Office – has been using the building as its headquarters since 1905.

The Arabic-style building is part of the Historic Centre of Macau which was inscribed on the UNESCO, World Heritage list in 2005.

According to Lao, the total area for the project around the Moorish Barracks is around 4,845 square metres and is divided into five zones. The land in question is now being used as a warehouse, canteen, walkway and parking places.

The new building must have 4,100 square metres of usable area, with the height of the building being restricted to less than 20 metres, Lao said.

The top 10 designs will be given prizes, Lao said, adding that the top five designs will win 100,000 patacas each and the outright winner chosen to build the new headquarters would be picked from one of them.

Lao said that there was still no exact timetable for the construction of the new building the new building, but he expected an open tender would be launch by the end of this year.(MacauNews)