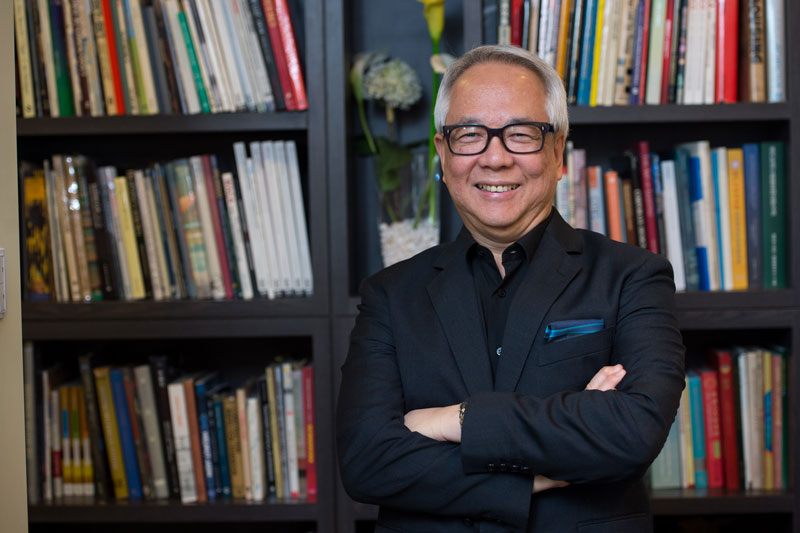 Eddie Yue Kai Wong is a prominent architect in Macao. He is a member of the Executive Council of the Macao government and president of the Macau Red Cross. Currently, he is also president of the supervisory Board of the Architects Association of Macau (AAM). He is fluent in Cantonese, Mandarin and English.

Born in Macao in 1952, Wong was greatly influenced by his father who was one of Macao’s earliest property developers. Wong was exposed to architecture at a young age accompanying his father to job sites.

He received his bachelor’s degree in Architecture with honours from the University of Texas, Austin, in 1975. Wong has been a registered architect in Macao since 1978 and has been practising locally ever since.

For the past 38 years, his firm, Eddie Wong & Associates Limited, has been involved with a wide range of city planning initiatives as well as architectural and interior design projects, including Meng Tak Building of the Macau Polytechnic Institute, The International School of Macao (TIS), the Macau Science and Technology University campus, the La Baie Du Noble residential building, as well as the Macau Olympic Complex which was completed for the 2005 East Asian Games.

Wong designed the interior of Fat Siu Lau Restaurant, the Chinese restaurant “Estoril Mandarin” at the Casino Estoril, Portugal, the Office of the Macao Special Administrative Region in Beijing, the Education and Youth Affairs Bureau’s Moral Education Centre, the Office the Chief Executive, the ‘Green Hall’ at the Macao Government Headquarters and the new banquet hall at Santa Sancha (Macao Government Home). He is also the local architect for One Oasis, Nova Park, MGM, MGM Cotai, City of Dreams, and Macau Studio City projects.

In 1999, he received the “Medal of Professional Merit” from the former Portuguese administration and was again awarded it in 2003 by the government of Macao SAR.

Wong is an avid collector of Chinese porcelain and ceramics from the Sung (960-1279) and Qing (1644-1912) dynasties as well as a connoisseur of French wine. He also owns a number of works by George Chinnery and Augusto Borget.

Wong, like his father, is a long-time member of the Macau Red Cross, becoming its president in 2001. As a senior member of the Red Cross, he participated in the Sichuan Earthquake relief effort in 2008. He has been part of countless other fulfilling and meaningful humanitarian initiatives which he intends to continue even upon retiring from architecture.