Cryotherapy, also known as ‘cold therapy’, has been shown to improve some sports injuries and health conditions. We talk to two cryotherapy centres in Macao to learn more. 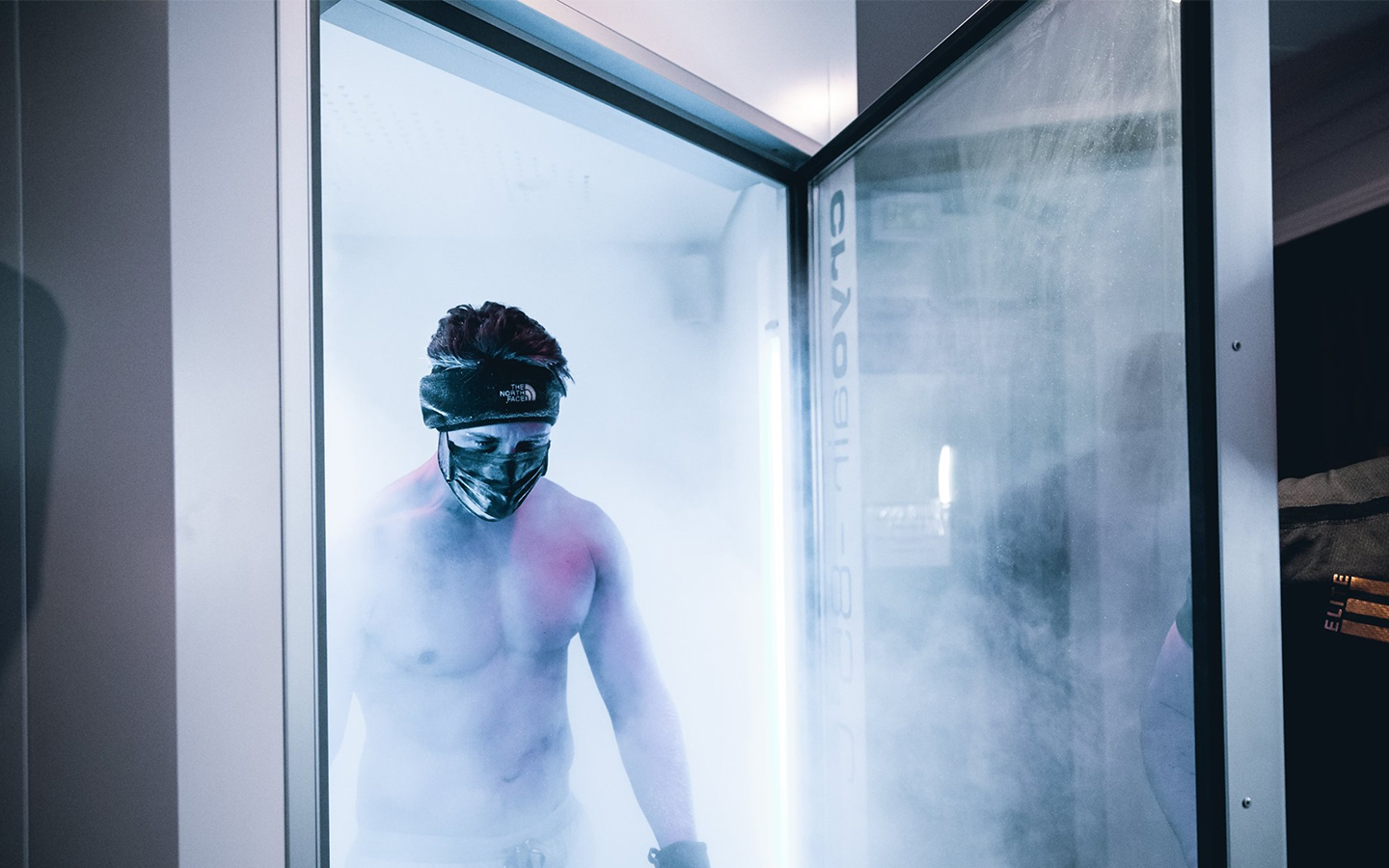 Whole body cryotherapy is not exactly a household phrase – at least, not yet. Also known as “cold therapy,” the treatment exposes the body to sub-freezing temperatures as low as -130 degrees Celsius for two to four minutes at a time.

Why on earth would anyone be willing to endure such frigid temperatures? The aim is to reduce inflammation, manage pain and speed healing for sports injuries. Many famous athletes and celebrities around the world, including the likes of Cristiano Ronaldo, Lebron James, Will Smith and Mandy Moore, swear by it.

According to “Whole-Body Cryotherapy in Athletes: From Therapy to Stimulation”, a 2017 review of available scientific literature, the therapy has been proven to ease muscle soreness and reduce inflammation. A handful of earlier studies also found whole body cryotherapy to be effective for treating injuries, pain associated with rheumatoid arthritis, some sleep conditions, mood disorders and anxiety.

But overall, the current research is very thin, and larger, randomised, peer-reviewed and longitudinal studies are needed. As with any physical therapy, it’s best to consult your doctor first.

Still curious? Here’s what you need to know about cryotherapy and where to try it in Macao.

A brief history of cryotherapy

While its origins are unclear, commercial whole body cryotherapy is believed to have emerged outside of medical settings in the late 1970s, when a professor in Japan started experimenting while looking for a treatment for rheumatoid arthritis.

While some clinics claim to treat just about anything – like slow ageing, boost collagen, speed up weight loss, heal Parkinson’s disease – there is little or no research to support these claims.

Outside of a hospital setting, cryotherapy sessions typically take place in a “cryo chamber” – essentially a rectangular box that could either fit an individual or a group of four, depending on the type, with your head outside at room temperature.

Anyone above 11 years of age is allowed inside the chamber, but those between 11 and 17 need a written or verbal consent from their parent or guardian. While you’re inside the chamber, the clinic’s technician will control the temperature using an app on a smartphone or tablet.

Most centres recommend that you wear a loose, dry outfit into the chamber. There’s usually enough space to stand, walk around or even jog in place while the temperature plummets to roughly -110 to -140 degrees Celsius.

After a session, some may experience side effects, such as skin irritation or numbness. Many do not have any side effects. It’s not recommended for pregnant women, or anyone with high blood pressure and underlying health conditions, according to Medical News Today.

Deaths are exceedingly rare, but they have occurred in the past when cryo chambers have been used without supervision or the client stayed in too long. It’s also important to keep sessions very short, just a few minutes at a time, as sub-zero temperatures can be deadly.

For example, a woman in Las Vegas froze to death after being discovered in the chamber ten hours later. However, most centres have safety mechanisms in place and ensure you’re supervised.

To date, the Macao government has not published an official stance on whole body cryotherapy – it’s neither encouraged nor condemned. However, the US Food and Drug Administration in 2016 wrote: “Given a growing interest from consumers in whole body cryotherapy, the FDA has informally reviewed the medical literature available on this subject,” Yustein says. “We found very little evidence about its safety or effectiveness in treating the conditions for which it is being promoted.”

Where to try cryotherapy in Macao

“This is full-body therapy,” says Tan. “We provide a pair of shorts, socks, a face mask, earmuffs, and gloves. You won’t freeze, though you may shiver.”

One of the centre’s calling cards is a special German-imported “Cry:one” chamber which uses electricity, which Tan says is safer than liquid nitrogen. Both styles of therapy have similar outcomes, but the electric chamber provides cooler and more stable temperatures. When used excessively, liquid nitrogen can lead to nausea, black outs and even death.

Located next to the Macao Cultural Centre, Dali Clinic is another option for cryotherapy, albeit a localised variety. The centre does not have a cryo chamber but rather uses a “cryo air”, or a cold machine that functions point to point, in direct contact with your skin.

“At Dali Clinic we use cryotherapy for CoolSculpting, a slimming treatment [officially, cryolipolysis],” says Dr Dalila Gomes. “It’s an excellent treatment for stubborn fat non-surgically that can eliminate 20-25 per cent of fat cells in the treated area, and it is FDA-approved.”

As with any physical treatment, consult your doctor before trying cryotherapy.