Gang who smuggled drugs from the mainland to Macau have been busted. 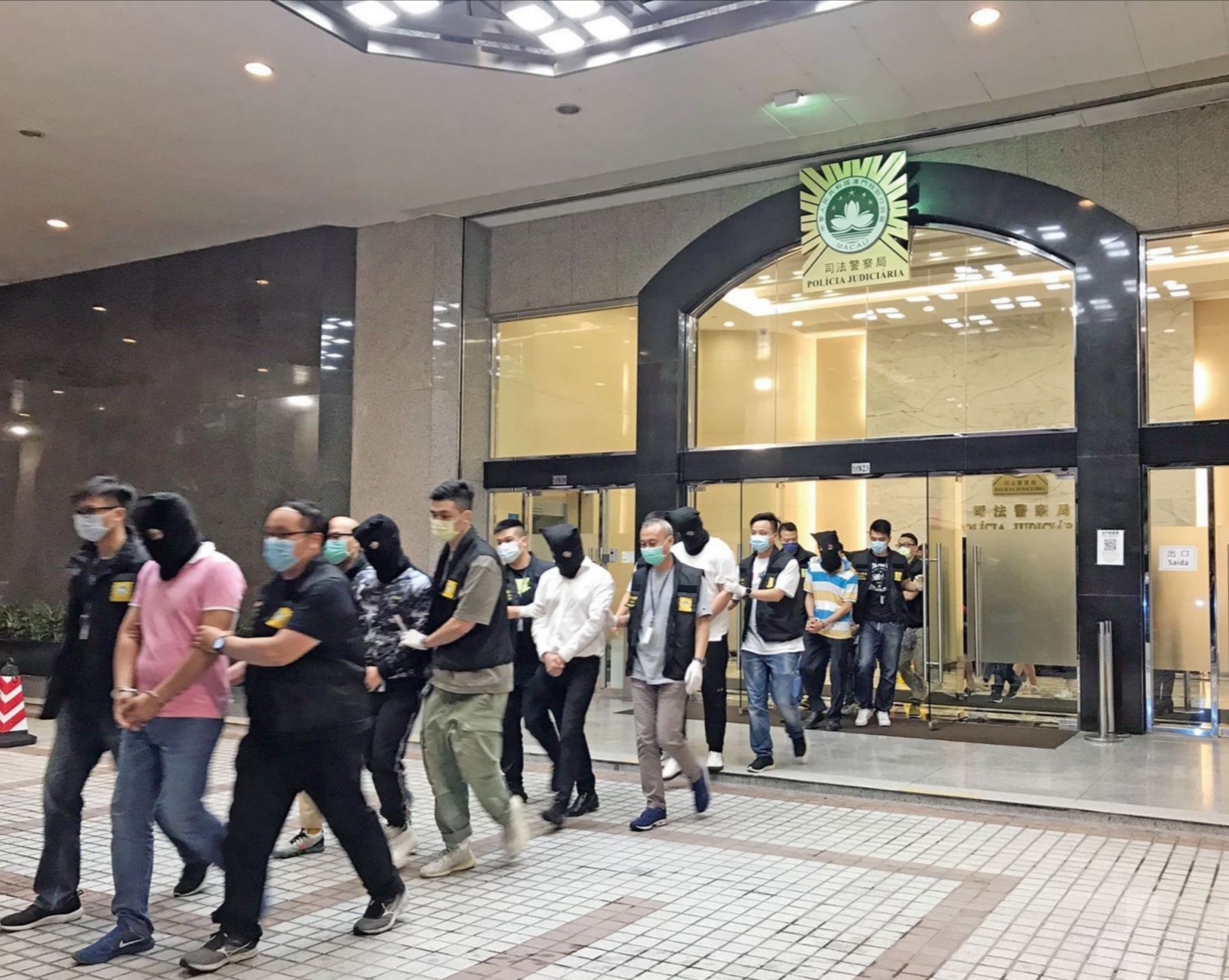 The Judiciary Police (PJ), in collaboration with the Macau Customs Service and the mainland police, have busted a gang which smuggled drugs from the mainland to Macau, the two local law enforcement agencies jointly announced in a special press conference on Tuesday evening.

Members of the gang, which was based in the mainland and led by a Hong Kong man, smuggled drugs from the mainland to Macau on speedboats and through various Macau-Zhuhai land border checkpoints for almost two months, according to PJ spokeswoman Lei Hon Nei.

According to Lei, about 690 grammes of various kinds of drugs with an estimated street value of MOP 2.1 million (US$263,000) were seized during the police operation in Macau, while the Zhuhai police seized 500 grammes of cocaine there.

According to Lei, the 10 gang members arrested in Macau comprise nine men and one woman, aged between 23 and 57. One of them is a Hong Kong man surnamed So, a key member of the gang, while all the others are local residents, two of them local taxi drivers, surnamed Kok and Leong.

The seven gang members arrested in Zhuhai, including the Hong Kong kingpin surnamed Fung, comprise four men and three woman aged between 20 and 40, according to Lei.

Lei said that after the Judiciary Police, in collaboration with the Macau Customs Service, busted a case of drug smuggling from the mainland to Macau on a speedboat last month, the local police contacted their counterparts in Zhuhai for a joint investigation into the case. After a month-long investigation, the police in the two cities discovered that a gang based in the mainland was smuggling drugs from there to Macau. The Zhuhai police identified Fung as the gang’s kingpin, while the Macau Judiciary Police discovered that members of the gang were storing drugs in commercial self-storage facilities in the city, according to Lei.

On Monday night, the Zhuhai police told the Judiciary Police that a key member of the gang, So, was travelling by speedboat towards Macau. PJ officers requested local customs officers join the operation, Lei said, adding that the officers discovered that So had got into a taxi, which was driven by Leong, after coming ashore near Cheoc Van Beach in Coloane at around 2 a.m. on Tuesday.

After So got out of the taxi outside a casino-hotel resort in Cotai, he met two men (two of the arrested suspects) there. PJ officers took action and intercepted the three men, and found 998 packs of cocaine weighing 317.75 grammes, 495 packs of Ice weighing 264.38 grammes, three packs of cannabis buds weighing 63.02 grammes, and 20 packs of “happy powder” weighing 40 grammes from So’s backpack, Lei said. The drugs seized from So weighed a total of 685.15 grammes.

Later on, PJ officers separately arrested across the city seven local residents allegedly involved in the gang’s drug-trafficking activities. PJ officers seized five packs of ketamine weighing 3.8 grammes from one of the seven, Lei said. Consequently, a total of 688.95 grammes of drugs were seized in Macau, which have an estimated street value of MOP 2.1 million.

Also on Tuesday, six members of the gang and its kingpin, surnamed Fung, were arrested in Zhuhai and a total of 500 grammes of cocaine were seized from them.

After their joint investigation, the police in the two cities discovered that the gang’s “division of labour” was based on a clearly defined hierarchy. In addition to smuggling drugs from the mainland to Macau on speedboats, the gang also arranged for its members to smuggle drugs through various Macau-Zhuhai land border checkpoints, including the Barrier Gate checkpoint, in small amounts each time, according to Lei.

The 10 suspects arrested in Macau have been transferred to the Public Prosecution Office (MP) for further investigation.