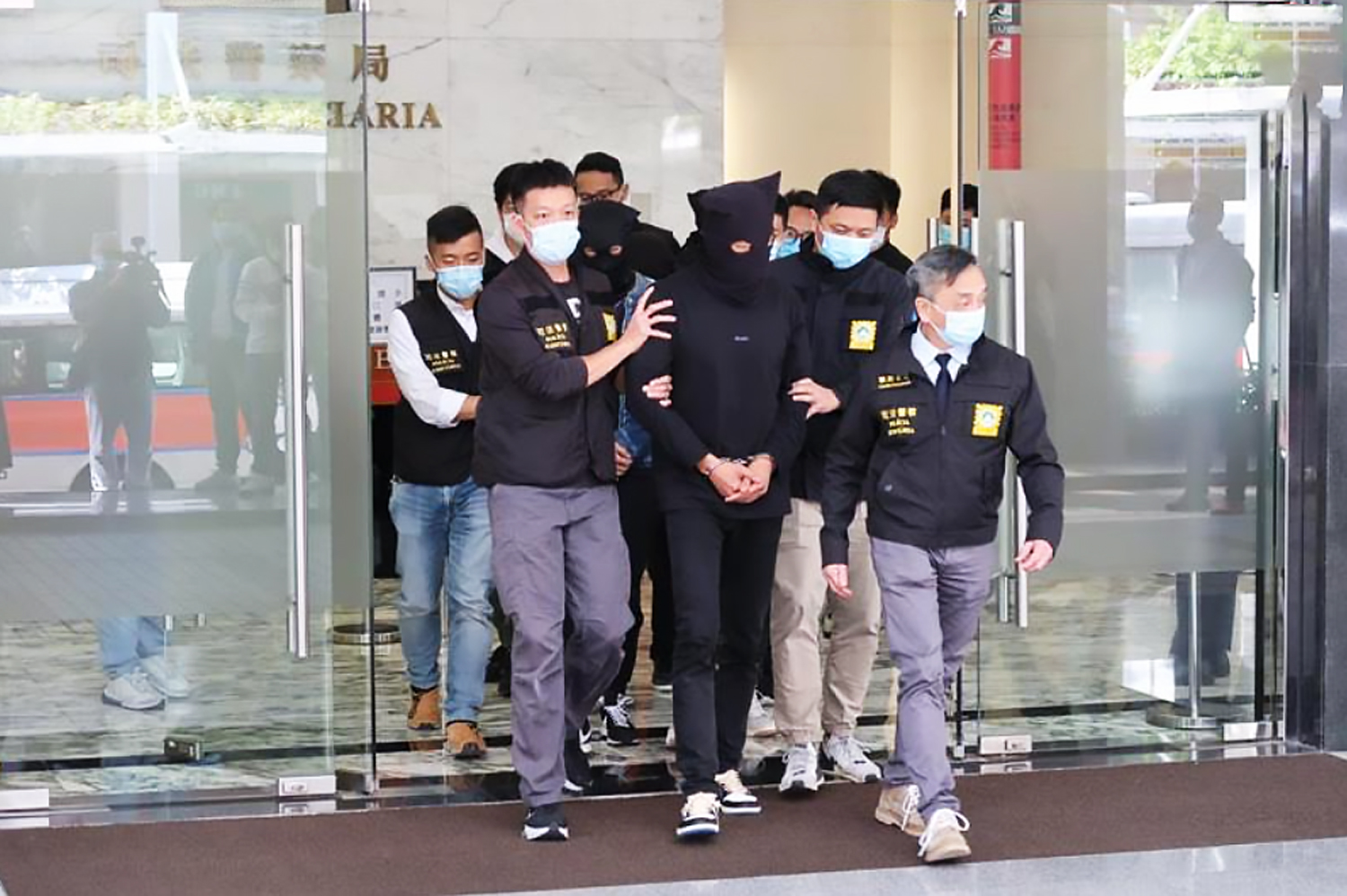 The 11 suspects were taken in two police vehicles immediately after a brief press conference at PJ headquarters.

The case came to light after the Public Security Bureau (PSB) in Wenzhou city, Zhejiang province, issued an arrest warrant for a person identified as Zhou Zhuohua on Friday. According to Macao’s customary Cantonese-Portuguese transliteration system, the name is spelt Chau Cheok-wa. Mainland law enforcement officials started investigating the case in April 2020.

According to media reports, one of those who was taken to the PJ headquarters yesterday is Alvin Chau Cheok Wa, the founder and CEO of Suncity, one of Macao’s major casino junket operators.

A number of addresses, including an office in NAPE and a house in Coloane, were searched by the police yesterday where they seized MOP 3 million in cash in various currencies as well as a quantity of documents, computers and USB drives, The Macau Post Daily reported.