Set on joining Singapore’s armed forces, this top chef reluctantly pursued a career in the culinary arts only to find himself at the top of his game in Macao. 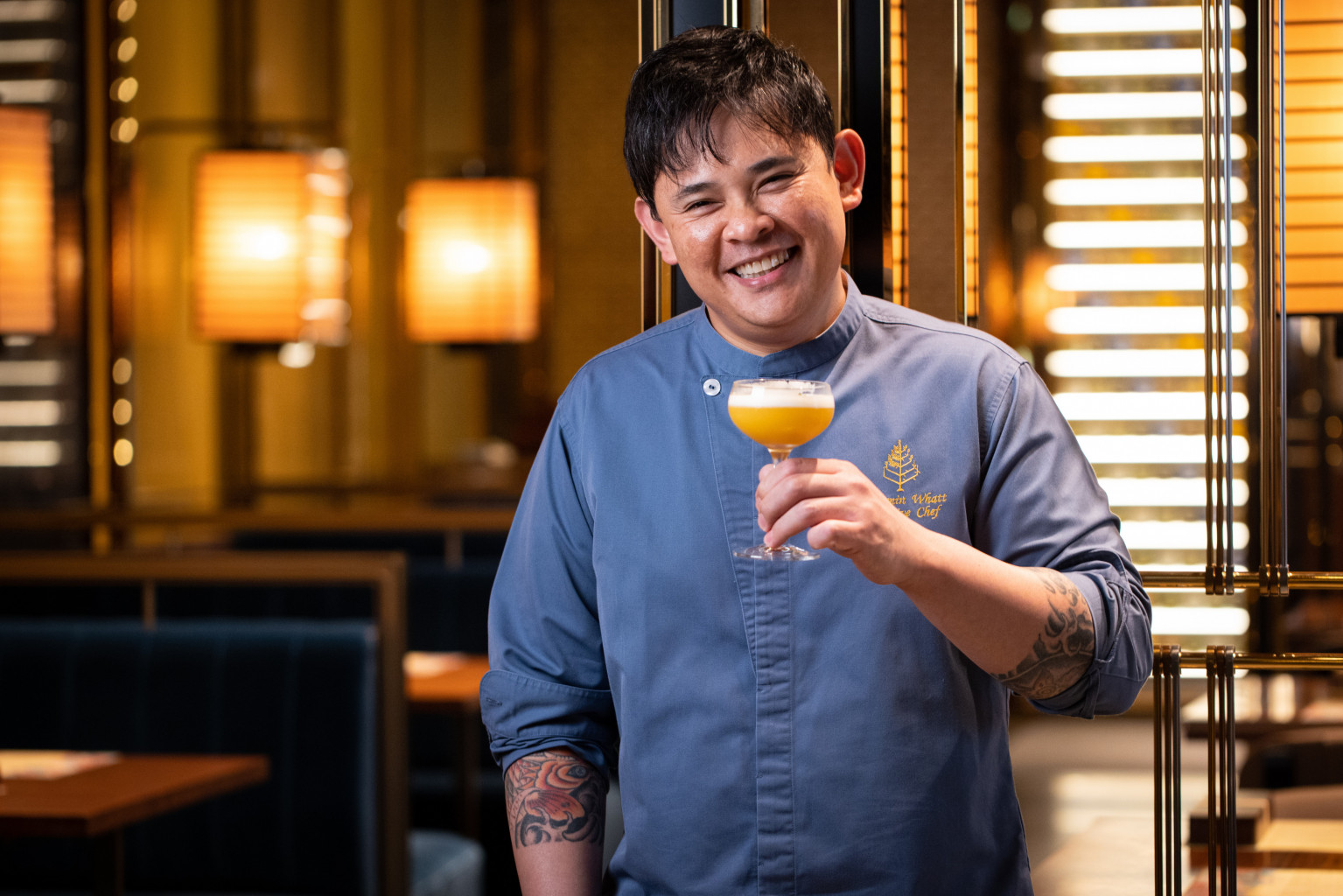 Many chefs tell a familiar tale of how they discovered their passion – a culinary fire ignited at an early age, a parent’s talent instilled in them, an inexplicable calling to the kitchen. Others end up behind the stove simply by chance. In this instalment of Know Your Chef, we chat with Benjamin Lim, Executive Chef at Four Seasons Hotel Macao, whose career path has turned out nothing as he expected.

The early days: Growing up in Singapore, Lim dreamed of a life in the military after watching television shows that brought the armed forces to life on screen. “The only thing I ever wanted to do was join the army,” says Lim. “After my O levels [UK GCSE], on which I did really poorly, I told my dad I was going to sign up for the [Singapore] army the following day. My family didn’t want me joining the army, so they tricked me into missing the sign-up and enrolled me in culinary school instead.”

Lim enjoyed culinary school, but didn’t learn enough to get by in the professional world. In his second year of school, he interned at the Hilton Singapore, one of Singapore’s few fine-dining restaurants at the time, and the gaps in his knowledge quickly became evident.

“I suddenly realised I’d learned nothing in my first 12 months of school,” he says. “I couldn’t cut vegetables. I couldn’t use a knife. I got absolutely torn to shreds by the head chef in the first eight hours of my working life. He sent me home, and when I came back the next day, he rode me like an animal.”

While his friends partied every weekend, Lim turned to the library and devoured every culinary book he could lay his hands on. On his days off, he would bring the borrowed books to the kitchen, practising newfound skills and techniques.

“The chef had humiliated me in front of everyone and I never wanted to feel that way again. So I worked extra hard and gave up my social life.”

The turning point: Lim’s hard work paid off, and he soon entered cooking competitions. Singapore even selected the young chef to represent the city-state in the IKA/Culinary Olympics (the world’s oldest and largest culinary competition). “I had to prove myself constantly,” he says. “But suddenly people started respecting me.”

Despite his success in the kitchen, Lim finally followed his dream and joined the army in 2001 at 21. “I was rubbish at it – the constant fear of making mistakes led me to excel at messing up – but I loved it so much,” he says.

An injury forced Lim to resign from the military after three and a half years, and once again, he found himself back in the kitchen. “By that point, cooking had become a part of my life,” he says. “I finally accepted that this was something that I was very good at.”

Gaining momentum: This realisation propelled Lim from Singapore to the Middle East, where he eventually landed the top job at Quest, a once-lauded but now-closed restaurant inside the Jumeirah at Etihad Towers in Abu Dhabi. “Quest was the hotel’s signature fine-dining restaurant,” Lim recalls. “And in the Middle East, if you are working for the right people, you have no limits on your budget. I got all the toys and all the ingredients I wanted.”

Having complete control over the restaurant – from designing the menu to choosing the wine and the service style – allowed Lim to create the perfect dining experience for his guests.

“My name was on the restaurant [Quest by Benjamin Lim], and it gained a lot of traction with guests from overseas,” he says. “It became a destination restaurant, and some people would even fly in just for dinner. There was a real boom in the Middle East at the time, and I was lucky enough to be on the receiving end of it.”

Most meaningful culinary experience: “The most meaningful, but also the most memorable experience, was leaving the Hilton to join the army,” recalls Lim. “I was so sure at the time that cooking was in my past and was there as a backup plan just in case. At my farewell party, the executive chef said goodbye and told me he’d see me again when I returned from the army. I said it would never happen. And then, four years later, I was back in the Hilton kitchen!” 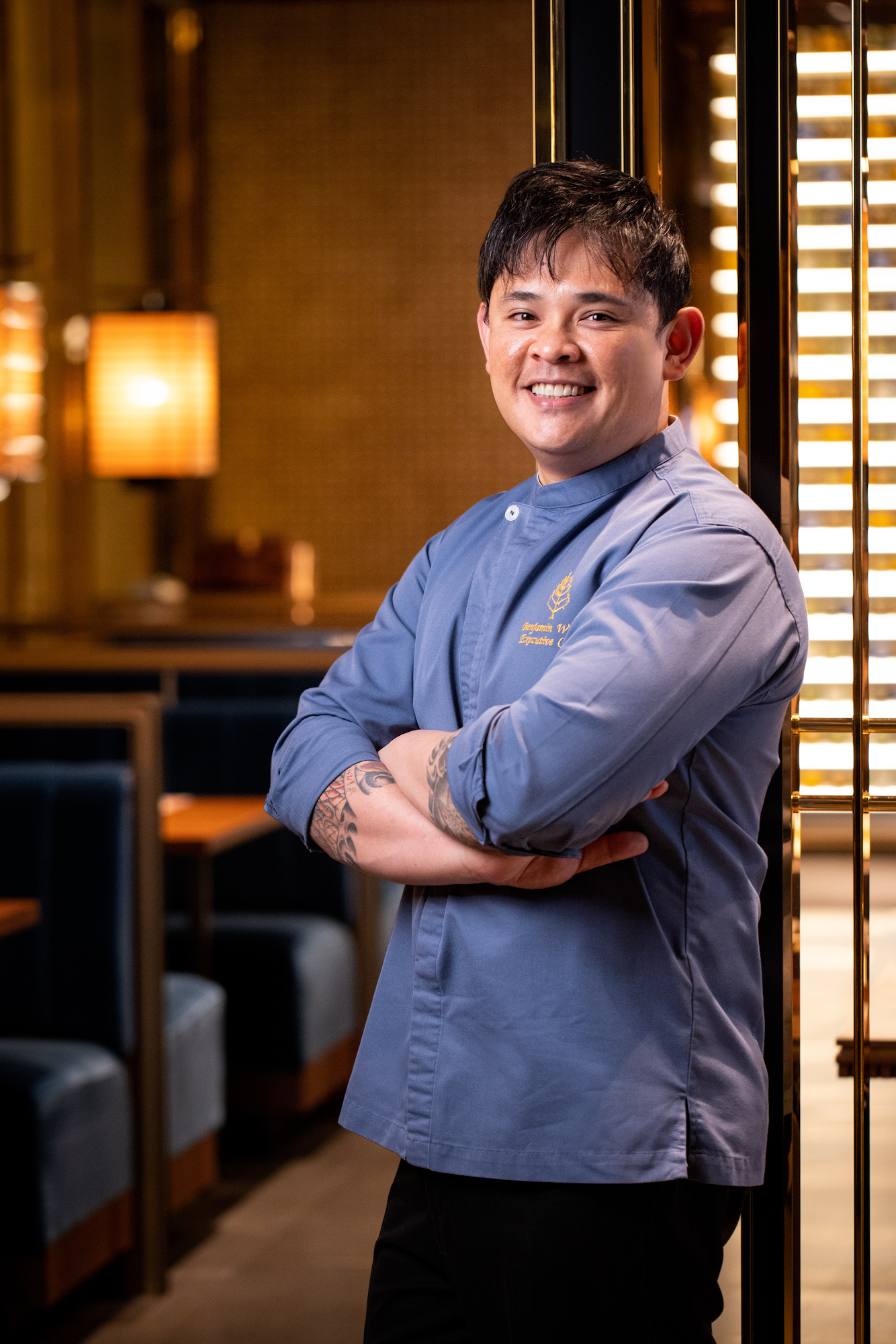 His mentor: After being discharged from the army, Lim felt lost and struggled to get back into the swing of things in the kitchen. “I was disappointed not to be able to stay in the military; it was pretty demoralising,” Lim admits. “I fell back into cooking but just jumped from one kitchen to the next, never really settling or feeling happy about where I was.”

That is, until he joined the kitchen of Sir Julien Bompard, the former Raffles Hotel Executive Chef, who had just opened his own restaurant, Le Saint Julien. “He was so tough on everyone,” Lim recalls. “People would go to the cool room [a refrigeration chamber] and just not come back; they would walk out on their job. But he taught me so much; I learned so much from him. Most importantly, he taught me that, in running a restaurant, everyone has their part to play, which makes everyone equal. It was a tough environment, but it made me the chef I am today.”

Favourite all-time dish: “My favourite dish to eat and enjoy would definitely be a cheeseburger,” says Lim. “I don’t have a favourite dish that I like to cook, but I really enjoy making bread. It’s therapeutic.”

Biggest career challenge: As someone who has travelled and worked worldwide, Lim cites cultural differences in the workplace as his biggest challenge. “Every country has a different way of doing things, their own culture and approach to different things,” he says.

“In some places, vulgarity in the kitchen was totally acceptable; in others, hurling personal insults was the way chefs communicated. Every kitchen is very multicultural, especially here in Macao, and you need to be aware of what’s acceptable and what’s not. You need to know people’s limits and how far they can be pushed.

He spent the better part of 2020 perfecting recipes for Ohte Ramen after the restaurant’s chef got stranded in the US due to Covid-19 border closures.

“I have an obsessive behaviour of taking on more than I can handle. I’ve recently started my master’s in Hospitality and Hotel Management, so that keeps me busy as well as the restaurants!”

Favourite thing about being a chef: While it might seem an obvious answer, Lim says he really enjoys the actual process and art of cooking. “It helps take your mind off whatever is bothering you,” he says. “You need to have all your focus on what you are doing at the moment, so there is no time for anything else. It clears your mind of anything that is non-cooking.”