In honour of Pride Month in June, we sat down with Anthony Lam, founding director-general of Rainbow of Macau, the city’s first pro-LGBTQ+ organisation, to understand the legal reality for LGBTQ+ individuals in the city. Imagine finding true love and not being able to make it official in the eyes of the law. Imagine not having any legal recourse if you’re denied housing due to your sexual orientation. Imagine being in a devoted same-sex relationship your whole life, but not being able to share health insurance benefits with your partner. These are some of the issues LGBTQ+ individuals face each day in Macao.

Same-sex sexual activity became legal in Macao in 1996, but few if any other rights for the LGBTQ+ community have followed. The city does not recognise gay marriage nor does it protect sexual minorities from discrimination, except in situations related to work, such as hiring processes or employment.

In addition, the local government does not recognise gay Macao residents who wed in other countries. This deprives same-sex couples of the right to apply for economic housing, inherit property, file joint taxes, make medical decisions for their partners, or even obtain insurance benefits from a partner’s employer.

In 2013, José Maria Pereira Coutinho, member of the Legislative Assembly of Macau, submitted a bill to recognise same-sex civil unions. The bill was overwhelmingly rejected, with fellow members arguing that it was “different from our traditional values”.

Given the cultural influences of Portugal and mainland China, one could look to such places to assess the city’s traditional values – and the picture varies widely. In Hong Kong and mainland China same-sex marriage is not recognised. However, in Hong Kong, the government grants dependent visa applications for same-sex spouses married abroad, allows same-sex couples to file a joint tax return and the right to apply for public housing, among other specific rights, but there are no anti-discrimination protections in places for LGBTQ+ individuals. Meanwhile, Taiwan and Portugal legalised same-sex marriage in 2019 and 2010, respectively.

Without adequate legal protection and support, Macao’s LGBTQ+ community is vulnerable to a litany of social, psychological and emotional perils. According to the 2019 Macau LGBT+ Survey, conducted by pro-LGBTQ+ organisation Rainbow of Macau, LGBTQ+ individuals are at risk of depression and discrimination on the basis of their sexual orientation.

We talked to Anthony Lam, founding director-general of Rainbow of Macau, to understand the situation for LGBTQ+ individuals and the standstill in legal protections in Macao. 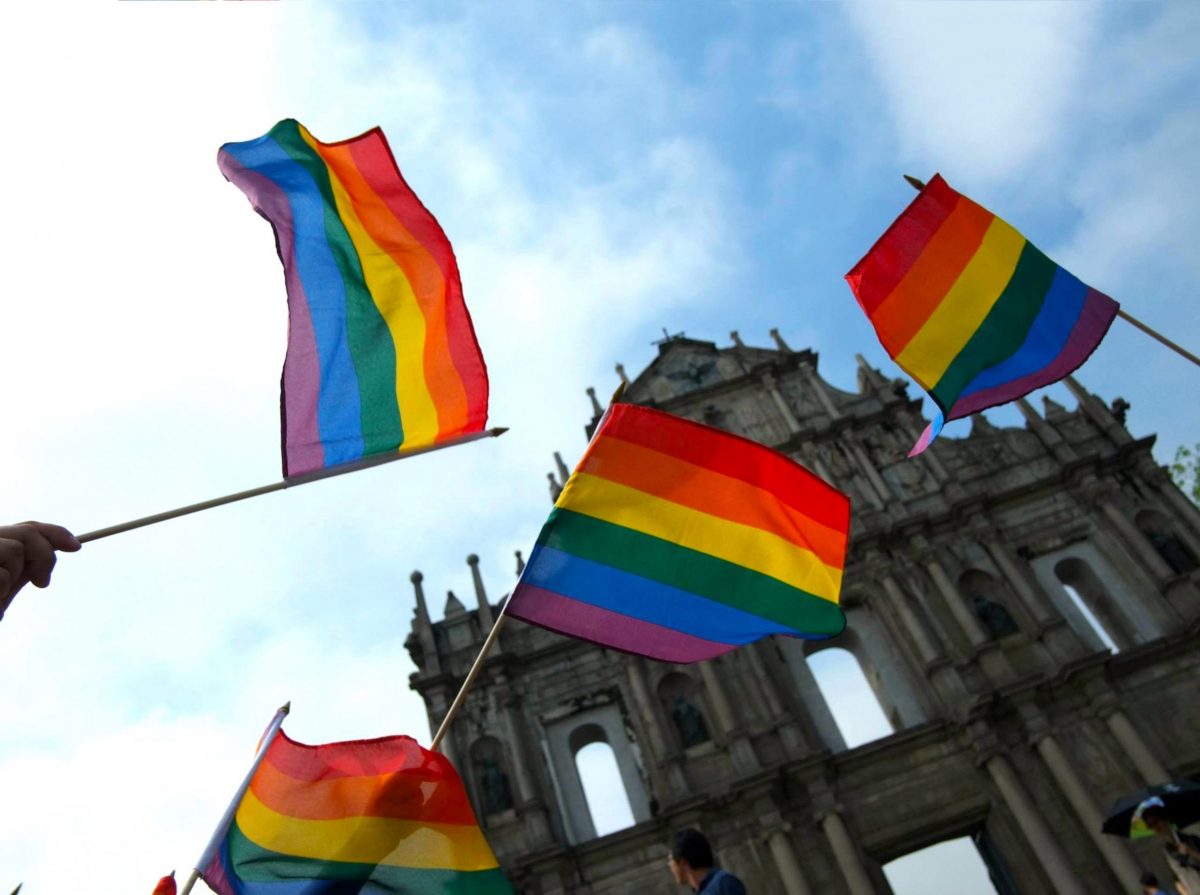 Macao News: Have you seen a growing acceptance of the LGBTQ+ community in Macao over the past decade?

Anthony Lam: Not really. I would say the attitude of “don’t ask, don’t tell” is still prevalent in the city. Although more people are willing to come out of the closet, the older generation generally does not accept them.

People are usually more accepting of sexual minority individuals who are not within their families. If it’s a friend coming out, they may feel okay, but when it comes to their children, they may feel very differently … They think it will bring shame on their family. This comes from the Chinese mentality of not wanting to intervene with other people’s lives.

AL: The Education and Youth Development Bureau has not invited Rainbow of Macau to participate in curriculum development. However, judging from what is available on the bureau’s website, the topic of LGBTQ+ inclusion is still remarkably weak.

In the section about sex education that was made publicly available, the curriculum has a focus on binary sex. For example, there are videos reminding young people to be vigilant against online romance scams, to think twice before having sexual relationships, to respect sexual differences, and to know how to protect oneself. Although there are mentions of gender equality, which we see as progress compared to a decade ago, discussions of the LGBTQ+ community still seem to be absent.

MN: Where do equal rights laws stand at the moment?

AL: I can’t speak for the government on the matter, but I believe they consider this less important than other matters on their agenda. However, it is very important for the government to establish legal protection for the LGBTQ+ community because it will signify that their existence is indeed acknowledged by the government and that their interests and benefits are looked after by society as a whole.

In previous years, the government has often reiterated that human rights are protected by the Basic Law. Although it wasn’t said in response to LGBTQ+ issues, I expect the government to have the same mentality for LGBTQ+ rights.

MN: What about the LGBTQ+ community? What is their attitude towards achieving equal rights?

AL: I don’t see a trend of local [LGBTQ+] people pursuing their rights. I refrain from saying that they have sufficient rights, because in many areas, laws and policies in Macao are still not providing enough protection for the LGBTQ+ community.

For example, as of today, transsexuals still have no way to get their gender markers changed on their IDs. The reason behind this lack of intention is that the city [was] economically thriving [pre-pandemic] and sexual minority individuals [had the means to] easily travel abroad to be themselves and live a way that is not accepted here.

MN: How does discrimination impact them?

AL: Different people may have different definitions of discrimination. Some might only see themselves being discriminated against when they experience physical violence.

Since Macao is a relatively peaceful society, we seldom see any aggressive form of discrimination. However, it seems to me that some sexual minority individuals don’t realise the bizarre situation they are facing. They may not realise that being a subject of a joke or being frowned upon for holding hands with or hugging their partners are forms of discrimination. The lack of awareness makes them even less likely to stand up to fight for their rights.

MN: Can you share a few examples of how the current laws impact LGBTQ+ people?

AL: A trans person may be frowned upon and questioned extensively at airport immigrations because their passport sex isn’t the same as what they appear to be. Furthermore, without legal foundation for gender marker change, a male-to-female (MTF) [transwoman] may not have the chance to access gynaecologist services and get prescriptions for hormones.

A lack of legal recognition for transitioning trans [youth] also causes problems at schools. For instance, FTM [individuals transitioning from female-to-male gender identities] were not allowed to wear pants at school, for instance. In addition, same-sex couples may not be authorised to sign consent for medical operations for their partners, which just means that their relationship is less legitimate than hetero.

MN: What more can be done to support Macao’s LGBTQ+ community?

AL: Being a minority group which might not enjoy adequate acceptance in society, LGBTQ+ people may need counselling support, but so far I don’t see the Social Welfare Bureau paying attention to this area. Meanwhile, the bureau has never contacted Rainbow of Macau to explore the possibility of providing official counselling assistance for the LGBTQ+ community.

I wonder whether the city is offering enough support for the LGBTQ+ community. Will they feel welcomed by their psychiatrists or psychotherapists if they seek help? This is something we need to work on.