Age of discovery: 10 of the most influential Portuguese contributions to the world Link copied

From chillies to citrus remedies, tea and cannons, Portuguese explorers changed the world as we know it. 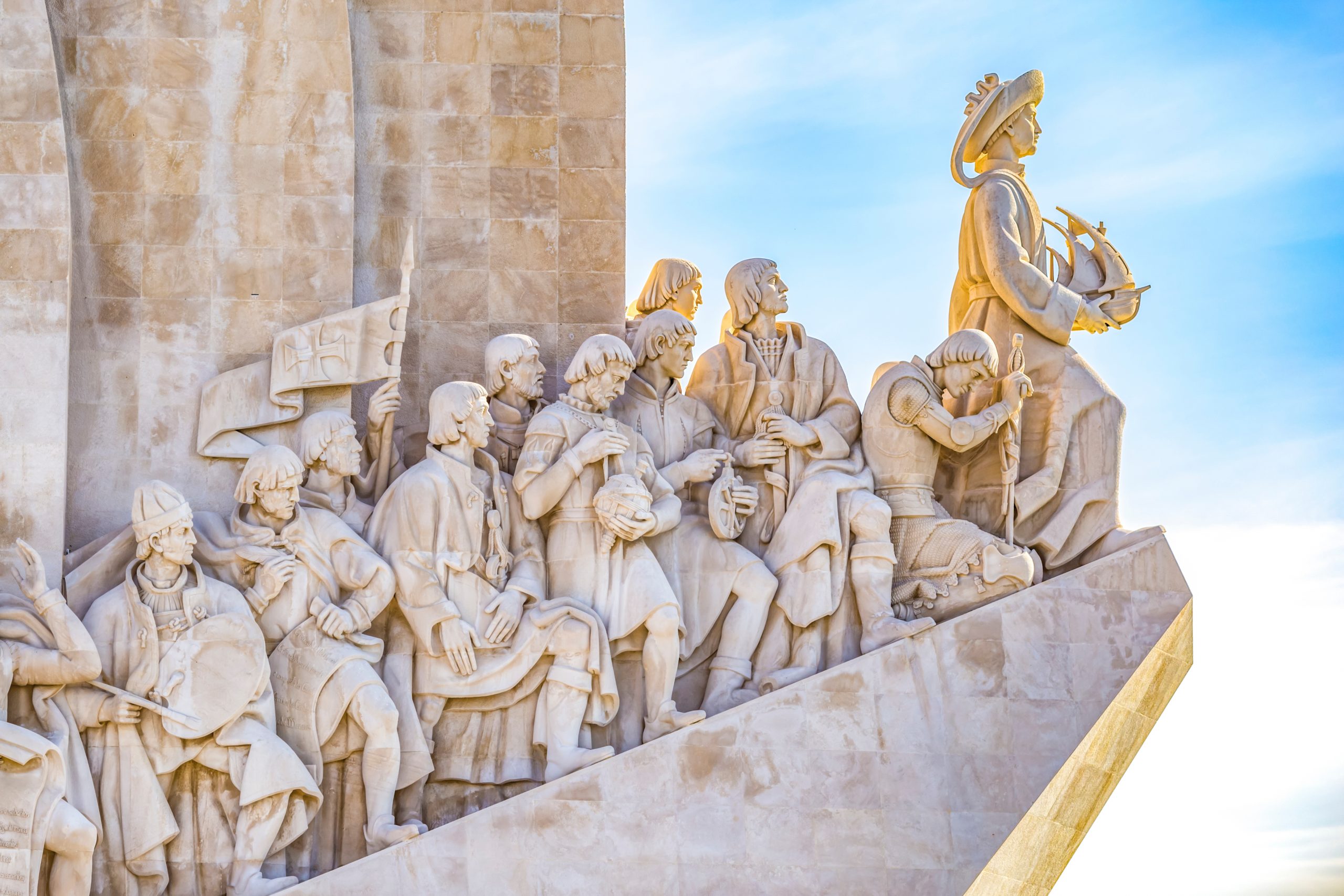 Few corners of the planet were left untouched by Portuguese explorers in the Age of Discovery, when rapid developments in nautical science inspired enterprising navigators and sailors to set course for distant horizons. Much of what they inaugurated centuries ago still resonates around the world today.

Of course, Portuguese exploration has ties to Macao’s own history and heritage, since the city was under Portuguese administration from 1557 to 1999. In honour of this centuries-long connection, we take a look at a few of the most influential Portuguese navigators to sail across Asia, discovering spices, sharing recipes, exporting weapons and planting gardens along the way.

1. Spice of life: The ingredient that revolutionised Asian cuisine

Exactly which Portuguese sailor thought to pop a handful of chillies in his pocket before setting sail for Asia from South America around the 16th century is lost in the mists of time but, whoever it was, he changed the region’s cuisines more radically than any modern-day celebrity chef.

Kung pao chicken in Sichuan, kua kling minced pork in Thailand, the Indian lamb meatball curry known as rista, Indonesia’s tangy rujak fruit salad – all would just be bland mounds without the addition of chillies. Macanese food, of course, uses chillies to perfection in dishes such as the Macanese tamarind-braised pork, Diabo and African Chicken.

Long before medical “experts” finally admitted that scurvy was not a digestive issue, Portuguese mariners had worked out that the deadly disease – which could lay waste to an entire ship’s company – was caused by endless meals of meat and biscuit, and a dearth of Vitamin C. Of course, back in the Middle Ages nobody got as far as scientific identification: but eating an orange, lemon or lime a day certainly kept the doctor away.

In fact, in the 16th century, one Fernao Lopes who had been marooned on St Helena in the middle of the Atlantic Ocean, turned himself into a one-man supply operation, growing fruit and vegetables to trade with passing ships.

3. Starting with a bang: Introducing guns to Tanegashima

Once a year in August the island of Tanegashima off southern Japan takes a step back in time. During an idiosyncratic parade, called the Teppo Matsuri, a posse of samurai warriors fire ancient flintlocks at regular ear-splitting intervals.

The parade commemorates the day in August 1543 when a Chinese junk carrying three Portuguese merchants – António Peixoto, Francisco Zeimoto and António da Mota – was blown off course and made landfall on the island.

The intrepid trio is credited with introducing handheld firearms to the archipelago which until that point had relied on nothing more technologically advanced than swords and spears. The island is also home to the Pistol Museum Tanegashima, where history buffs can view ancient pistols and guns and learn more about this fascinating era. Today, Japan’s largest space station and rocket-launch complex also lies in Tanegashima Nishimura Bay.

When the 21-year-old Portuguese Princess Catarina de Bragança married Charles II of England in 1662, it was more of a trade deal than a love match, as her dowry included Bombay [now Mumbai] and Tangier in Morocco. But she also arrived bearing a substantial supply of Chinese tea – shipped from Macao to Europe by Portuguese traders – which soon became the fashionable drink at court and later across the country, where it is still regarded as England’s national drink.

The Portuguese helped spread tea’s popularity to other parts of the world as well. In the early 19th century a cohort of Chinese tea famers were shipped from Macao to Brazil, where they started a plantation outside São Paulo which continues to thrive today, although the tea is usually used for blending as its taste is not so strong. Alessandro Valignano was a renaissance man – highly educated, far-sighted, and determined to achieve whatever he set out to do. In 1574 he set out for Asia having been ordained in the Society of Jesus, and despite having been born in Italy, he soon carved out a preeminent place for himself in the region where Portugal played a dominant role.

6. Cashing in on cannons: Exporting powerful weapons across Asia 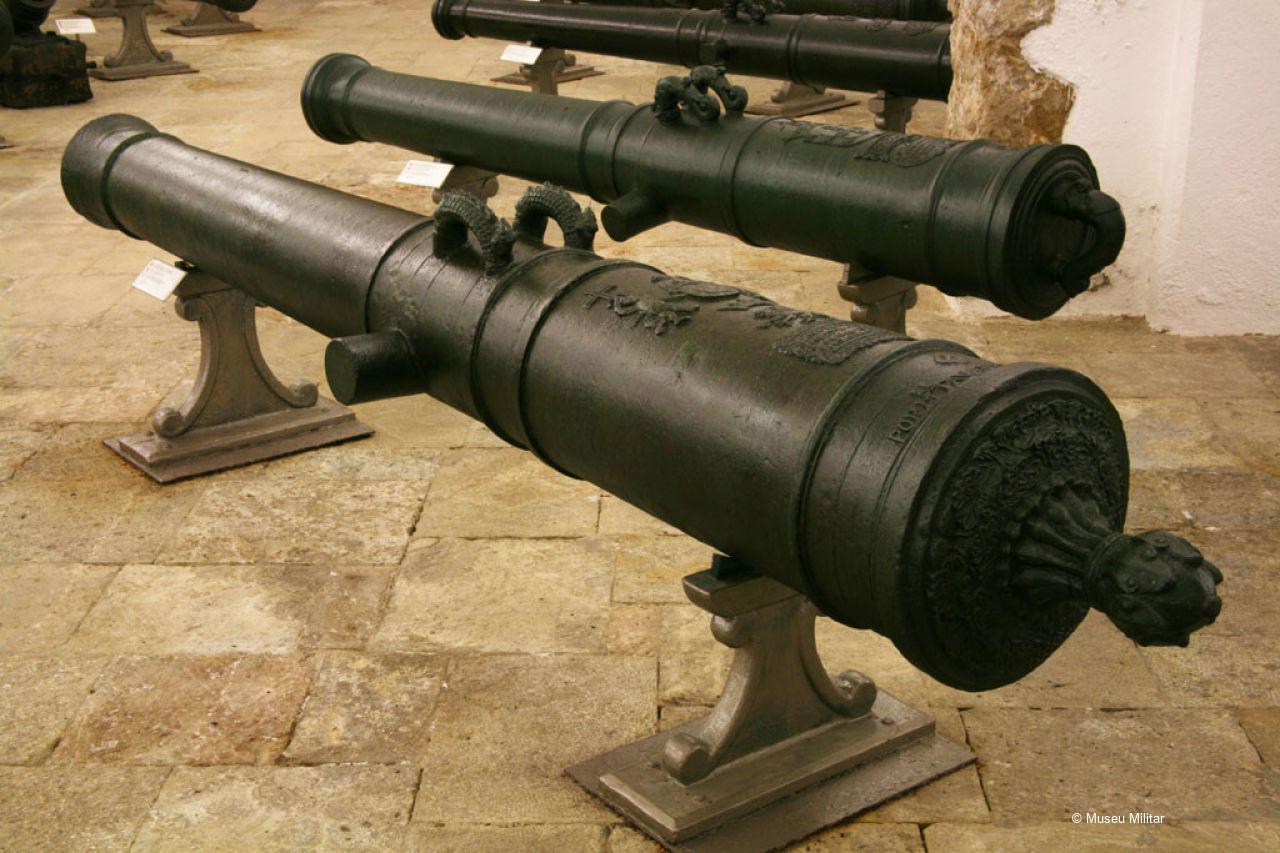 Nowadays – Covid-19 permitting – it’s the roulette ball, and associated games of chance, that prop up Macao’s fortunes. But in the 17th century it was cannon balls, and associated ordnance, that kept the money rolling in.

The man of the moment was Portugal’s Manuel Tavares Bocarro, a master gunsmith who cast bronze and iron cannon – the war-winning weapons of the time – at his foundry in Chunambeiro by Penha Hill. It wasn’t just for the local market either, as Boccaro exported his cannon as far afield as mainland China, Vietnam, Japan, the Philippines and Malacca.

Few vegetables are as adaptable as the potato, which soon made its way around the world from South America. The British love their chips, Swiss adore rosti, brunch in the US requires hash browns, and India’s aloo mutter is a piquant amalgam of spuds and peas. Not surprisingly, it was Portuguese travellers who introduced “batata” (potatoes) to India in the early 17th century when they cultivated them along the western coast.

The wives of Portuguese settlers had long been marinating meat in wine vinegar and garlic – “carne de vinha d’alhos” – and naturally took the recipe with them when they made their way to India in the 16th century.

In Goa, perhaps due to a shortage of ingredients, perhaps just because of the temptation to experiment, the dish got a hefty tweak with the addition of chillies, tamarind, black pepper, cinnamon and cardamom. The name got a twist too, so carne de vinha d’alhos became vindaloo. And as pork was popular in largely Catholic Goa, pork vindaloo became one of the region’s signature dishes.

Getting to India from Portugal via Brazil may seem like a roundabout route, but sailing ships were often at the mercy of the winds in the 16th century. And the Portuguese explorer Pedro Álvares Cabral may well have been driven west across the Atlantic by curiosity as well.

Whatever the reason, his fleet was the first from Europe to pitch up at Porto Seguro, between Salvador and Rio de Janeiro in April 1500. He subsequently made a long exploration of the interior, claiming it for Portugal, before completing his voyage to India by rounding the Cape of Good Hope, following another legendary Portuguese navigator, Vasco da Gama, who had sailed that way in 1498.

Fernão de Magalhães was killed in a skirmish in Cebu, an island in the Philippines in 1521 – a tragic end for a heroic man who was sure it was possible to sail from Europe to the Spice Islands via southern Chile’s Cape Horn.

After perilous storms, mutiny, and near starvation the dynamic leader died almost within sight of his goal. A single ship from his fleet managed to make it all the way home. Had he lived, Magalhães would have been able to claim that he was the first man to sail around the world. He was, it almost goes without saying, Portuguese.