The group’s three Lisboa resorts form the mainstay of a roadshow broadcasting the message that Macao is a safe destination for tourists. 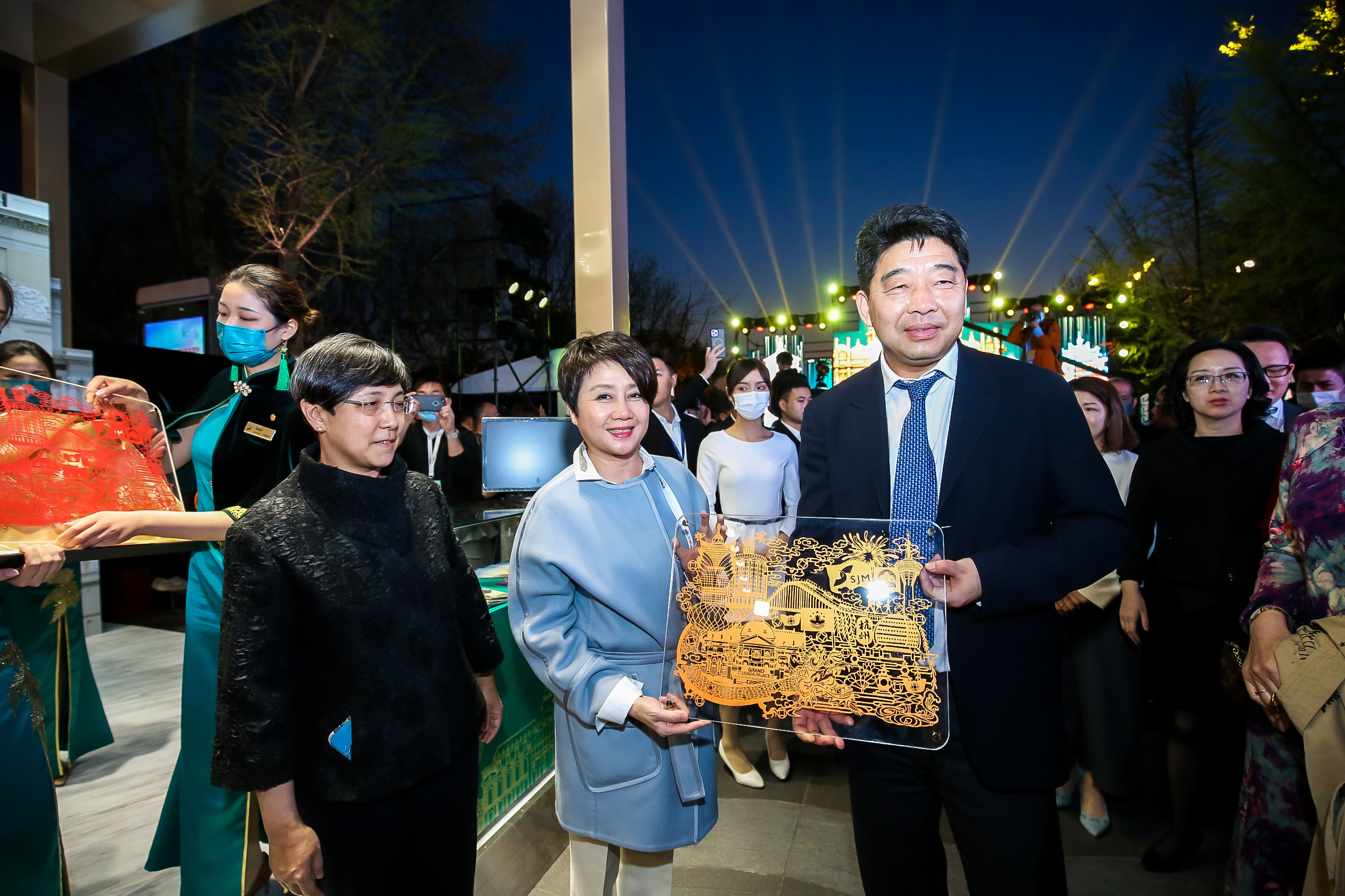 The dance extravaganza was put together by Sociedade de Jogos de Macau (SJM) as part of its contribution to the government-run promotion – held in Hangzhou’s Hubin Pedestrian Street – to spread the word that Macao is a safe destination for tourists.

Opened in 1970, Hotel Lisboa was Macao’s first integrated resort and its innovative cylindrical hotel tower remains a city landmark. The architectural design of Grand Lisboa takes the shape of a lotus, Macao’s floral emblem. The hotel is home to seven Michelin stars, and is one of the few in the world to have earned quadruple Forbes Five-Star recognition.

The booth also featured the Grand Lisboa Palace Resort, SJM’s newest integrated resort on Cotai set to open later in 2021. The resort comprises three hotel towers – Grand Lisboa Palace Macau, Asia’s first Palazzo Versace Macau and the only Karl Lagerfeld in the world. The resort features 1,900 rooms and suites, as well as a range of dining, leisure and entertainment facilities, including The Grand Pavilion – Macao’s most palatial venue for staging events and weddings.

Daisy Ho, chairman of the Board of Directors of SJM, said, “With the support of the Central Government, the anti-pandemic measures of the Macao SAR government, and the joint efforts of the entire community, Macao is now a safe tourist city.

“The Lisboa brand, with a legacy of 50 years, is a pioneer in Macao’s tourism and leisure industry, closely connected with the development of the city.  The Grand Lisboa Palace integrated resort, with its East-West theme highlighting Macao’s unique role in Sino-Western cultural exchange for over 400 years, will bring a brand new experience to visitors while supporting Macao’s positioning as a world centre of tourism and leisure.”