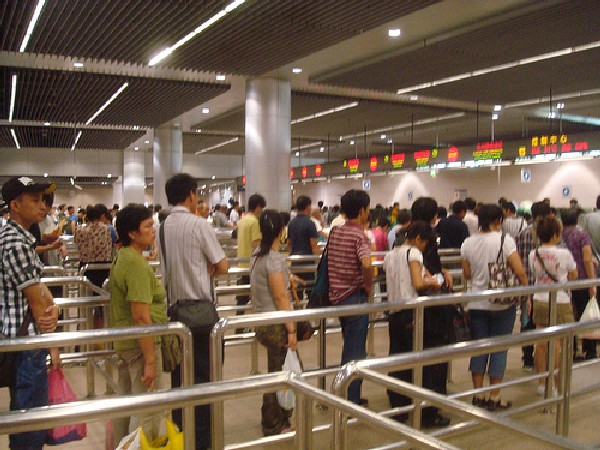 Macau, China, 20 Jan – The Public Security Police (PSP) said Thursday that up to 1.9 million people – residents and visitors – are expected to pass through the checkpoint during the Chinese New Year holidays from this coming Sunday to January 29.

PSP Barrier Gate Commissioner Ku Keng Hin told reporters that the police will not allow any staff to take a day off during the busy holiday period and that they will be stationed at various checkpoints in Macau to speed up the processing of people leaving or entering the city.

According to The Macau Post Daily today, Ku predicted that during the Chinese New Year holiday season some 1.9 million people will pass through the Barrier Gate checkpoint, a five to seven percent increase from the same holiday period last year.

Ku also said that there were about 300 personnel normally working at the Barrier Gate and that an additional 500 personnel will be on duty there during the holiday period, while staff from other departments will be at the checkpoint to maintain law and order.

He pointed out that the checkpoint nowadays could handle up to 500,000 people per day, because of which there was no need to restrict the number of border crossings.

Ku also said that the number of vehicle crossings was not expected to rise above normal levels during the holiday so that there were no plans to open more lanes for cars or deploying more personnel to assist traffic in that area.(MacauNews /Tourism)