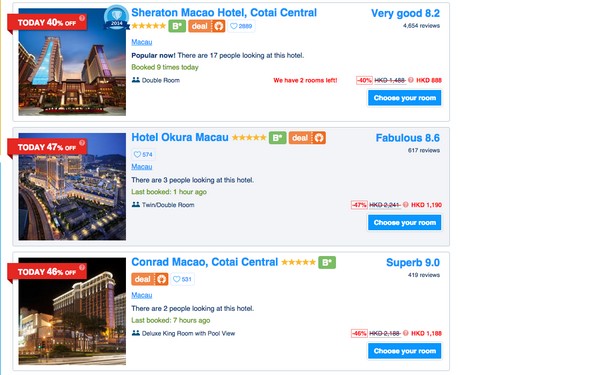 A DSEC statement attributed the decrease to lower hotel rates and price of clothing.

The statement said that the price indices of accommodation (-10.88 percent) and clothing and footwear (-6.96 percent) showed “notable decreases”.

However, the price indices of food, alcoholic beverages and tobacco; transport and communications; and entertainment and cultural activities rose by 5.87 percent, 3.94 percent and 3.14 percent respectively.

The average TPI for the last four quarters increased by 0.55 percent from the previous period, with marked increases in the price indices of restaurant services (+5.78 percent), food, alcoholic beverages and tobacco (+5.12 percent) and entertainment and cultural activities (+4.82 percent).

For the first three quarters of this year, the index dipped by 0.10 percent year-on-year.

According to the bureau, the TPI reflects the price changes of goods and services purchased by visitors.

Local tour guides say that the city has become one of Asia’s most expensive destinations.