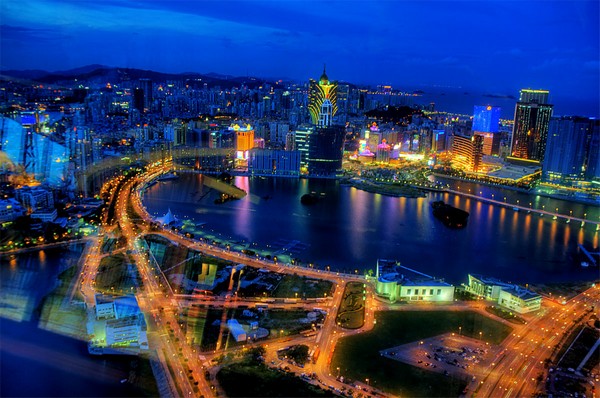 The average occupancy rate stood at 78.9 percent in the first quarter, a drop of 7.8 percentage points year-on-year.

At the end of March, the hospitality industry had 28,000 guestrooms, up 1.8 percent from a year earlier. Five-star hotels accounted for 64.8 percent of the total number of guestrooms.

The number of guests from South Korea rose 5.9 percent to 18,000.
Guests’ average length of stay was 1.4 nights in March, up by 0.1 night year-on-year. The average occupancy rate dropped notably by 10.9 percentage points year-on-year to 77.3 percent.

Gold jewellery, watches, handbags and wallets are popular with mainland shoppers who make up a major portion of the city’s visitor arrivals.

Overall imports rose 3.1 percent to 22.2 million patacas in the first three months. At 14.3 percent of the total import value, food and beverages ranked first among the city’s import product segments.

Exports rose 9.2 percent to 2.7 billion patacas. Re-exports accounted for 81.5 percent of all exports.

The Statistics and Census Bureau (DSEC) also announced that Macau’s population density reached 20,500 inhabitants per square kilometer at the end of last year.

Macau’s population density is understood to be the highest of any country and autonomous region in the world.

The special administrative region’s land area stood at 30.3 sq km at the end of last year – a mere 2.7 percent of Hong Kong.

The annual mean air temperature was 22.7 degrees Celsius, up by 0.3 degree Celsius year-on-year.

A total of 218,987 tonnes of domestic waste was collected last year, a 5.4 percent increase compared to the previous year. Waste from the business sector rose 14.8 percent to 122,906 tonnes. (macaunews/macaupost)