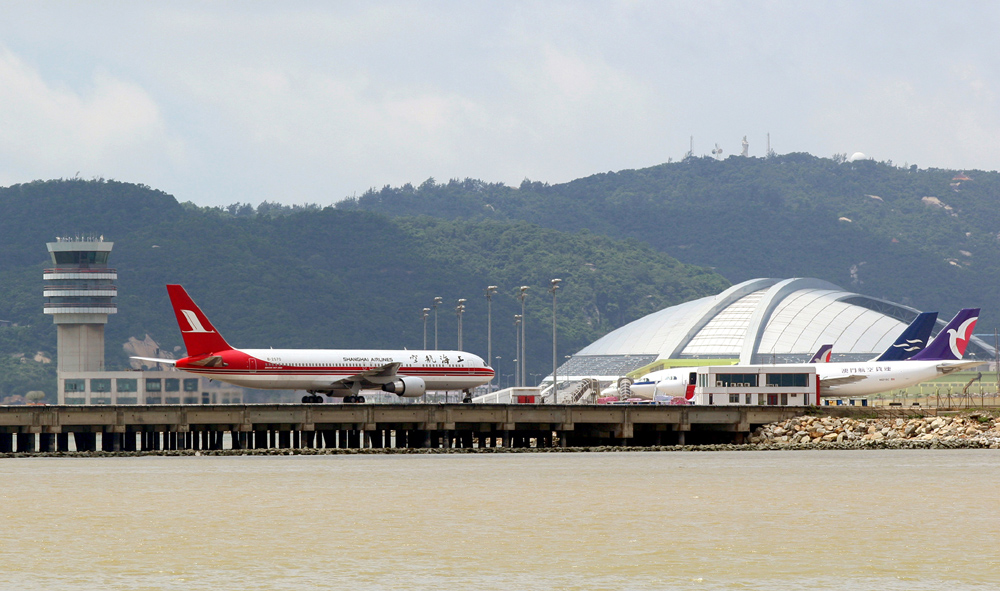 The construction project, which is awaiting final approval, is expected to take up to two years and will cut boarding and immigration queue times. An MIA spokesman told MacauNews that the project had gone through the tendering and selection process and an announcement would be made in regards to the start date and the chosen construction company once final approval for the work had been granted.

The work is only a temporary measure with MIA planning a further expansion over five years, costing more than 5 billion patacas (US$650 million). The airport has an annual capacity of 6 million people and 165,000 tonnes of cargo. The five-year expansion plan, which would include land reclamation, would increase capacity to up to 12 million people.

Last year more than 5.5 million people used the airport, there were 53,386 flights and 180,000 tonnes of cargo processed. There are 15 airlines that fly out of MIA, covering 28 destinations on about 1,000 flights a week. The majority of the 120,000 passengers that use the airport each month are from Taiwan, South East Asia and mainland China.

An MIA spokesman said there needed to be a long-term plan that ensured the airport was able to expand with Macau’s changing needs and was not hemmed in by development.

"In Macau there are no further areas and the airport cannot be half where it is and half somewhere else," he said. "This is a serious worry that the Macau society and government must urgently consider when analysing projects around the actual airport."

The spokesman said the five-year expansion plan would only go ahead if the funding could be secured. He said the proposal had been presented at the highest level several months ago.

"Airport is a type of infrastructure that requires continuous investments and a lot has been invested since its operation in the beginning, either to extend, improve or refresh facilities," he said.

"Significant investments are going on to balance capacity in the current configuration…after those expansions the airport can only add capacity with additional land that needs to be reclaimed and this is a lengthy process that requires several levels of approval, high levels of financing and several years to be available."

According to MIA, in the past two years the Macau aviation industry has grown 300 percent as a result of tourist and real estate development.

"Still today most of our visitors have to arrive at other airports nearby and then cross several immigration controls and change through different sea and surface transport models, taking several hours to arrive at their hotel after landing from their air travel," the spokesman said. "This is an inconvenience that will gradually be replaced as more airlines open more destinations by connecting at Macau Airport, which is already starting to happen."

In August 2007, the Macau government said it was considering acquiring the entire private capital of airport management company CAM and investing 10 billion patacas (US$1.29 billion) in improving its structure and operation.