The skies above Macao are set to dazzle in the run-up to Christmas and beyond into the new year with spectacular light installations, interactive games and projection mapping shows.

The “Macao Light Festival 2021 – Travellers from Mars” will take place across the city each evening from 4 December to 2 January from 7 pm to 10 pm.

The festival, which is organised by the Macao Government Tourism Office (MGTO) and designed to help the economy as well as entertain residents, will launch with the “Light Up Macau Drone Gala” on 4 December.

Spectators are advised to go to any of the following locations: 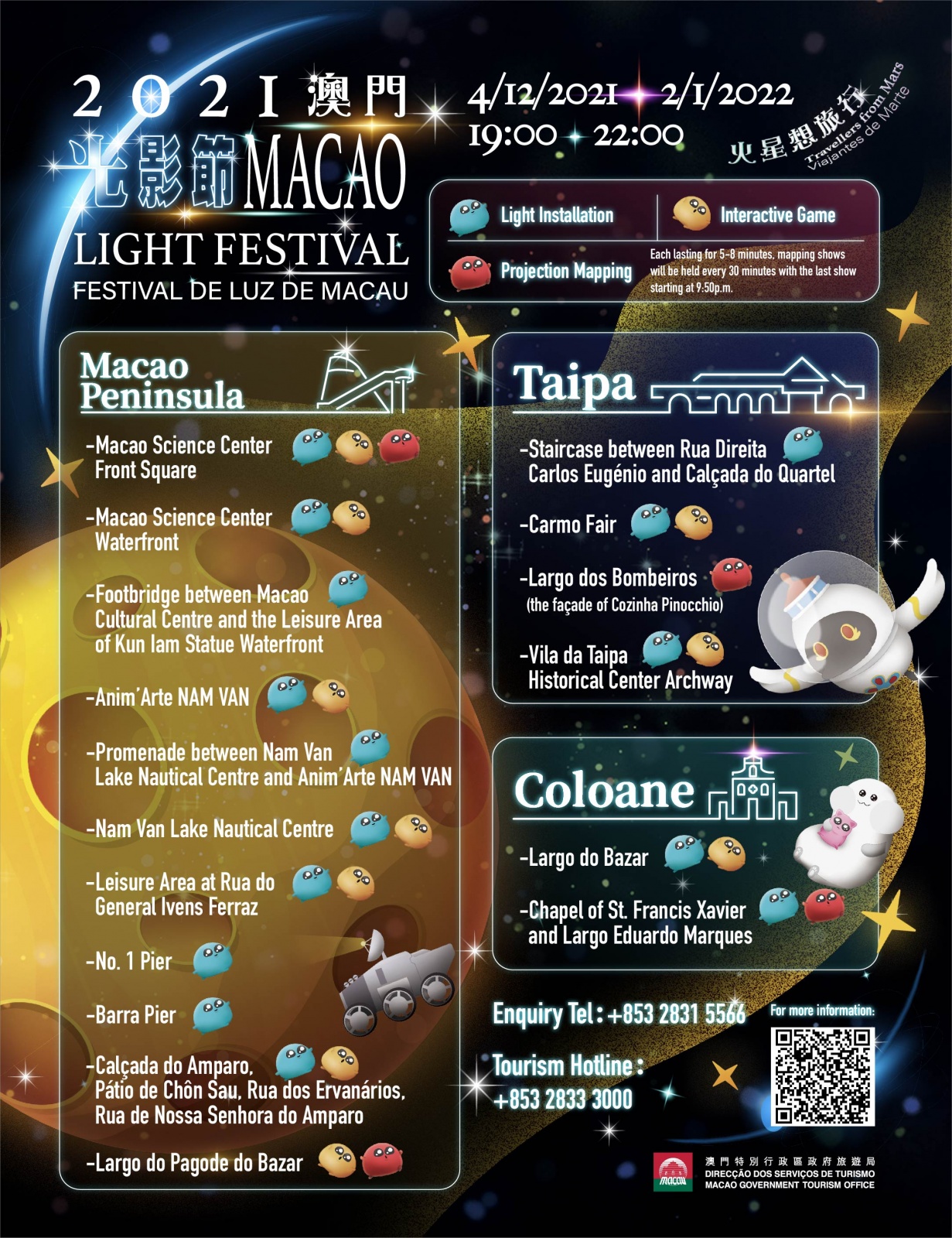 The MGTO said that there will also be four different projection mapping shows on separate dates by performance teams from Macao, Changsha, Hengqin and Tokyo at the Macao Science Center, Largo do Pagode do Bazar, Largo dos Bombeiros, and Chapel of St Francis Xavier. 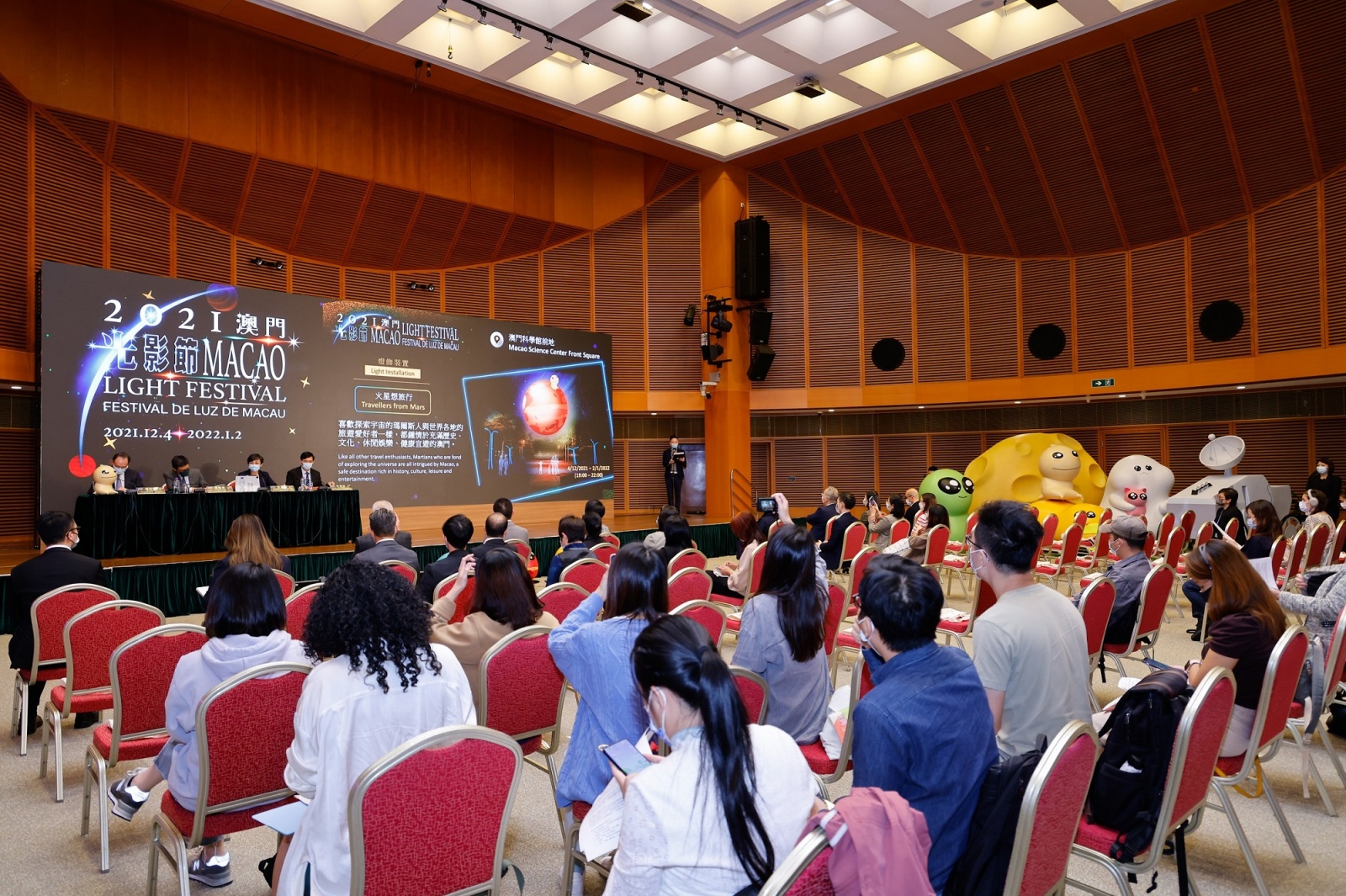 Fernades also said that the light festival had added a new location for spectators at Barra Pier, stressing that the aim is to combine the festival with the Macau Aquatic Trek cruises. She said that there will be a spacious viewing spot outside the Macao Science Center, which will also host arts and crafts markets at weekends.

Fernandes said there will not be a countdown fireworks display on New Year’s Eve but MGTO is considering the possibility of  a pyrotechnic show during Chinese New Year in February. However, she added that the mainland has strict rules for firework shows so MGTO is still looking into the matter, The Macau Post Daily reported.