Teams from Beijing, Guangzhou, Shenzhen and Tianjin will employ state-of-the-art technology in 10 nighttime shows in October. 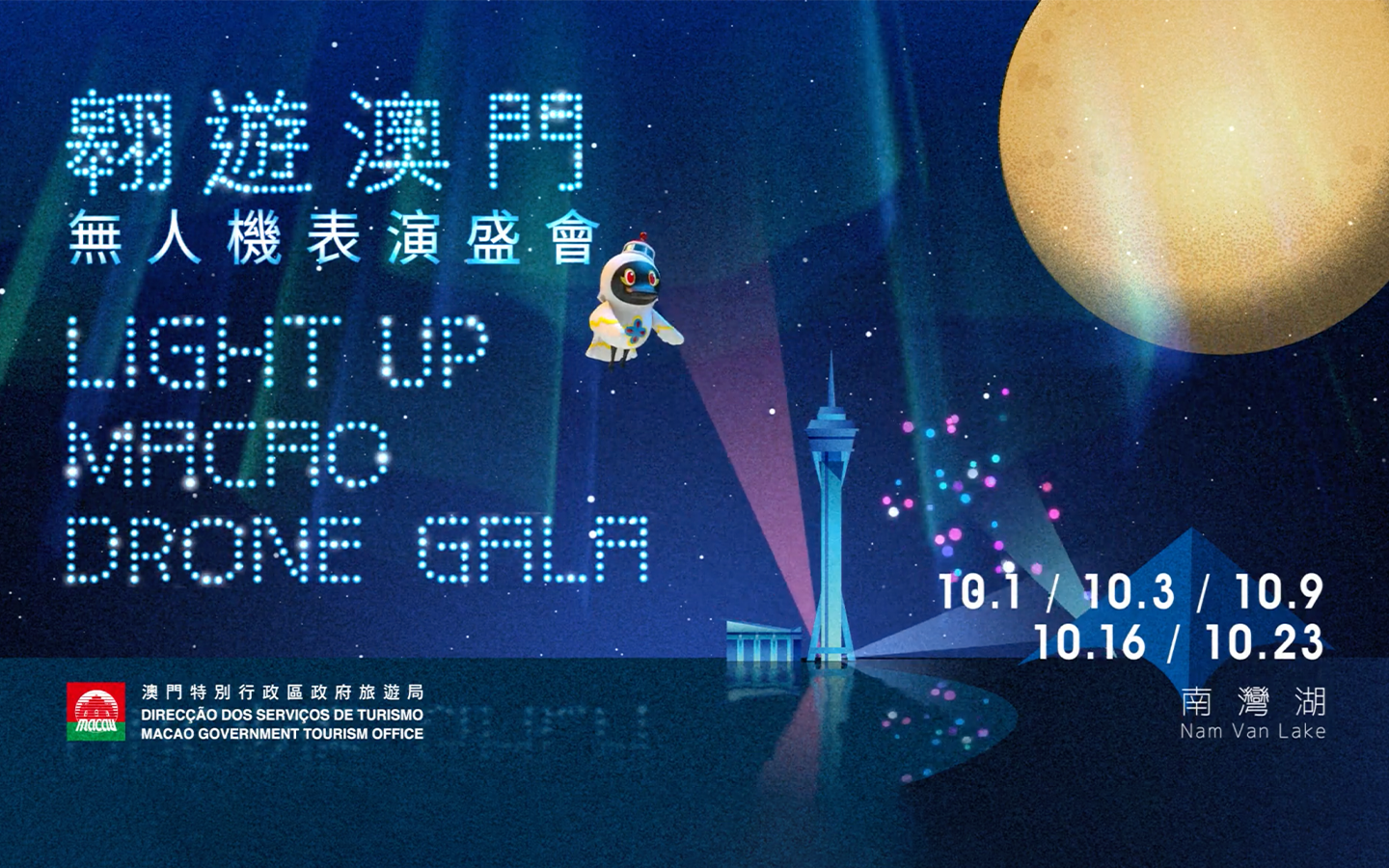 A new event – “Light up Macao Drone Gala” – is due to debut on National Day and run for 10 sessions between 1 and 23 October.

The MGTO said that due to the impact of the Covid-19 pandemic, pyrotechnic teams from overseas have not been able to come to Macao for the city’s annual Firework Display Contest. Therefore, MGTO decided to launch “Light Up Macao Drone Gala” instead.

The drone gala is a visual art extravaganza that uses the evening sky, and “orchestrates a symphony of technology, integrated 2D and 3D design, light and sound effects, resembling a constellation of stars which adorn the city’s night skyline”, according to the MGTO.

MGTO said that it has invited five teams from Beijing, Guangzhou, Shenzhen and Tianjin to perform 10 sessions of drone formation shows at Nam Van Lake in October. Three of the five teams set world records for the longest drone flight time and the most drones flying simultaneously.

The statement also said that from 7-10 pm every show night, temporary bus stops will be available on Rua do Lago Sai Van and Praça de Jorge Álvares (on the road near New Yaohan Building).

The MGTO noted that the drone performance is subject to wind speed and rainfall, pointing out that if the weather is unfavourable, the bureau will announce the news to the public two hours before the show time, if possible.