SJM’s designer label property, which was entirely designed by the late German fashion icon, raises the stakes in Cotai. 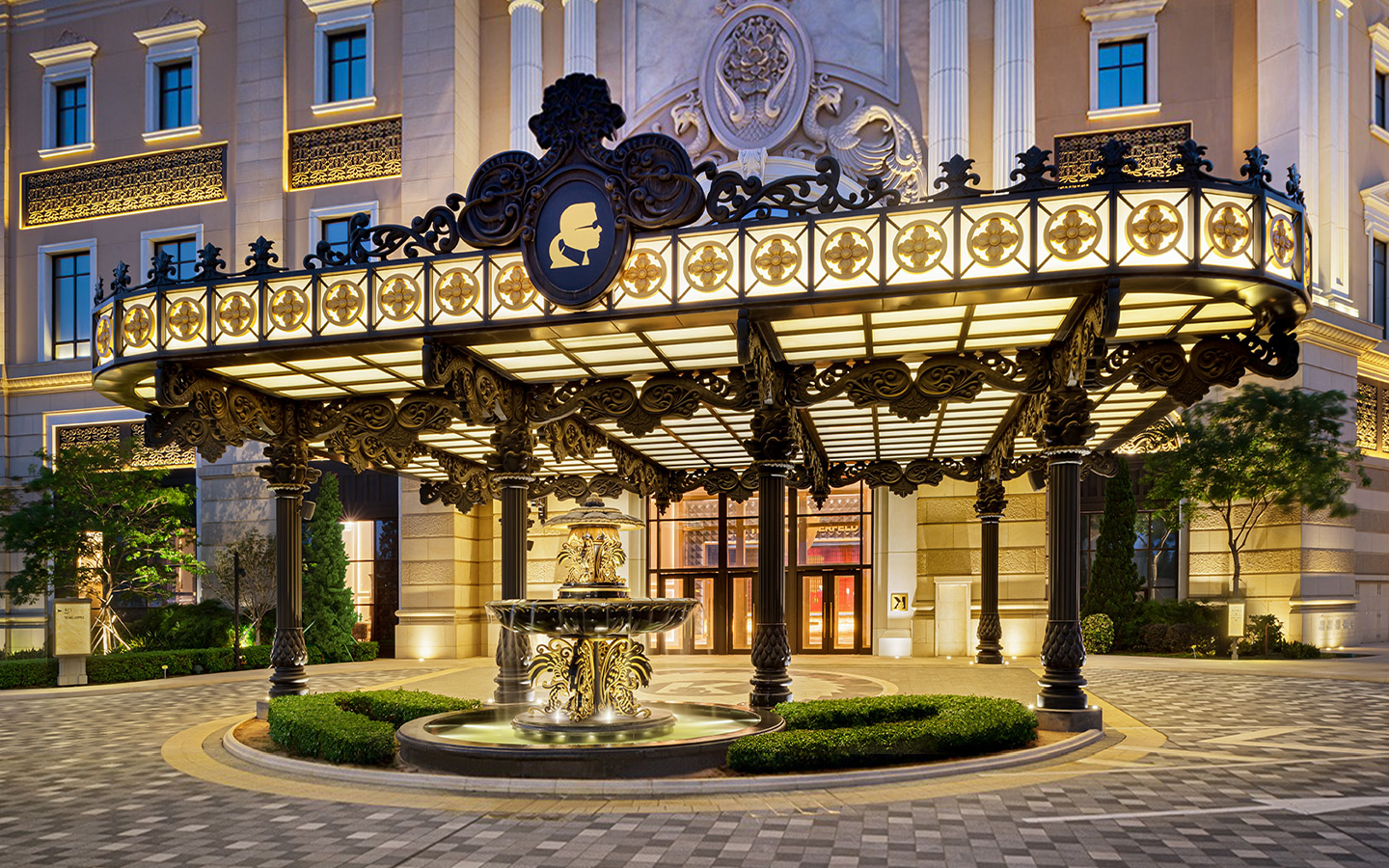 The long-awaited, super luxury Karl Lagerfeld Hotel at Grand Lisboa Palace on Cotai will throw open its doors to the public for the first time on 3 December.

Bookings have already opened for the hotel, which was designed by the celebrated late German fashion designer, and is expected to feature just 270 guest rooms in a 20-storey tower.

Lagerfeld, who died in 2019 at the age of 85, designed the entire property including the rooms, suites, and F&B outlets, namely the contemporary Portuguese restaurant Mesa – which opened last June – and the Statement Bar.

Lagerfeld was creative director of Chanel for 36 years and launched his own hospitality line in 2016. Some of his most admired interior projects include Hôtel de Crillon in Paris and Sofitel So Singapore.

The new hotel is co-located with SJM’s Grand Lisboa Palace, a HK$39 billion property which opened last July with only 300 of the 1,350 rooms available, plus some restaurants and event space.

Altogether, SJM’s first Cotai property includes approximately 1,900 hotel rooms and suites in three hotels – the Grand Lisboa Palace, the Karl Lagerfeld, and the 290-room Palazzo Versace, the first designed by Donatella Versace in Asia, which is still under construction.

SJM’s chairman and executive director, Daisy Ho Chiu Fung, has commented that the group would slowly increase the number of available rooms according to demand, which will depend on the pandemic progression and travel restrictions.