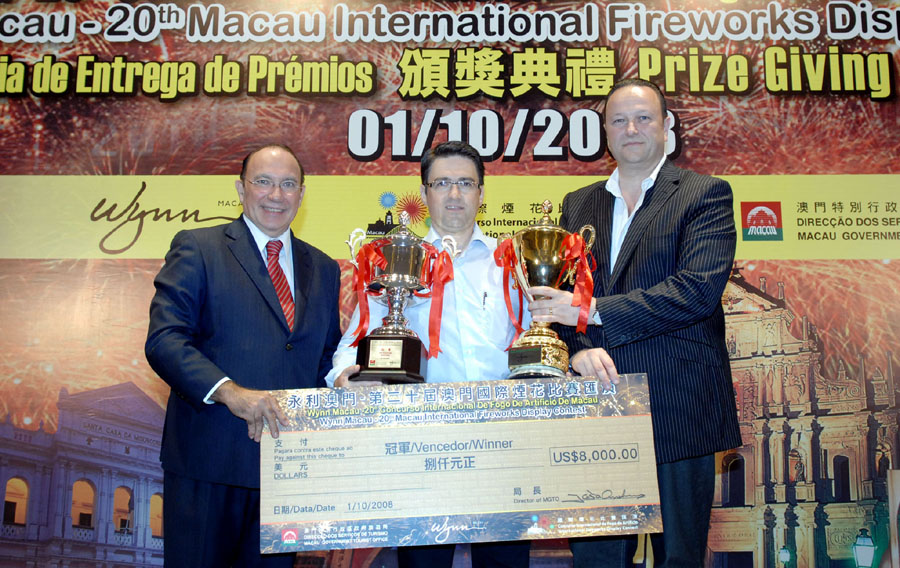 The company, established in 1965, has been among the best in France since the 1980s and is known for the multimedia elements of their firework shows.

Tamaya Art Pyro Technics from Japan, which won the contest in 2004 and 2005, came in second place, while Taiwan’s Wan Dar Fireworks Mfg. came in third.

Over the last two weeks, representatives from Germany, South Korea, Japan, the United Kingdom, Portugal, Taiwan, the Philippines, France, Australia and the People’s Republic of China took part in five evenings of firework displays at the sea area in front of the Macau Tower.

The first-place winner received US$8,000, while the teams that came in second and third places received US$4,000 and US$2,500, respectively.

The Macau Government Tourist Office provided a subsidy of US$20,000 to each participant.