Investigators to probe why deceased, who was wearing safety gear, was on fifth storey when he was supposed to be working on the ground floor. 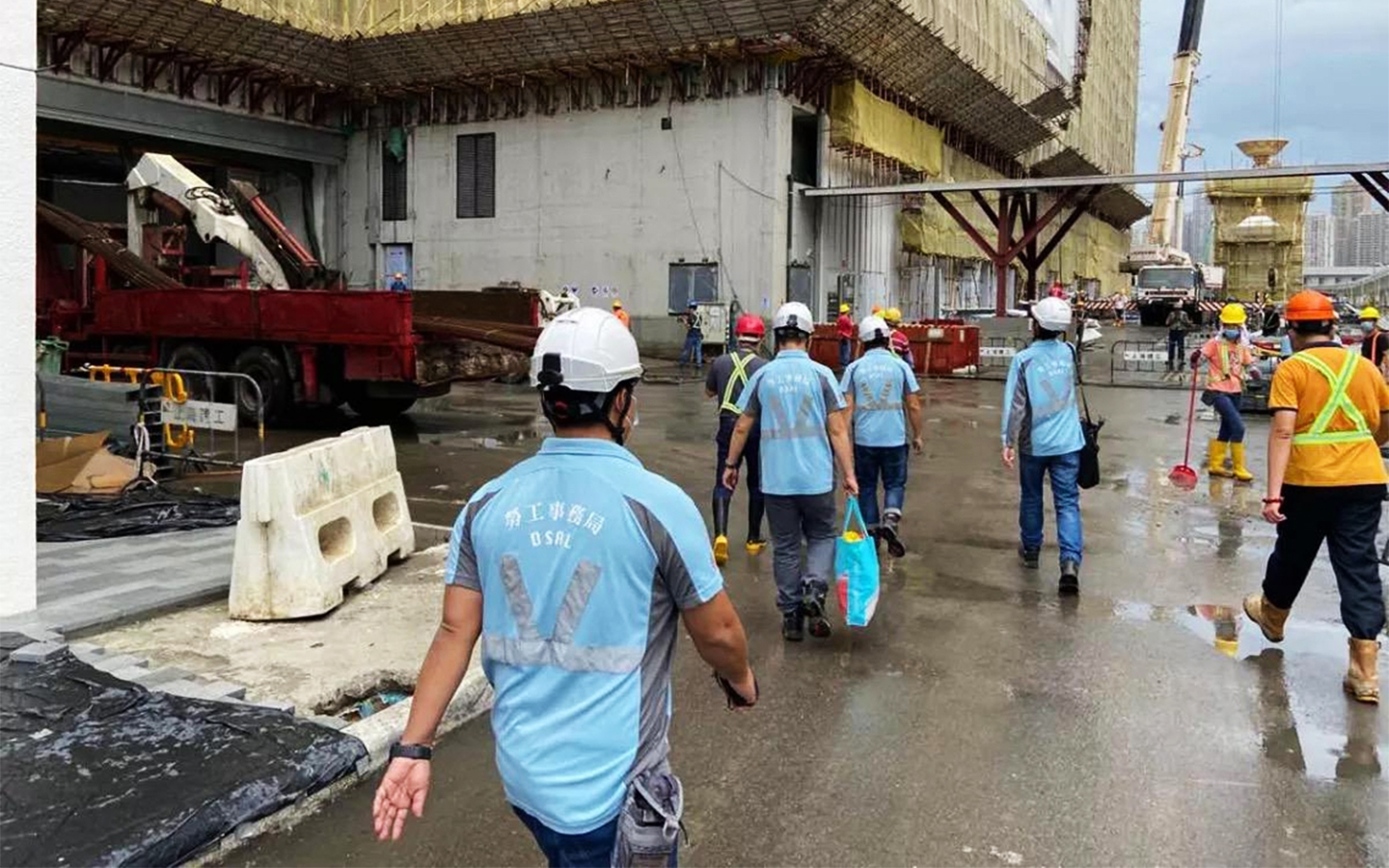 A 31-year-old mainland Chinese man died after he fell from a building at Galaxy Entertainment Group’s (GEG) Phase 3 construction site in Cotai at 9:10 am yesterday.

A Judiciary Police (PJ) statement said that after investigation, it was found that the man was in charge of laying wire on the building’s ground floor. Workers at the site witnessed the man falling from a height of around five storeys.

The man’s supervisor told police that the wiring work has already been completed. The supervisor also said that he had not told the victim to go to the fifth floor to work, adding that the construction company did not understand why he would have fallen from that floor.

Police noticed open fractures on the man’s back, elbows and ankles, which were injuries consistent with falling from a height.

At the hospital, police verified that the man, who has not been identified, was wearing safety gear. The spokesman said police suspected that the case involved an industrial accident and police officers and the Labour Affairs Bureau’s (DSAL) personnel arrived at the scene for further investigation.

Police classified the case as a dead body found.

A DSAL statement said that the bureau was paying close attention to the accident and temporarily stopped staff at Galaxy Phase 3 from working anywhere higher than two metres above the ground. The bureau said that the construction company has the responsibility to ensure its workers’ safety.

The bureau vowed to continue investigating the accident and extended its deepest condolences to the man’s bereaved family while undertaking to follow up on compensation and provide suitable assistance to the family.

Following the accident, a GEG representative told The Macau Post Daily that “GEG takes the health and safety of all the workers on-site as a priority.

“With regard to the accident, we would like to express our sincere regrets and extend our most heartfelt sympathies to the family members of the worker.

“GEG has promptly and fully cooperated with government authorities in carrying out rescue work and investigation and ensured the relevant contractor will strictly abide by the guidelines issued by the Labor Affairs Bureau.

“In addition, GEG has and will continue to work with the relevant contractor to provide necessary assistance to the family members of the worker and handle the related compensation matters.

“To closely follow up with the case, GEG will continue to fully cooperate with government authorities and also the relevant stakeholders. Since the case is under police investigation, no further information can be provided at this stage.”